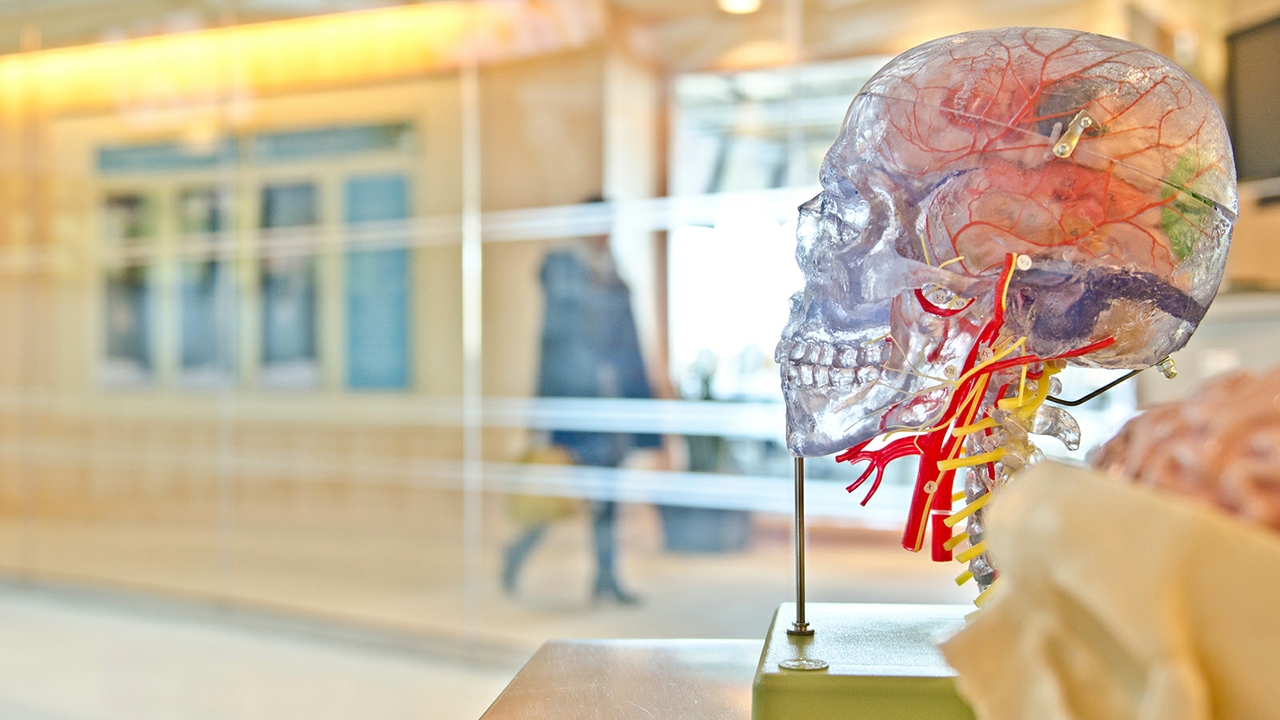 Why this common imaging tool may be the future of neurological treatments
By Elizabeth Dwyer December 04, 2018
Categories: Inside UNM Psychology

After decades of medical dramas filling our TV screens, the figure of a technician wielding an ultrasound wand is so prolific, it’s easily called to mind. Even if you’ve never needed an internal abdominal exam, the steps are familiar: The clear, cool gel on the belly; the pressing of a sturdy, plastic device against the patient’s torso; the grainy images that appear on a nearby screen…

Expanding on this traditional use for ultrasound technology, Professor Vince Clark at The University of New Mexico’s Psychology Clinical Neuroscience Center asked the question, “What would happen if we pointed an ultrasound wand not at the abdomen, but at the head?”

This new research takes the ultrasound system that is commonly used for imaging and applies it to boosting brain function.

“A measure of brain excitability changes when the ultrasound device is directed at the brain,” Clark says. “Two minutes of ultrasonic imaging to the head produces about eight minutes of enhanced brain activity, and then it returns to normal after this.”

Unlike other forms of treating the brain, ultrasound technology is both precise and readily available. With widespread access to ultrasound wands, patients everywhere – from large hospitals to private practice to rural community medicine – could benefit from these advances.

“This is potentially a new way to research brain function, and ultimately to enhance human cognition, and may one day also be useful to treat the most common types of brain and mental illness,” Clark says.

Those top five issues include depression, anxiety, alcohol and drug abuse, Alzheimer’s and schizophrenia. In Clark’s estimation, using ultrasound technology to treat the brain could be well underway in as little as ten years, with the ultimate goal of creating better forms of healthcare and treatment than we have now. Fewer side effects, more effective treatment for illnesses, and less reliance on some of the more dangerous treatments used now.

Using ultrasound technology to treat the brain could also reduce provider and patient dependence on pharmaceuticals and risky surgeries. According to Clark, prescription drugs can minimize a patient’s symptoms, but they aren’t really treatments for the underlying problems.

“If we can guide the brain to remap and reorganize itself in a healthier way,” Clark says, “and people’s brains stop acting sick, then people might feel and act better on a fundamental level.”

This experiment is a part of an Army Research Laboratory (ARL) sponsored project to develop new methods to enhance attention and perception. ARL scientists also collaborated on the study.