Cultural ties between Spain and the University of New Mexico were rekindled when seven pilgrims from Agreda, Spain came to visit UNM and the Center for Southwest Research & Special Collections, as part of their sojourn to New Mexico.

The Spanish visitors wanted to learn what resources University Libraries had regarding their 17th century heroine - the Venerable Sor María de Jesus de Ágreda, known to many as the Lady in Blue. They are working to advance the cause of sainthood for Sister Maria, a Franciscan nun who established and headed a convent in Agreda, wrote 14 acclaimed books, advised the King of Spain, and was known to have performed hundreds of "bilocations."

Without physically leaving her town of Agreda in Spain, she was said to have appeared to the native Jumanos in New Mexico and Texas, including the area that came to be the Salinas Missions and today's Mountainair. She wore the blue garment of the Franciscans and hence the natives called her "the Lady in Blue."  Maria lived from 1602 until 1665, but miraculously her body is still intact in the convent. Our regions share centuries of history.

At the Center for Southwest Research & Special Collections, archivist Nancy Brown-Martinez surprised the group with a selection of scholarly and popular sources, as well as Spanish colonial-era document facsimiles relating to Sor Maria, a good many of which they had not yet seen. A lively presentation in Spanish by Brown-Martinez was followed by discussions. The group was interested to learn of the "Quick Search" on the library's homepage, which produced more than 100 hits on books, articles, and other sources on Sor Maria de Agreda. The Agreda travelers particularly liked the sources from Spain revealed in the search.

They saw the papers of UNM Spanish colonial historian and Professor Emeritus John L. Kessell, containing his research on the Blue Lady in New Mexico, and the photostat documents about Fray Alonso de Benavides, Sor Maria and the New Mexico missions collected by Professor Lansing Bloom from the "Propaganda Fide" files of the Vatican Library (MSS 841) and the Biblioteca Nacional de Mexico (MSS 867). But the highlight at the end of the tour may have been the CSWR's overhead digital scanner in the Anderson Reading Room — a true leap from the 17th to the 21st century.

Kessell once wrote: "I've always felt a special affinity for Sor Maria de Jesus since we share the same birthday, April 2. Her bi-location and her intimacy with the Blessed Virgin impress me, but no more than her close friendship with weak-kneed King Felipe IV of Spain and the ability of this tall, striking nun as a fund raiser for her convent among the 1 percent of her day. Such a remarkable woman!"

The UNM tour was led by Wardene Crowley, an "Agreda in America" liaison and former UNM adjunct professor in Religious Studies, as well as Professor Anna Nogar, Spanish & Portuguese, who is soon to publish Sor Maria de Agreda, Impact on the Southwest, with University of Notre Dame Press. Also in attendance at the session in the library was Professor Larry Larrichio, Latin American & Iberian Institute, who just finished teaching a summer class on the Salinas mission of Abo, and Distinguished Professors Enrique Lamadrid, chair, Spanish & Portuguese, and Ted Jojola, Community & Regional Planning, and member of the Pueblo of Isleta. Student Caroline Muraida, who had researched the Lady in Blue for Larrichio's class, was also present, as were Ann Massmann and Samuel Sisneros of the Center for Southwest Research.

The visitors from Spain spoke of their wish for Sor Maria to be recognized as the intellectual she was, and as the person who developed the convent's library — both very fitting to be remembered during this visit to the university. The delegation presented the Center for Southwest Research with a collection of materials from Agreda representing Maria and her surviving convent, including a hymn and a relic of her clothing. These will be added to the Center's collections for the benefit of researchers who wish to know more of this "bilocated" part of New Mexico's and Spain's history.

The pilgrim's tour at UNM continued on with a visit to Professor Anthony Cardenas, Spanish & Portuguese, who travels to Agreda with students to study the writing of Sor Maria de Agreda. At the Aquinas Newman Center on campus, the group was welcomed by Brother Albert and a mass celebrated by the pastor, Fr. Dan Davis, O.P. The Newman Center visit was professionally videotaped for a future documentary and a student member was interviewed to share her experience of visiting Agreda, Spain.

The Agreda group's visit was a personal one, said Consuelo Campos Martinez, "but since we met with so many people, it almost became official." The objectives of this trip were "to visit some of the places where Sor Maria is remembered, talk to people who admire her for cultural or religious reasons, and start working together to reopen the cause and exchange experiences." 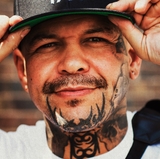 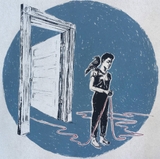