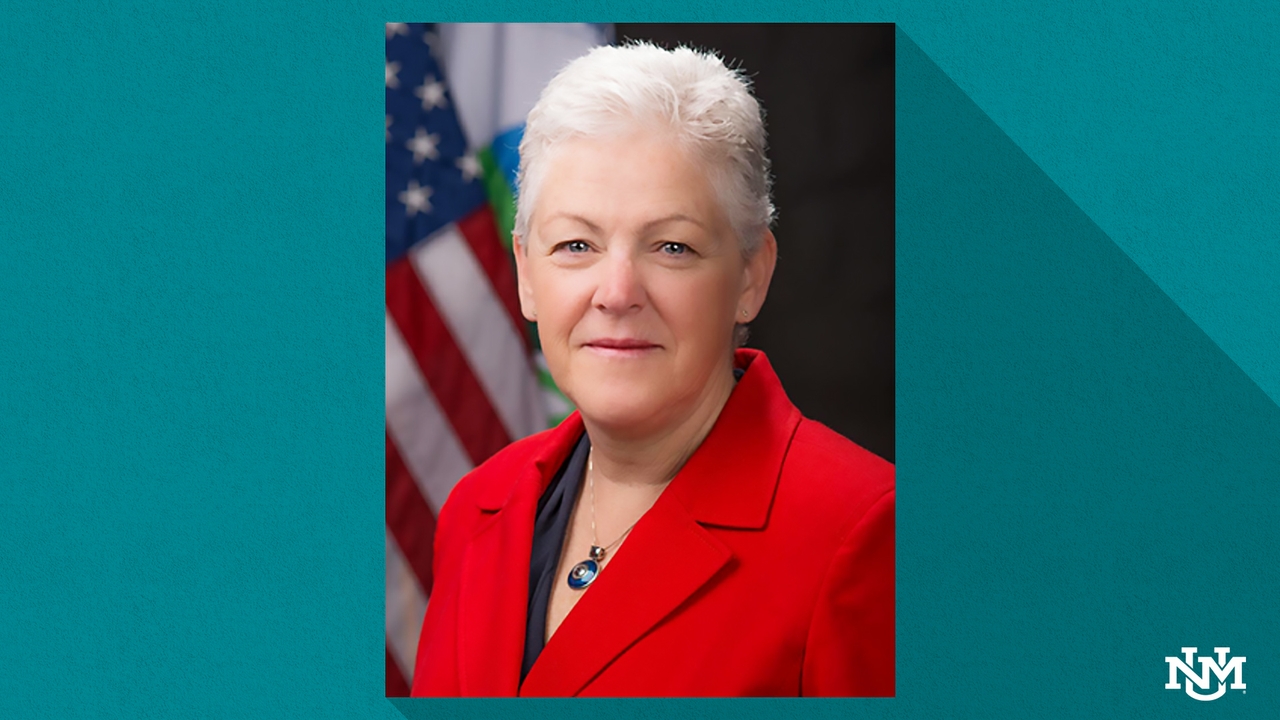 Speaker known for pragmatic approaches and thorough understanding of all sides of environmental discussions
April 12, 2018
Categories: Inside UNM School of Law

Obama-era Environmental Protection Agency leader Gina McCarthy has something to say, and it will be at The University of New Mexico School of Law.

McCarthy led the EPA from 2013 to 2017, during a period that included passage of the federal Climate Action Plan, the Clean Power Plan and the Paris Climate Agreement. She will address sustainability, world health and climate change in a talk on Wednesday, April 25 at 5:45 p.m. in the Law School Forum.

Former Administrator McCarthy is known for delivering lively and thought-provoking talks on ever important issues related to environmental protection, resources and climate change. She welcomes questions and engages fully on the issues. The talk is free and open to the public, but attendees must register online in advance as the event is expect to reach capacity.

A career public servant in both Democratic and Republican administrations, McCarthy has been a leading advocate for common sense strategies to protect public health and the environment for more than thirty years. As the head of EPA under President Obama, she led historic progress to achieve the administration's public health and environmental protection goals and Climate Action Plan.

Internationally, McCarthy worked with the UN and WHO on a variety of efforts and represented the U.S. on global initiatives to reduce high risk sources of pollution. Known for her pragmatic approaches and disarming, plain-speaking style, McCarthy has earned the respect of the environmental, public health and business communities with her thorough understanding of all sides of climate, air quality, chemical safety, environmental justice and health equity, and water, land and natural resource protection and restoration discussions.

Before joining EPA, she served five Massachusetts Democratic and Republican administrations and was Commissioner of the Connecticut Department of Environmental Protection. She joined EPA in 2009 as Assistant Administrator for the Office of Air and Radiation. In 2013, she was chosen by President Obama to spearhead his climate efforts at the federal level as EPA Administrator.

For information on School of Law Campus Map & Driving Directions visit their website.

Visitors may park in the law school parking lot, "L" lot, except in the spaces that are reserved for persons with handicap placards. In the event that the "L" lot is full visitors may also park in the adjacent "M" lot or "G" lot which is located at the intersection of Tucker and University. Parking on the surrounding neighborhood streets may be restricted and guests are urged to heed any signs to that effect.