By Karen Wentworth May 03, 2012
Categories: Inside UNM
The UNM Department of Mechanical Engineering has celebrated a year of academic achievement by awarding scholarships to students and accolades to faculty members and distinguished alumni.  Department Chair Chris Hall has inaugurated an Academy of Distinguished Alumni. The department has more than 3,000 living alumni, many of whom have distinguished themselves through technical excellence and leadership.  This year nine alumni were named to the academy.

Alice Agogino
Alice Agogino is the Roscoe and Elizabeth Hughes Professor of Mechanical Engineering and director of the BEST Laboratory at the University of California at Berkeley.  She earned her Bachelor of Science in Mechanical Engineering at UNM in 1975 and went on to earn a Master of Science degree at the University of California at Berkeley and a Ph.D. at Stanford University. She has received many accolades in her career at UC Berkeley, including the National Science Foundation Presidential Young Investigator Award and the Society of Automotive Engineers Ralph R. Teetor Educator Award.  She was given the UNM School of Engineering Distinguished Alumna Award in 1992.

Larry Bickle
Larry Bickle is a retired private equity investor with extensive experience in the energy industry, including more than 25 years experience in oil and gas exploration and production.  Bickle earned his Ph.D. in Mechanical Engineering at UNM in 1972.  He earned his B.S. from Rice University and his M.S. from the University of Texas.  Bickle was Chairman of the Board and Chief Executive Officer of TPC Corporation, a New York Stock Exchange listed gas storage, transportation and marketing company that he founded.  Bickle is also a director of UniSource Energy Corporation, the parent company for Tucson Electric Power Company.  He received a Distinguished Alumnus Award from the UNM School of Engineering in 2006.

Bruce Benton
Bruce Benton grew up in the Albuquerque area and had a lifelong love of flying.  He was a student in the Class of 1940, but World War II intervened and he joined the U.S. Army Air Corps as a flight instructor.  As a student, he was the ring leader of a group of ME students who procured the "LeRhone Rotary" aircraft engine that currently resides in the entrance of the ME building.  During World War II, he flew supplies "across the hump" and has many hair-raising tales to tell about flying across the Himalayas.  After the war, he became a commercial airline pilot for Continental Airlines and logged over 30,000 hours of flight time.  He survived three mid-air collisions – one of the few people ever to do so.  Benson was honored as a Mechanical Engineering Outstanding Alumnus in 1996.

George Friberg
George Friberg earned his B.S. degree in Mechanical Engineering in 1962.  While at UNM, Friberg demonstrated his expertise in movement of symmetrical gas-filled objects as both quarterback and team captain of the Lobo football team.  He is currently senior director for Technology Ventures Corporation, a company founded by Lockheed Martin, and has been involved with technology business endeavors during his career as an engineer, manager and executive in manufacturing and small entrepreneurial companies specializing in defense hardware, lasers, pulsed power, communications satellites, missile electronics, and remote control systems for steel and mining production applications.  He is an adjunct professor in the Department of Finance, International, Technology & Entrepreneurship in UNM's Anderson School of Management.

Allen Fuhs
Allen Fuhs is a Distinguished Professor Emeritus at the Naval Postgraduate School.  Fuhs received his Bachelor's degree in mechanical engineering at UNM in 1951 and became the first UNM mechanical engineering graduate to earn a Ph.D., which he received in 1958 at the California Institute of Technology.  Fuhs has been elected fellow of four different professional societies and has been elected to the International Academy of Astronautics and to the International Space Hall of Fame.  At UNM has received the Erna Fergusson Award, as well as the Distinguish Alumnus Awards from the Mechanical Engineering Department and from the School of Engineering.

Eric Jumper
Eric Jumper is Professor of Aerospace and Mechanical Engineering at the University of Notre Dame.  He received his Bachelor's degree in Mechanical Engineering at UNM in 1968, then earned a Master's degree at the University of Wyoming and a Ph.D. at the Air Force Institute of Technology.  Prior to joining the faculty at Notre Dame, he held faculty positions at the United States Air Force Academy and at the Air Force Institute of Technology.  Among his many honors, he was elected as a fellow of the American Institute of Aeronautics and Astronautics.  In 1997 he was recognized as an Outstanding Alumnus of the UNM ME Dept.

Bill Miera
Bill Miera is founder and CEO of Fiore Industries, Inc.  He was born and raised in Albuquerque, earning a Bachelor's degree with distinction in Mechanical Engineering in 1980 and a Master's with a specialization in robotics from UNM.  He helped found and is a past president of the New Mexico Chapter of the Society for Hispanic Professional Engineers. He has twice received the President's Award from the Society of Hispanic Professional Engineers, and has served on the Mechanical Engineering Advisory Council since 2001.  In 1999, he was presented with the School of Engineering Distinguished Alumnus Award.

Heinz Schmitt
Heinz Schmitt retired from Sandia National Laboratories as Chief Engineer and Vice President for Weapons System Development.  He received his Bachelor's degree at Brooklyn Polytechnic Institute before joining SNL.  At Sandia, he was selected to pursue a Master's degree in Mechanical Engineering at UNM.  He later earned his Ph.D. from Oklahoma State University. He has received the Secretary of Defense Medal for Outstanding Public Service and the Melvin R. Lohmann Medal from Oklahoma State University.  In 2007 he was honored as a UNM School of Engineering Distinguished Alumnus.

Jack Thompson
Jack Thompson spent 39 years at Chrysler and Daimler Chrysler beginning as a product engineer in 1964 and retiring as director of the Computer Aided Engineering and Concept Development Division in 2004.  Thompson earned his Bachelor's with Distinction in the Mechanical Engineering Department at UNM in 1961.  He earned a Master's degree at Stanford University and a Ph.D. from the University of Detroit.  He is a fellow of the Society of Automotive Engineers, and was honored as a School of Engineering Distinguished Alumnus in 2004.

This year there are nearly 400 undergraduate and graduate students in the ME Department, which first awarded Bachelor's degrees in 1933.

Faculty Recognition
The department recognized five faculty members who have received national or regional recognition during the past year.

Associate Professor Tariq Khraishi joined the ME Department in 2000, after completing his Ph.D. at Washington State University.  He is a fellow of the American Society of Mechanical Engineers.  In 2011 he received the Outstanding Teaching Award from the ASEE Gulf-Southwest Section for his excellence in teaching and mentoring students.

Associate Professor Andrea Mammoli has been with the ME department since 1997, following two years as a post-doctoral fellow at Los Alamos National Laboratory.  He earned his Ph.D. at the University of Western Australia.  In 2011, he was presented with the Energy Educator of the Year award by the NM Association of Energy Engineers.

Assistant Professor Svetlana Poroseva joined the ME Department in 2010.  She has previously been a research scientist at Florida State University.  Poroseva earned her Ph.D. at Novosibirsk State University in Russia.  In 2011 she received a STC.UNM Creative Award for her work on a copyrighted software product called the Power System Graph Converter.

Professor C. Randall Truman has been with the ME Department since 1981.  He earned his Ph.D. at Arizona State University.  In 2012 Truman received a Special Service Citation from the American Institute of Aeronautics & Astronautics at the 50th Annual Aerospace Sciences Meeting.  The citation reads "for dedicated service and superior leadership as the chair of the Honors and Awards Subcommittee of the AIAA Student Activities Committee during a decade of unparalleled growth in AIAA's recognition program.

Associate Professor Peter Vorobieff joined the department in 1999.  He previously served as a research associate at Los Alamos National Laboratory after earning his Ph.D. from Lehigh University.  Professors Truman and Vorobieff discovered a new fluid mechanics instability in shock-accelerated multiphase flow.  This discovery was cited as a Top 10 UNM Research news story for 2011.
Tags: Academy of Distinguished Alumni School of Engineering 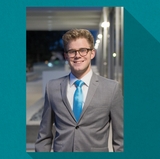 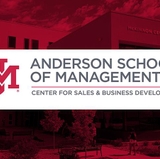 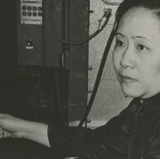 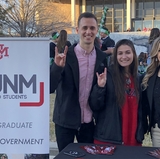