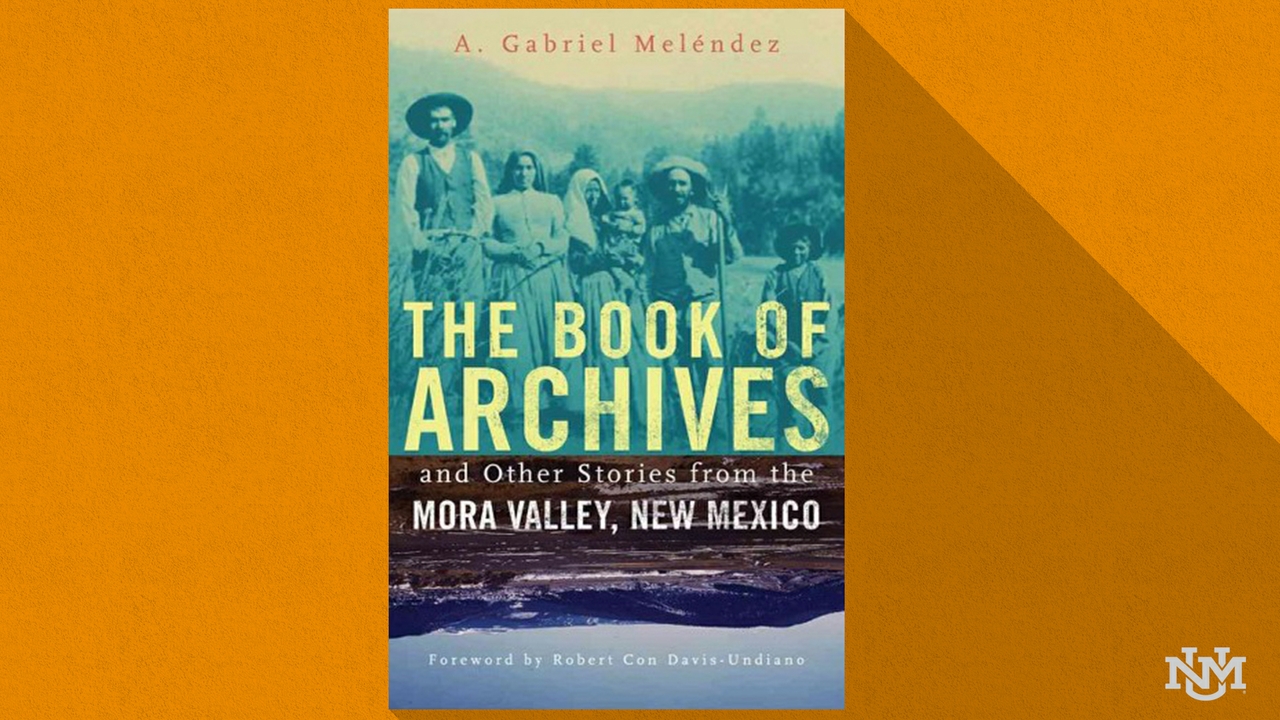 A. Gabriel Meléndez, a Distinguished Professor of American studies at The University of New Mexico and author of several books including “The Book of Archives and Other Stories from the Mora Valley, New Mexico,” which is his latest book that strings together humorous, tragic and quotidian vignettes about historical events and unlikely occurrences, creating a vivid portrait of Mora, both in cultural memory and present reality.

In the shadow of the Sangre de Cristo Mountains, New Mexico’s Mora Valley harbors the ghosts of history: troubadours and soldiers, Plains Indians and settlers, families fleeing and finding home.

There, more than a century ago, villagers collected scraps of paper documenting the valley’s history and their identity—military records, travelers’ diaries, newspaper articles, poetry and more—and bound them into a leather portfolio known as “The Book of Archives.” When a bomb blast during the Mexican-American War scattered the book’s contents to the wind, the memory of the accounts lives on instead in the minds of Mora residents. Poets and storytellers pass down the valley’s traditions into the 20th century, from one generation to the next.

A native of Mora with el don de la palabra, the divine gift of words, Meléndez mines historical sources and his own imagination to reconstruct the valley’s story, first in English and then in Spanish. In this pathbreaking dual-language volume, Meléndez joins their ranks, continuing the retelling of Mora Valley’s tales for our time.

In an interview with Pasatiempo, an award-winning arts and culture magazine published by The New Mexican, Meléndez describes himself in the book as the valley’s latest chronicler.

“I’m always talking to people from Mora, and they’re always telling me stuff,” he said. The book is divided into English and Spanish sections, though both languages occur within each section. “Sometimes I’ll start in one language and write as far as I can and then I’ll go into the Spanish and I’ll write up another version. I try not to translate — the idea is to render another version with the appropriate choices of words and style that kind of makes it more evocative. A lot of them start in Spanish because some conversation I heard would come to me, some line, something somebody said.”

He said he began to record the stories beginning in the 1980s, but he is grateful he waited three decades to finish them. “That’s sort of the process of this tradition,” he said. “You might just get a little fragment and then somebody tells you another part of it and another part of it and so it expands. You kind of have to go through your life to get some of these stories. “

“The Book of Archives and Other Stories from the Mora Valley, New Mexico,” can be purchased on Amazon.

Other books Meléndez has published include Spanish Language Newspapers in New Mexico, 1834–1958 and Hidden Chicano Cinema: Film Dramas in the Borderlands.

Meléndez, a well-established scholar of southwest borderland studies who was appointed director of UNM's Center for Regional Studies in March 2017, obtained his doctorate from UNM in 1984 after teaching at the University of Utah in Salt Lake City, and at Mills College in Oakland, Calif. He returned to UNM to complete a Rockefeller Humanities Fellowship at the Southwest Hispanic Research Institute in 1991 and joined the American Studies faculty in 1994.