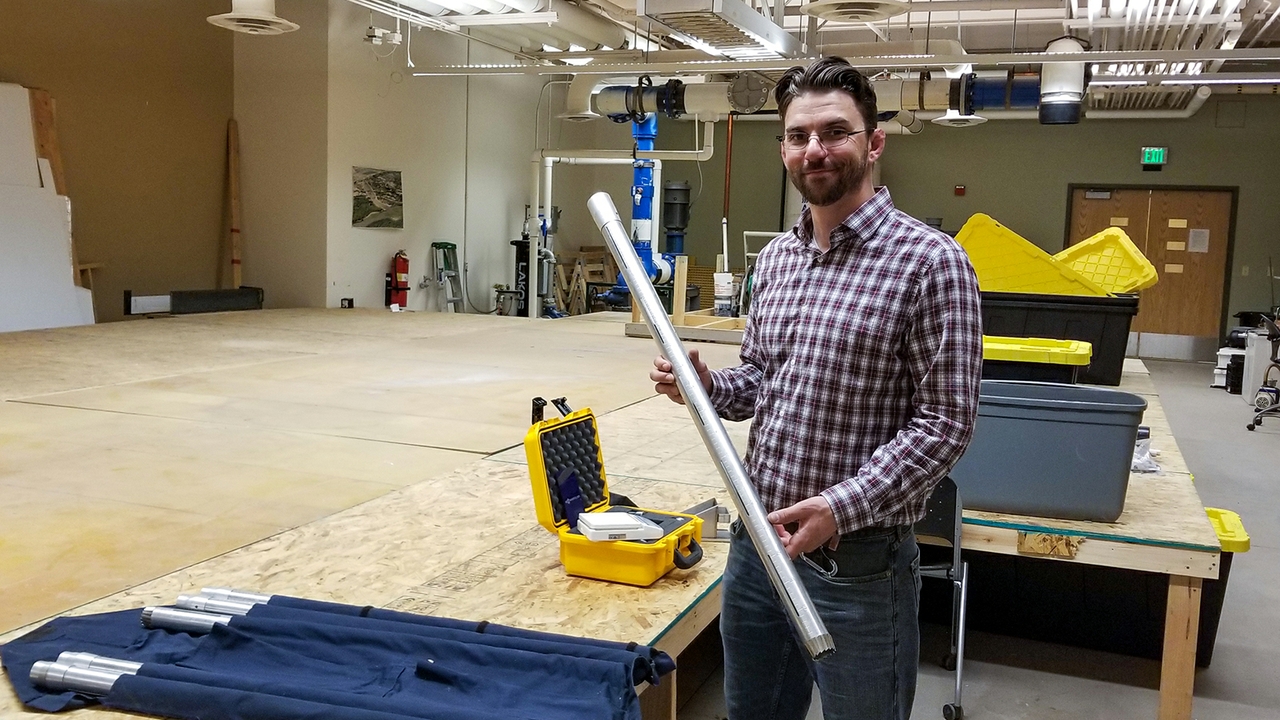 Ryan Webb in the Water Resources and Hydraulics Lab in UNM's Centennial Engineering Center with a Federal Snow Sampler used in the field to measure snowpack and meltwater. 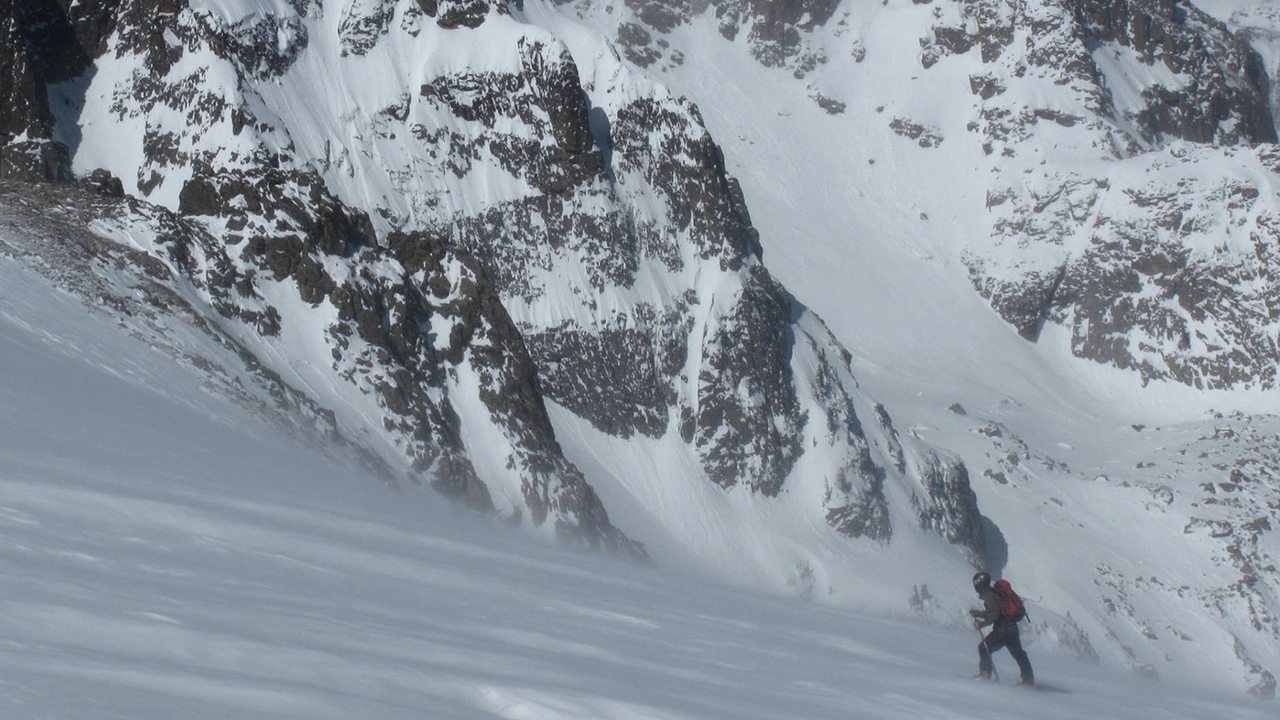 The American West stretches from the sandy shores of the Pacific to the peaks of the Rockies, its diverse landscapes of deserts, foothills, beaches, mesas, grasslands, and mountains boasting of sunshine in the summer and snowpack in the winter. Water is of utmost importance to these diverse landscapes and their delicate ecosystems.

Due to the changing climate and the drought affecting many communities, citizens and policymakers of the West are often focused on water—how much we have, how much we will need, and where it will come from. Mountainous snowpack is particularly consequential because it accounts for a majority of water supply in many parts of the West, and in order to make informed water policies, we must first understand the science behind snowpack and how it interacts with the environment.

While many research projects focus on interactions between snowpack and soil, there is a major knowledge gap regarding “meltwater,” which is liquid water trapped between the mountain soil and the frozen snow. UNM Department of Civil, Construction and Environmental Engineering research assistant professor Ryan Webb is hoping to bridge this knowledge gap. As an expert in snow hydrology, Webb understands the importance meltwater plays in the dynamics of flow paths off a mountain into other water systems.

“I enjoy the challenging problem that water flow through snow presents. It is very difficult to study a process of water flowing through a medium that is constantly changing,” said Webb.

His research project, Extending the vadose zone: characterizing the role of snow for liquid water storage and transmission in streamflow generation, funded by the National Science Foundation (NSF), examines the manner that snowmelt flows through a mountain snowpack, and how that flow affects the way spring runoff reaches streams and reservoirs. “Vadose zone” is the area between the surface and the regional groundwater table—Webb’s research title indicates his team extends that zone to include the ice and meltwater underneath snowpack.

“The flow of water through snow has been called the most complex problem in snow hydrology,” explains Webb. “While models predict how snowmelt may change in a future climate, no model takes the storage and flow of meltwater through snow into account.”

The research goal is to characterize the physical mechanisms that control snowmelt delivery to streams in headwater basins by first mapping and analyzing seasonal dynamics of meltwater using equipment including drones, radar, GPS, and soil moisture sensors, then using models to study multiple representations of these hydrologic processes. This work builds upon decades of research by other experts in hydrology and ecological processes. Webb believes improved understanding of distribution, movement, and storage of liquid water in a snowpack will transform the scientific community’s ability to monitor and better predict snowmelt properties and behavior.

“I want to be sure that our predictions for future water resources are as accurate and representative as possible,” he says, “that way the communities that rely on snowmelt can make informed decisions about water resources.”

Though the bulk of Webb’s field work takes place outside New Mexico at the Niwot Ridge Long-Term Ecological Research station near Boulder, Colo., the information gained from his research will add to the expertise on water sustainability for mountainous regions dependent on snowpack, including those in New Mexico, and has the potential to help future water sustainability research projects around the state, including those supported by UNM’s Grand Challenges.