Michael Shepherd, chairman and Chief Executive Officer of Bank of the West and BancWest Corporation, will discuss the recovery from the nation's financial crisis as part of the McKinnon Distinguished CEO Lecture Series in the Jackson Student Center at the UNM Anderson School of Management on Tuesday, Dec. 7 at 6:30 p.m.

Shepherd's lecture, "Rebuilding a Strong and Trustworthy Financial System," will examine the causes of the financial crisis, responses by governmental authorities and institutions, and the important role that banks play in financing the economy and individual dreams.

As chairman and CEO, Shepherd oversees one of the largest banking companies in the Western United States and its team of more than 12,000 employees. BancWest operates a network of more than 750 commercial and retail banking locations throughout 20 Western, Rocky Mountain and Midwestern states and has representative offices in New York, Tokyo and Taipei. Throughout its 135 year history the bank has remained financially strong. BancWest Corporation is a subsidiary of BNP Paribas Group, which is the world's largest bank by assets and among the six strongest global banks, according to Standard & Poor's.

Shepherd is a graduate of Stanford University and the University of Michigan Law School. He joined Bank of the West in 2004 as Executive Vice President and General Counsel and subsequently assumed additional responsibilities as Chief Administrative Officer and President.

In addition to serving as chairman and CEO of Bank of the West and of BancWest Corporation, the parent company of Bank of the West and First Hawaiian Bank, Shepherd is a director of First Hawaiian Bank, Pacific Mutual Holding Company, Pacific Life Insurance Company and Promontory Interfinancial Network, and a member of the Advisory Board of FTV Capital. Before 2004, Shepherd served as General Counsel of The Bank of New York Company, Inc. and of Shawmut National Corporation. Shepherd also served in government as Senior Deputy Comptroller of the Currency, Associate Counsel to the President of the United States and Deputy Assistant Attorney General.

Seating at Anderson's McKinnon Distinguished CEO Lecture Series is limited. Reserve your space at McKinnon Distinguished CEO Lecture Series or telephone Natalie Mead at 505.277.6413. Parking is available in the new parking structure located at Lomas and Yale, a short walk to the Anderson School. Metered spaces require credit or debit cards; cash is not accepted.

Ian and Sonnet McKinnon live in Greenwich, Conn. with their two children. Sonnet is an Anderson alumna who graduated with a BBA in 1993. Both Sonnet and Ian remain active in New Mexico and are very committed to its long-term well being. This newly endowed lecture series is a strong expression of their commitment to UNM and the Anderson School, and to New Mexico's business community.

The endowed CEO Lecture Series will be held once or twice a year and will provide a glimpse into the minds of successful entrepreneurs and business leaders. These distinguished lecturers will articulate lessons learned and provide insight into our complex business world. Students, alumni and the business community will benefit from discussions ranging from business ethics to practical applications of academic theory. Lectures are free and open to the public. 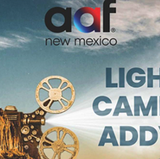 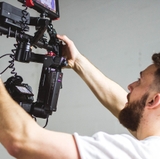 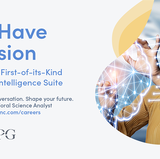