UNM planners are starting the preparation process to construct an addition on the west side of the recently completed Science & Math Building with $5 million appropriated from the state severance tax fund by the New Mexico Legislature.

The space will house organic chemistry labs as well as mathematics offices and support services. The addition was intended to be part of the original Math and Science building, but money ran short and the building project was reduced in size.

Voters statewide approved General Obligation Bond C, which included $19 million for projects on UNM's main campus, which will be combined with $850,000 appropriated in severance tax bond money by the 2013 session of the New Mexico legislature. Money to renovate Clark/Reibsomer Hall was approved was part of that GO Bond. Construction is estimated to begin in early fall 2014.

"That will be a particularly complex project because the building is occupied and the project will affect many of the buildings' mechanical, electrical, and Information Technology systems," said Associate Director of Capital Projects Rick Henrard.

In addition to these two projects, the first and third floors of Castetter Hall will be built out complete with upgrades to improve overcrowded and outdated labs, eliminate the need to store equipment in halls, as well as eliminating the need for offices to serve as resource libraries and to accommodate projected growth of 10 percent through 2014. Construction is expected to be completed in the summer of 2014, so faculty and students will have new labs for the fall semester.

The Department of Biology, which is housed Castetter Hall, is the largest department in the College of Arts and Sciences, serving approximately 2,000 students, 90 percent of whom are from New Mexico. Over the past 10 years, biology majors have increased 275 percent. Additionally, the biology department generates UNM's highest annual research funding of more than $15 million in grants per year

Building classroom and lab space at UNM is frequently a complex process because the money sometimes comes in pieces. It's also complicated because there is no place on main campus to relocate faculty and students during construction.

"We don't have any surge space on the main campus," UNM Architect Robert Doran said. "So there is no place to move faculty and research labs while construction is in progress in those buildings."

Life will eventually get better for chemistry, math and biology faculty and students, but it won't happen immediately. The building expansions and renovations will be extensive and will include new HVAC and electrical system upgrades to meet air quality, power and environmental standards. 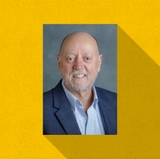 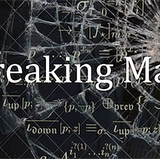