Over 80 countries will be represented at the fair along with more than 20 faculty-led programs, 40 different partners, study abroad advisors, and current and past study abroad participants.

"UNM study abroad participation has increased seven percent from the previous academic year and 66 percent from the 2012-2013 academic year when President Frank made global initiatives an institutional priority," said David Wright, director for GEO Education Abroad. "This number is more than double the national average for study abroad participation indicating more Lobos are going global than ever before."

The fair is meant to encourage students consider studying abroad by providing them with the perfect opportunity to gather more information about the options that currently exist at UNM. UNM offers both long and short term programs that relate and count directly towards degrees and majors not typically associated with study abroad.

Some examples include one-week to year-long programs in departments such as medicine, nursing, engineering, physical therapy, and law going to countries including the Dominican Republic, Guatemala, Bolivia, Japan, and Spain. 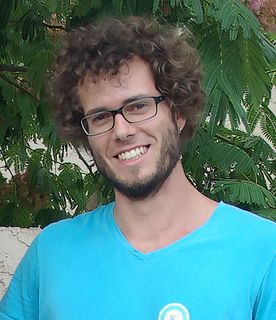 Alexander Marx, a current exchange student from Germany, says participating in the program is the best decision he has made for his education.

"The Study Abroad Fair is an excellent time to ask questions informally and just get some overall information about how to make your time abroad possible," said Charla Henley, an international program advisor.

"Little did I know that making the decision to study abroad would have to most profound effect on my life so far. The four months I spent traveling around the world changed my outlook on life, built my character, and will forever be remembered as the best time of my life," said Helper. "I encourage even the most introverted people to at least research the amazing opportunities our GEO office provides."

Helper was able to earn credits as a full-time student for the classes he took overseas, allowing him to be able to graduate on time.

Beyond finding specific programs for a major, several options for funding, such as scholarships, grants, and financial aid exist and will be explained in-depth at the fair. Several scholarships, including UNM-based ones, can help pay for the expenses included in study abroad. There are programs offered in Africa, Asia, Oceania, Central & South America, the Middle East, and Europe, for the same price as UNM tuition, for example.

Henley said that through using financial aid, scholarships, and grants study abroad is feasible for most UNM students. Studying in locations with a lower cost-of-living can also be a way to contain the cost of an international education experience.

Alexander Marx, a current exchange student from Germany said, "Studying abroad was and still is the best thing I have ever done. There is nothing better to expand your horizon, work on your language skills and make friends with people from all over the world than going to another country for a semester or two or even longer."

Current exchange students, like Alex, will be at the fair, ready to answer your questions about the experience of learning abroad.

Not only will the fair be information packed, there will be Mexican paletas sold by Satellite Coffee, a perfect way to refresh in-between classes.

For more information about the upcoming fair, events, and programs visit the study abroad website.