As thousands of University of New Mexico students prepare to receive their diplomas, many are looking back to reflect on what it took for them to get to this point. Some may credit their family and friends for supporting them, while others may have overcome personal barriers. For one UNM marketing student though, his motivation came from an unexpected place, during a time that could have crushed him; his mother’s battle with cancer. 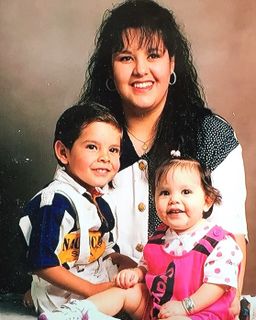 Armijo as a child, pictured with his sister and mother.

After graduating from Pecos High School in 2010, Mario Armijo moved to Albuquerque to start taking classes at Central New Mexico Community College (CNM). To his own admission, he wasn’t very driven.

After a semester at CNM, Armijo moved back to the Santa Fe area and continued going to Santa Fe Community College. Aside from the change of scenery, he says everything else stayed the same. He continued taking classes he wasn’t interested in, without much of a plan or idea for what he wanted out of life. Out of nowhere, all of that was about to change.

“I want my mom to know that I’m proud of her and I thank her every day for being as strong as she was because she saved me.” –Mario Armijo

On his way to school one morning, Armijo got a call from his mother with some of the worst news any family can get; she had Type 2, Non-Small Cell Lung Cancer. Armijo says the diagnosis was both shocking and terrifying.

“It’s one of those things that’s hard to explain. It just kind of hits you like a brick wall,” he said. “They didn’t think she was going to live very long, maybe a few years at the most if she was lucky. When you hear something like that you just kind of freak out.”

Armijo says the next several months were tough, obviously. With the uncertainty of a cancer diagnosis and seeing his mother start treatment, he wasn’t sure what the future would bring. But, instead of letting all of that break him, he says he actively decided to use it to drive him. 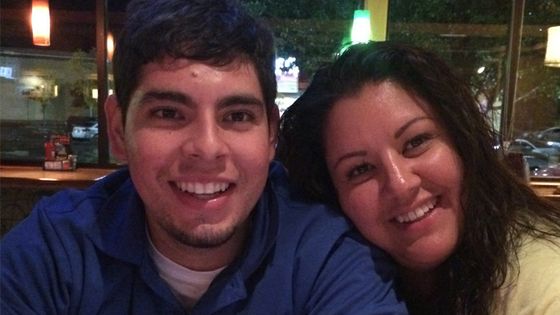 “My mom was working 40 hours a week and then going to chemotherapy, and she never complained,” he said. “Something about the way she was able to do that really inspired me to get it together.”

Armijo used his mother’s strength to focus him. He started applying himself in school and ended up being accepted to UNM, all while his mom was still fighting. But soon, that fighting turned into winning, when her cancer went into remission during his first semester at UNM. It was a miraculous turn of events that no one expected.

Unfortunately, that wasn’t the end of her battle though. A short time later, doctors once again found tumors inside her body. She was forced to start treatment for a second time, enduring more rounds of chemotherapy and radiation. 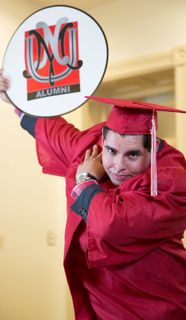 Armijo says the setback had an even bigger impact on him, motivating him to work harder and finish his degree as soon as he could. He says as his mother fought the tumors, he continued to fight in the classroom – pouring all of his energy into his family and studies.

“It’s weird to look at the mentality I have now compared to the mentality I had then,” he said. “I don’t think I’d be who I am now or as dedicated as I am now without going through all of that and seeing my mom fight the way she did.”

Fast forward a few semesters and now Armijo is getting ready to graduate and his mother is living life cancer free.

“I want my mom to know that I’m proud of her and I thank her every day for being as strong as she was because she saved me,” he said. “I don’t know what I would be doing now if it wasn’t for her and her strength inspiring me to be strong. Every time something bad happens now, I don’t look at the bad – I look at what I can do to be better and make the best of the situation.”

Armijo will be graduating from UNM with a combined GPA of over 3.5 in his 300 level courses; an accomplishment he attributes to both his parents and to the UNM support system he found while at the Anderson School of Management. He plans to return to UNM to complete an MBA and, one day, says he’d like to donate the University to give back to a place he says has given him so much.