Silent for decades, musical treasures recovered from a dumpster in Jerome, Arizona are being brought back to life. The University of New Mexico’s Honors College in collaboration with the New Mexico Philharmonic and in partnership with the National Hispanic Cultural Center, the City of Albuquerque, the Consulate of Mexico in Albuquerque, and Chatter presents season one of The New Mexico Philharmonic Music & Arts Festival.

This inaugural season is focused on “Turn of the Twentieth: The Music & Times of Manuel Areu.” The Manuel Areu Project consists of bringing to light the original music and theater works of composer, musician, actor, and entrepreneur Manuel Areu. This project has been a major undertaking to preserve a paragon of popular music from the turn of the 20th century.

“It has been a real journey of recovery and discovery—Honors students and faculty have spent thousands of hours bringing the times and music of Manuel Areu back to life,” said Ursula Shepherd, associate dean of UNM Honors College. 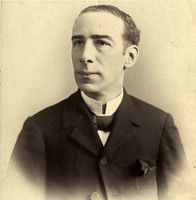 “Manuel Areu died at least twice—once when his music and papers were dumped into the trash and left to rot and again in 1942 when he actually died,” said Javier Lorenzo, project musical director and Honors Distinguished Fellow. “For an artist, the first death may have been more devastating, and we are excited to bring that part of him back to life.”Areu was born in Madrid, Spain in 1845 and died in Mexico City in 1942.

Although this collection was found in cedar chests discarded in a dumpster in 1952, there were no efforts to recover and perform Areu’s original music until recently. In 2012, under the guidance of UNM Honors College faculty, University of New Mexico Honors College students began to research Areu’s life and work using this unprecedented collection of music scores and manuscripts. Areu’s artistic life was influenced by his wanderlust that took him to Spain, Cuba, Mexico, New Orleans, and Los Angeles as well as some cities in Texas and Arizona. 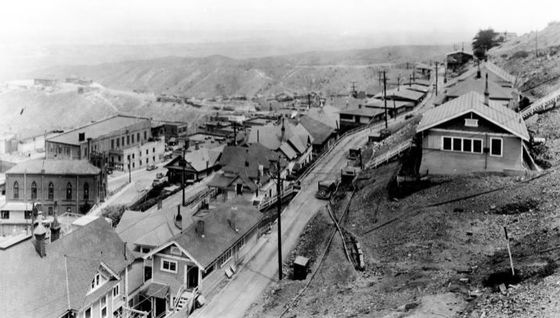 From a dumpster in Jerome, Ariz. to UNM Zimmerman Library’s collections, the music scores and documents of Spanish composer Manuel Areu tell us about his creative work in Spain, Cuba, México, and the United States during times of important social and political changes. Honors College students and faculty at The University of New Mexico will present their historical research based on the Areu collection and their work of transcribing the music to be played by the New Mexico Philharmonic later in the Festival. This event is open to the public at no charge.

Silent movies provide a glimpse into Manuel Areu’s world. Due to his entrepreneurial spirit, Areu gravitated toward the incipient art of silent cinema in his programs, creating a new concept called "vistas habladas" (talking pictures) in which he showed silent films that he purchased and used actors behind the screen who followed a dialogue according to the story mimicking the lips of the film's actors. These are thought to be the earliest movies with spoken dialogue. The screenings are also open to the public at no charge.

‘Music of Manuel Areu: ¡Zarzuelas! Rediscovered Romance’
On Sunday, April 17 at 2 p.m. at the National Hispanic Cultural Center, the New Mexico Philharmonic will present, “Music of Manuel Areu: ¡Zarzuelas! Rediscovered Romance.” This concert is the culmination of the Manuel Areu Project. Unheard for more than a century, rediscovered Spanish operettas or “Zarzuelas”—by late 19th and early 20th century composer Manuel Areu—will be performed by the NMPhil and conducted by Areu expert and Argentinian native Javier Lorenzo. These rare masterworks are cherished for their beauty and spirit. Tickets for the performance range from $24 - $68, with $10 tickets for students.

Honors College faculty and students at UNM have designed this exhibit with photographs of playbills, pages of his plays and musical sheets, and sections of his memoirs. The public will also learn about the important historical context of the times and places associated with the composer’s life and work such as the Cuban War of Independence and the Mexican Revolution. This is a free event. The photography exhibit will run at NHCC from April 17 to May 10.

Scenes of Spanish mountains, of green rolling Irish hills and cliffs by blue seas, of Scottish moors overlooking dark lochs—the songs of Spain and the Celtic Isles bring all these images to life. Spanning centuries of a musical treasure trove that includes the Spanish Baroque, medieval Galicia, and traditional Celtic folksongs, “Cantigas d’Amigo: A Spanish and Celtic Tapestry of Song” is a musical feast for the ears, transporting the listener on a time-traveling journey to visit days gone by. Poet Michelle Otero will also recite poems by Pablo Neruda, Federico García Lorca, and Josefina Pla.

Tickets for this event range from $5 - $15 and are purchased online through Chatter. Doors open at 9:30 a.m. with complimentary espresso and pastries.