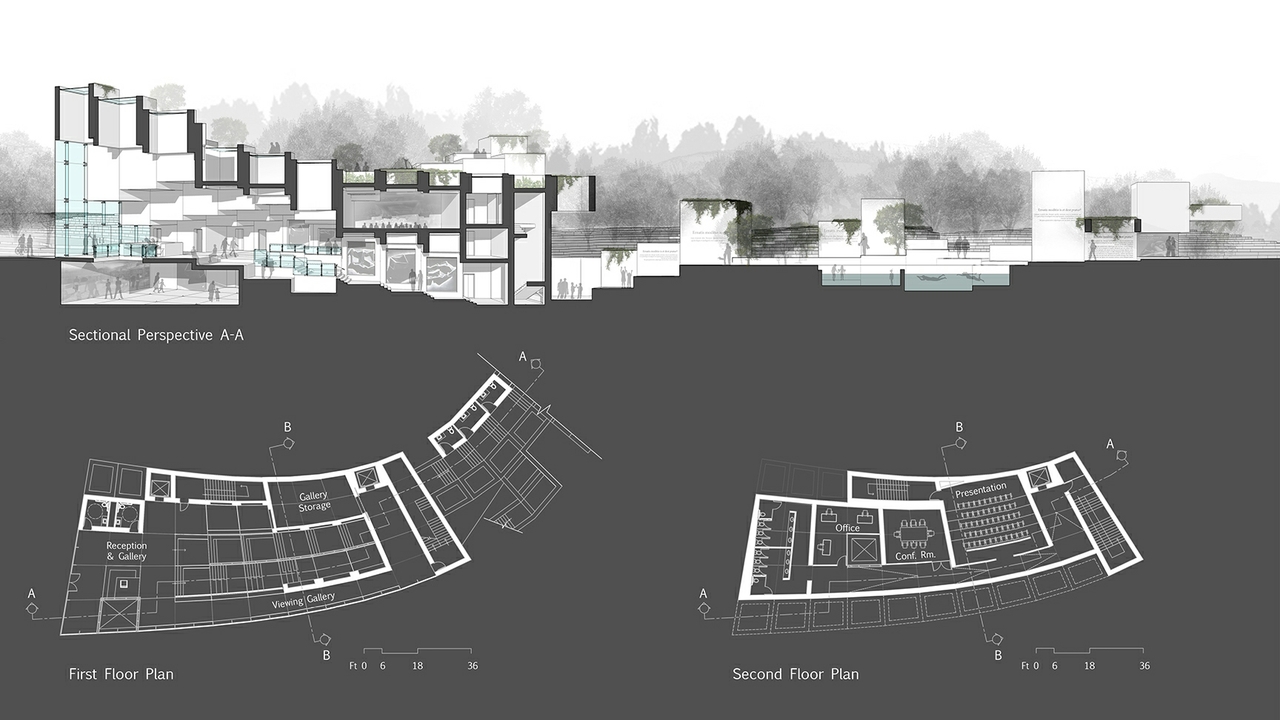 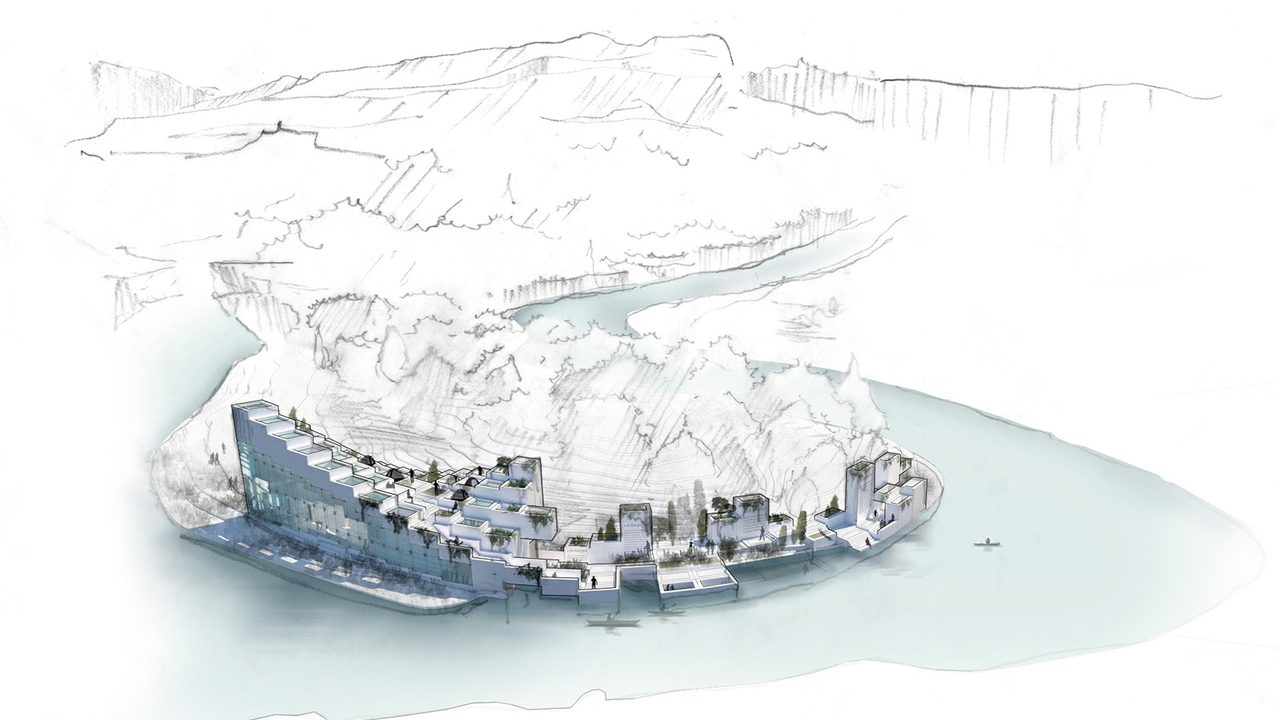 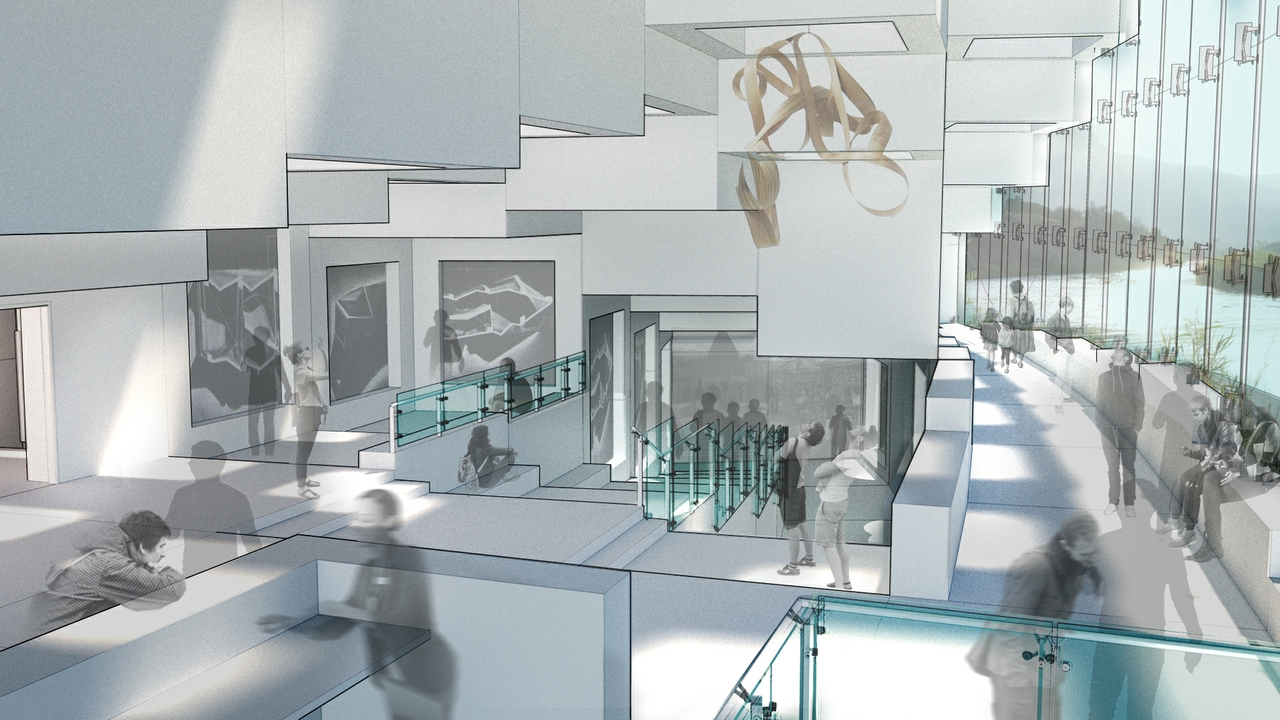 A UNM graduate student is bringing national attention to the School of Architecture and Planning.

Ke Vaughn Harding was recently honored with a 2018 Society of American Registered Architects (SARA) National Design Award. His project, Carson National Forest Visitor Center, was one of 32 to receive a Design of Honor Award. Harding says when he got the news, he was both surprised and reassured.

“I was surprised because despite knowing how much effort I had put into the project, I was never quite sure that the resulting drawings and models had communicated the intricacies of the design process clearly enough,” Harding said. “The reassurance about the work that I had produced came from recognizing that it was selected from a competitive national pool of design entries. Having a chance to see the incredible talent expressed by the work my fellow recipients further amplified this feeling.”

The project aimed at mimicking a biological system, while creating a building that merged and had continuity with surrounding area topology. Harding was also charged with creating a design that served as a gateway to the peninsula on which the site was located.

The Master of Architecture program student says the prompt was difficult, but a worthwhile learning experience.

“Here at UNM, I’ve definitely been challenged with pursuing new and interesting design processes,” Harding said. “All of this in a place where a rich culture and amazing natural heritage never cease to provide inspiration.”

According to its website, The SARAs celebrate excellence in architecture and design and provides an annual National Design Awards Program for a wide range of categories. This was the 62nd year of the event, which was held at the Perez Art Museum Miami in Oct. 2018. Winners represented 55 professional awards and 11 student recipients from nine accredited architecture schools.

“This award has already provided great opportunities for my future career by giving my work exposure to an audience of well-established processionals,” Harding said. “The award ceremony provided me amazing networking opportunities with a range of design practitioners and academics, as well as the jurors themselves who deliberated over the projects.”

Harding is using the momentum to propel himself through more projects, including a design for a vacant brewery site along Central Avenue and another that looks at ways to re-energize parts of historic Route 66. In conjunction, he’s working with SA&P’s Historic Preservation and Regionalism program to explore using traditional building materials and methods in contemporary design solutions while maintaining preservation of New Mexico’s built heritage.