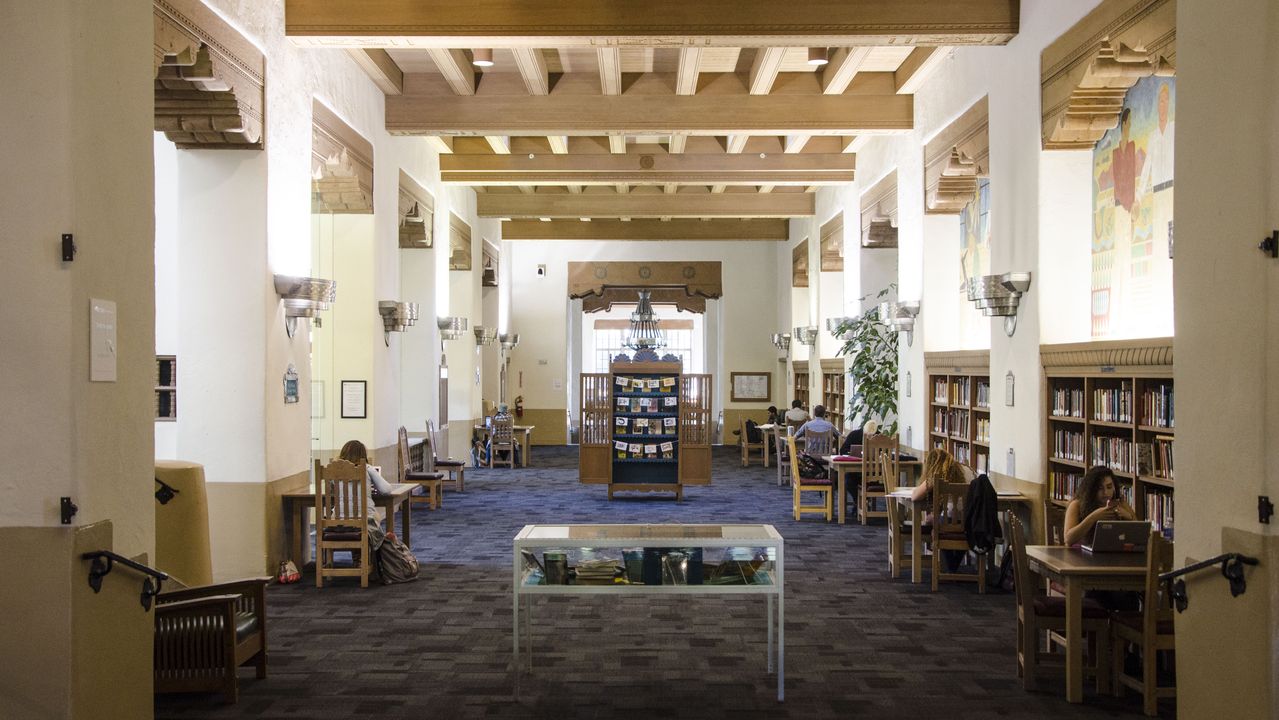 In a special post-election edition, ‘Degrees’ digital magazine, published by Pearson Education, highlighted the University of New Mexico as a center of Hispanic culture, architecture and learning – including a Political Science Department that is championing the study of Latino political trends.

“Join us as we stroll into the heart of Albuquerque,” the magazine starts out. “Where Pueblo Revival architecture is king and the beautiful Sandia Mountains are the perfect backdrop for a world-class education.”

UNM is the first school in the Southwest to be featured in ‘Degrees.’ The magazine called attention to the Pueblo Revival architecture, stating it was one of the editor’s favorite aspects of the school.

The write-up also features the Political Science Department, which is particularly strong in the areas of underrepresented and underserved groups. Many program graduates go on to be hired by prestigious schools like Cal State Fresno, Duke and Stanford. 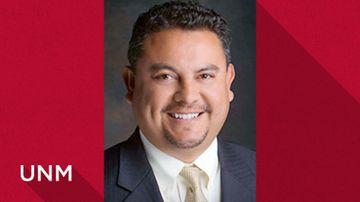 Dr. Gabe Sanchez is a Political Science Professor & Director of the Robert Wood Johnson Center for Health Policy at UNM

Gabe Sanchez plays a pivotal role as a professor in the department, as well as the executive director of the Robert Wood Johnson Center for Health Policy at UNM. He spoke to the magazine about his deep passion for the students he teaches. Sanchez says The University of New Mexico is in a unique position to help underprivileged and minority students who might be battling difficult situations both in class and at home.

“Sometimes they may not even know what a dissertation is due to not having anyone with a Ph.D. in their networks,” Sanchez said. “There can be a lack of understanding of the process, combined with economic hardship. Our fellowship program is generous, but many of our students are supporting not just families, but extended family as well.”

UNM is a Research I university, categorized as an institution that gives high priority to research, offers a full range of baccalaureate programs and are committed to graduate education. It has the highest Hispanic population of any Research I institution in the nation, which creates a platform for a third position Sanchez holds: principal of Latino Decisions, a group of specialists focused on understanding Latino political trends.

“Latino millennials represent about 46% of eligible US Latino voters,” he said. “But what’s troubling is that many of them will say in our political surveys that being active on Facebook is more important to the outcome of the election than even voting!”

That’s a statistic he’s trying to change through his work and personal mentorships.

“They have my cell number and can reach me any time,” he said. “But I expect them to provide that same level of care and mentoring to someone who might come to them for help. It’s so important to have role models and add to that multiplier effect.”

He attributes his success to mentors who influenced him while in school. Dr. Sanchez says he was blessed with many role models through the years; and he hopes to provide the same inspiration and support to his students.

“At the end of the day, they are all dreamers with high aspirations,” he told the magazine. “We strive to help them get around the barriers that could stand in their way.”