“We are pleased to welcome USHLI and that Cindy Nava will be speaking to our students at Atrisco Heritage Academy High School about her life and educational experiences,” said Gabriel Antonio Gonzales, associate superintendent of Leadership and Learning, Zone 2. “Cindy is a New Mexico success story and I know so many of our students will be able to relate to her motivational message as they strive to reach their own goals.” 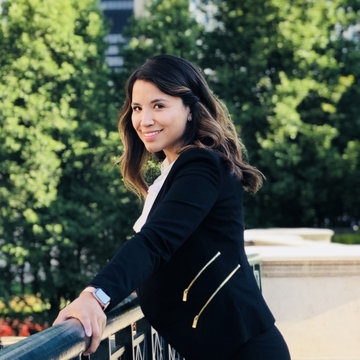 The Student Leadership Series (SLS) serves as the cornerstone of USHLI’s campaign to create a culture of education in which academic persistence will become a priority in every Latino household. The program focuses on motivating students to stay in school, improve their academic performance, graduate from college, and pursue and successfully complete some level of post-secondary education or training. Since 2011, the SLS has reached over 760,000 participants across 39 states and over 2,900 organizations.

Cindy Nava, an Albuquerque Public Schools and University of New Mexico alumna, is a bi-nationally known servant leader and motivational speaker who has dedicated herself to the advancement of communities of color through policy, education, and legislative advocacy. Nava received national recognition from the Washington Post after becoming the first undocumented immigrant to intern for the Democratic National Committee and was featured in the Huffington Post’s "40 under 40’s: Latinos in U.S. Politics.” In 2017, she also served as first DACA recipient to become a majority pool analyst for the New Mexico House of Representatives.

USHLI is an award-winning Chicago-based national non-profit, non-partisan, tax-exempt organization. Since 1982, USHLI has registered 2.3 million new voters; published 425 reports on Latino demographics in the Almanac of Latino Politics; sponsored 35 annual national conferences, each attended by leaders from 40 states; trained over 1.1 million present and future leaders, and awarded over $1.3 million in scholarships and internships.