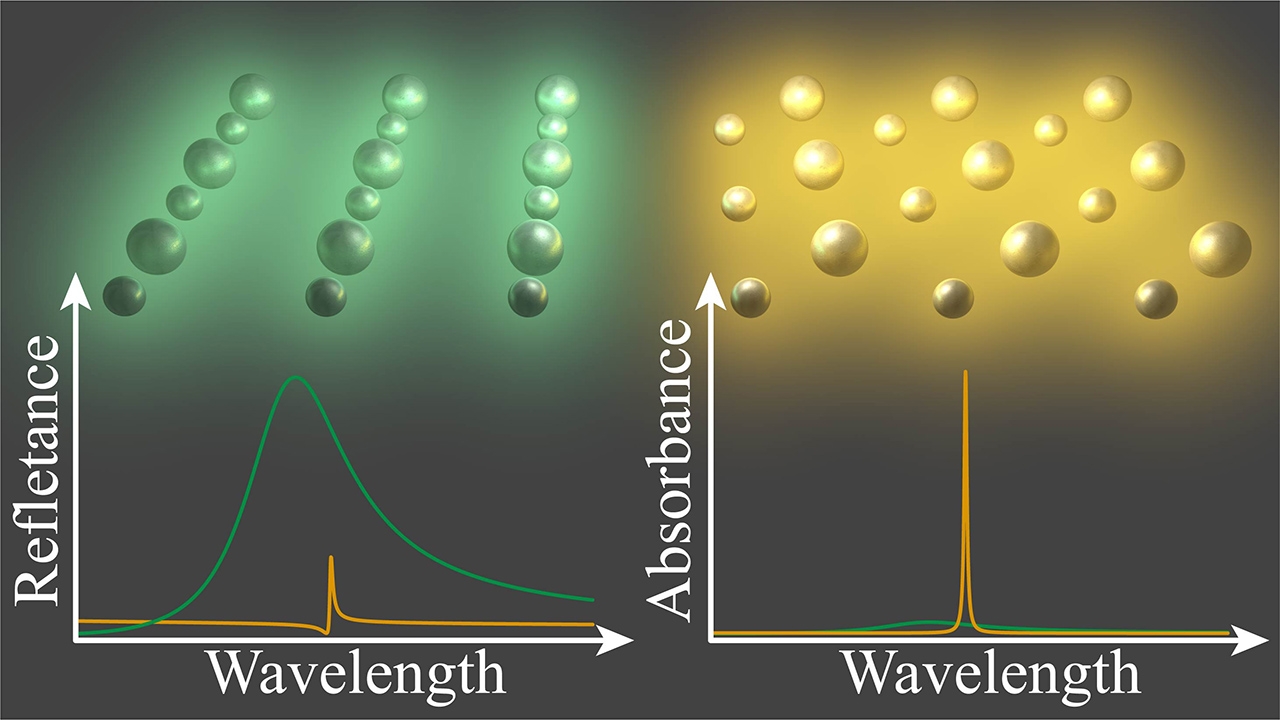 As COVID-19 swept across the world this year, claiming hundreds of thousands of lives, it quickly became clear that one essential factor for controlling its spread is the ability to rapidly and accurately test for the virus causing it, SARS-CoV-2, as well as the antibodies it produces.

Now, scientists from The University of New Mexico and the Autonomous University of Madrid (UAM) in Spain have published a new study that they say could contribute to faster and more effective testing for viruses like SARS-CoV-2. Their work, titled "Super- and Subradient Lattice Resonances in Bipartite Nanoparticle Arrays," was published in the journal ACS Nano.

Led by Assistant Professor Alejandro Manjavacas from the Theoretical Nanophotonics Group of the UNM Department of Physics and Astronomy, and Antonio Fernańdez-Domínguez from UAM, the work falls under the realm of nanophotonics, the field that studies the interactions between light and objects that have sizes on the order of hundreds of nanometers. For reference, the thickness of a human hair is approximately 40,000 nm, while the size of the virus causing COVID-19 is 125 nm.

Many applications of nanophotonics, including ultrasensitive biosensing, which is needed to detect viruses like SARS-CoV-2, and nanoscale lasing, which can be used to produce coherent light of a desired color, rely on systems that only respond to a very narrow range of colors, or, in other words, wavelengths of light. One way to design systems with spectrally narrow responses like this is to take advantage of the collective interactions between a collection of metallic nanoparticles, tiny structures with nanoscale dimensions, arranged in an ordered fashion called a periodic array. 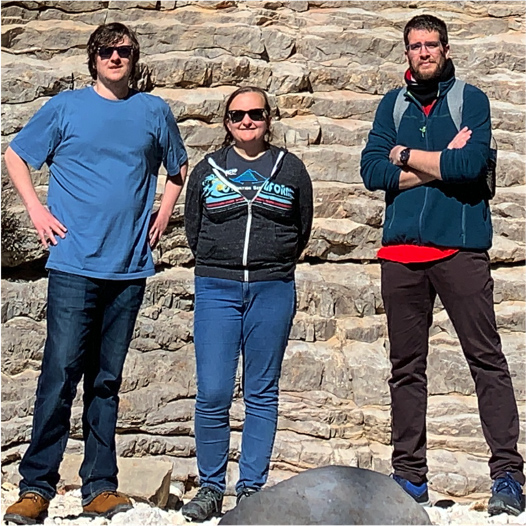 The three graduate students involved in the research include (l. to r.): Stephen Sanders, Lauren Zundel, and Alvaro Cuartero-González.

In the study, the researchers specifically looked at periodic arrays that contain nanoparticles of two different sizes, rather than more common arrangements that feature completely uniform ones.

“The interplay between the two different nanoparticles gives rise to even narrower responses than arrays with particles of only one size,” says Alvaro Cuartero-González, a graduate student from UAM and lead author of the paper. “And, as an added bonus, it makes them more robust to fabrication imperfections, so arrays with the desired response can more easily be built in labs.”

This increased robustness can make an enormous difference when it comes to mass-production of tests or other devices exploiting the optical response of these systems.

This exciting work involved a combination of semi-analytical calculations and rigorous numerical simulations, carried out through the synergistic collaboration of three graduate students Cuartero-González, who visited UNM between September 2019 and February 2020, as well as Stephen Sanders and Lauren Zundel, both from the UNM Department of Physics and Astronomy.

“Our semi-analytical predictions give insight into the physics behind our results, while the numerical computations helped to confirm their validity,” said Sanders about the work. “The key to understanding the robustness of the system comes from our calculations for finite systems,” added Zundel.

“Combining the expertise of the two groups was essential to the success of this work,” said Manjavacas of the collaboration.

Fernández-Domínguez agrees, adding, “I hope that this is just the beginning of many collaborative efforts between us.”

The research was sponsored in part by the National Science Foundation (NSF) and the Department of Energy Computational Science Graduate Fellowship (DOE CSGF) from the US, as well as the Ministry of Economy and Competitiveness, the Ministry for Science and Innovation, and the “María de Maetzu” programme for Units of Excellence in R&D from Spain.

The researchers also made use of the high-performance computational resources made available by the UNM Center for Advanced Research Computing.

Featured image: Artistic rendering of the nanoparticle arrays investigated in the study.