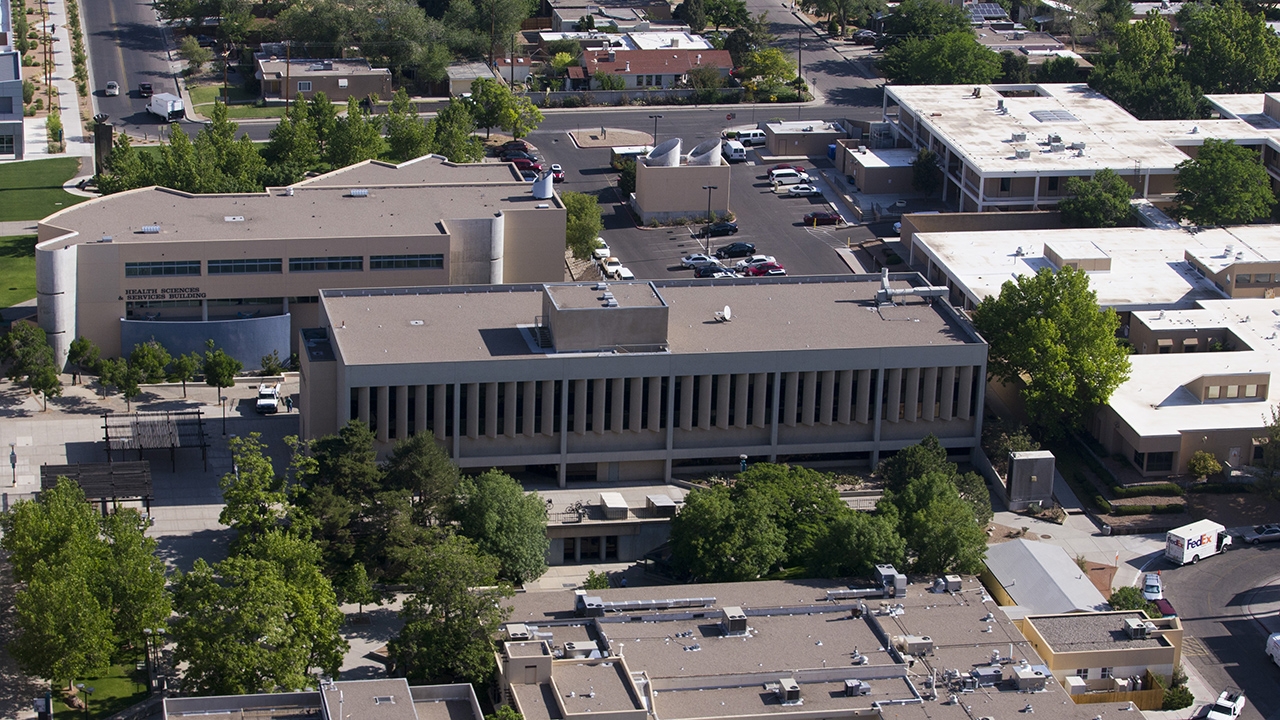 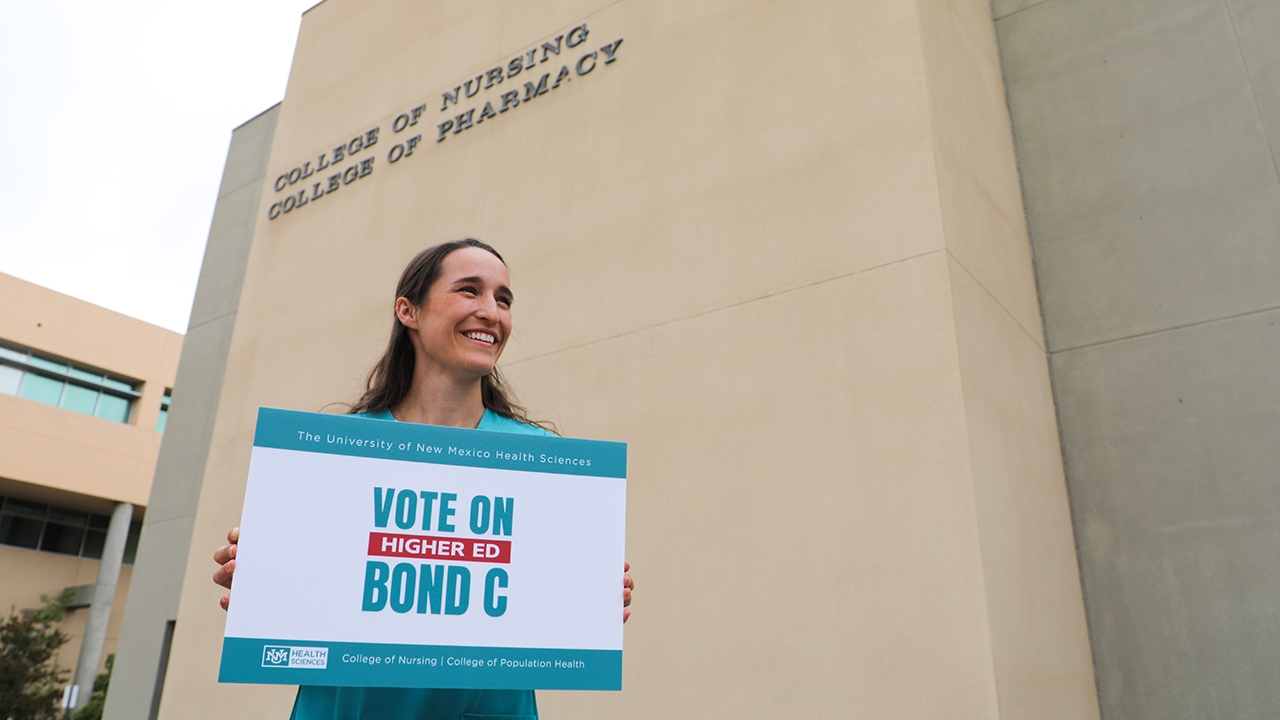 will not raise taxes. 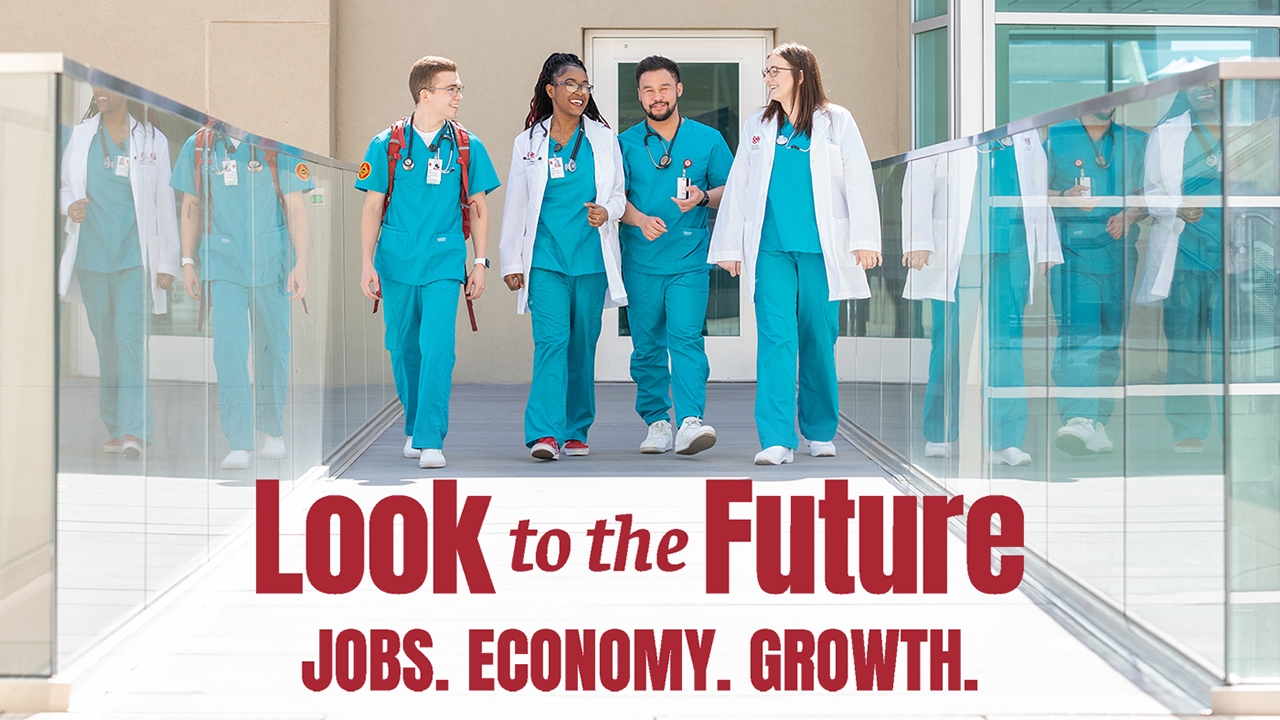 will result in more than 1,500 jobs statewide.

The College of Population Health, a new college that trains students to improve health outcomes, is also growing quickly, and doesn’t have a central office space, but is instead scattered throughout the Health Sciences campus and the university’s Main Campus.

A new building, called the College of Nursing and Population Health Building, will house both colleges and provide much-needed space, as well as room to grow. The university plans to finance construction with funding from General Obligation Bond C for Higher Education.

GO Bond C, which will be on the Nov. 3 ballot and will not raise taxes, will provide more than $155 million in higher education funding, including $51.4 million for The University of New Mexico and its branch campuses. Additionally, it will create more than 1,500 jobs in communities across the state of New Mexico.

Of that total, $30 million would be used to plan, design, construct, and equip a new facility to accommodate undergraduate enrollment increases for the College of Nursing and College of Population Health. In turn, their graduates will eventually join the state’s health care workforce.

“We want to keep up with health care science to make sure we’re at the cutting edge for support of the patients and the citizens of the state.” – College of Nursing Dean, Dr. Christine Kasper

“Although we’re having to rethink how we do things (due to the pandemic), space is still an issue,” says College of Population Health Dean, Dr. Tracie Collins. “The College has such tremendous potential to really grow, and the way to do that is to be in a space where we can think collectively and be able to go to someone’s office next door or down the hall and have brainstorming sessions. Right now, we’re spread across four different buildings, and not all of them are within walking distance.”

“We have many, many applicants for each slot,” says College of Nursing Dean, Dr. Christine Kasper. “Some years, it’s 300 qualified applicants for 128 slots. We intend to increase the pipeline.”

Those numbers don’t include the hundreds of pre-nursing students within University College on Main Campus, Kasper says.

Both Nursing and Population Health faculty hold meetings and classes where they can find room because the current locations are so cramped. This, the deans say, is a problem.

“Many of the things we do must be hands-on,” Kasper says of nursing training. “Currently, we are operating with the skills lab and the simulation center, but they require more space. Rather than meeting with eight students in a group for those kinds of practice scenarios, we’re limited to four students per faculty, which means our time is doubled – everything is doubled.”

The 84,500-square-foot building will be located on UNM’s North Campus. It will provide space to accommodate undergraduate enrollment increases and support modest increases for graduate programs, faculty positions and research.

Also, the new building will enable the College of Pharmacy to build additional laboratory space in its existing building, an essential step in launching its new bachelor of science in pharmaceutical sciences degree program.

The colleges currently collaborate on various programs and research. The deans say that sharing the new building means students at all levels can learn from and mentor one another.

“One of the features of premier schools of nursing in the country . . . is that they have a setup that permits the integration of all the faculty together in their departments, and the ability to build a program where you’re teaching across programs so that you don’t have isolated faculty and you don’t have isolated students,” Kasper says.

“You can have situations where you have classes with a mix of undergrad, graduate, and doctorate levels all working together on various things. We can’t do that in the current building.”

Collins says that students trained in population health will be a source of knowledge, expertise, and technical assistance who can work across many areas, such as the health care sector, state health departments, and various other stakeholders.

“By having more space, we’re going to have more students who are going to be trained in population health who’ll then be available to the state of New Mexico to go into these remote areas and begin to look at what the needs are,” Collins says. Once that happens, she says, they’ll begin to develop interventions.

The College of Nursing also houses administration for the nursing program at the Health Sciences Rio Rancho campus, as well as for the New Mexico Nursing Education Consortium. It also provides workshops and training for other UNM branches and community colleges, as well as community events.

“We want to keep up with health care science to make sure we’re at the cutting edge for support of the patients and the citizens of the state,” Kasper says.