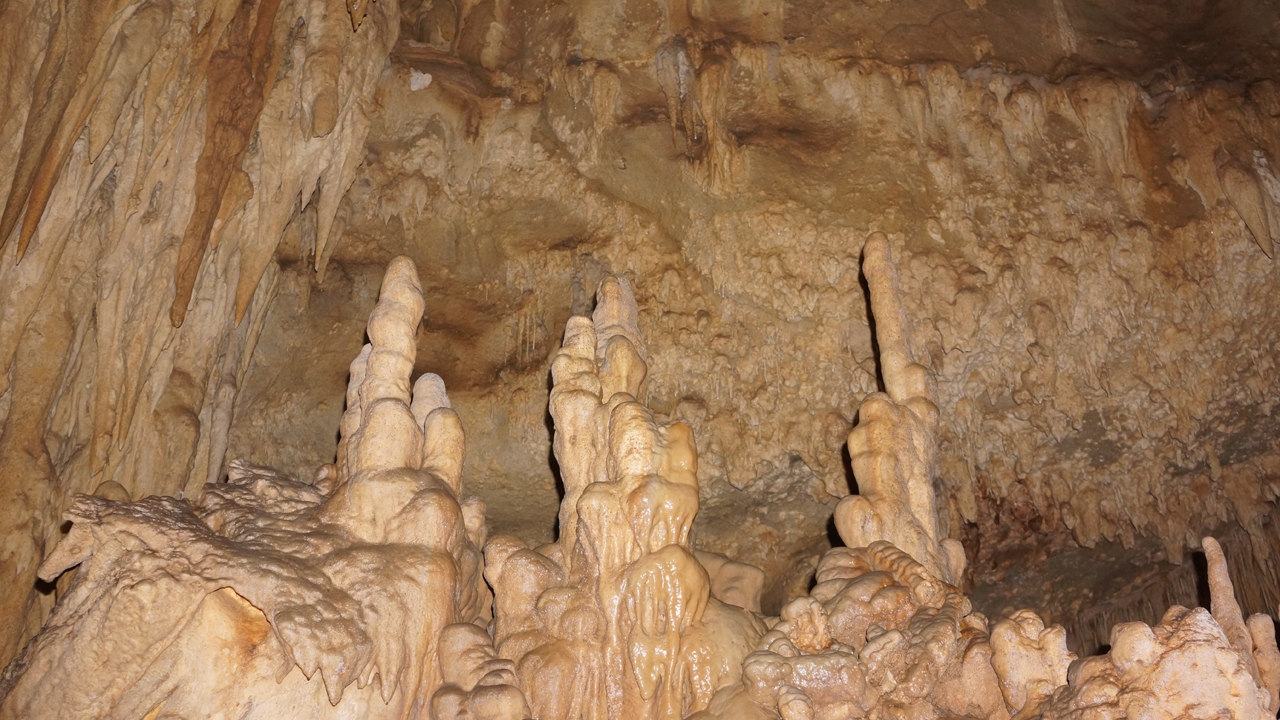 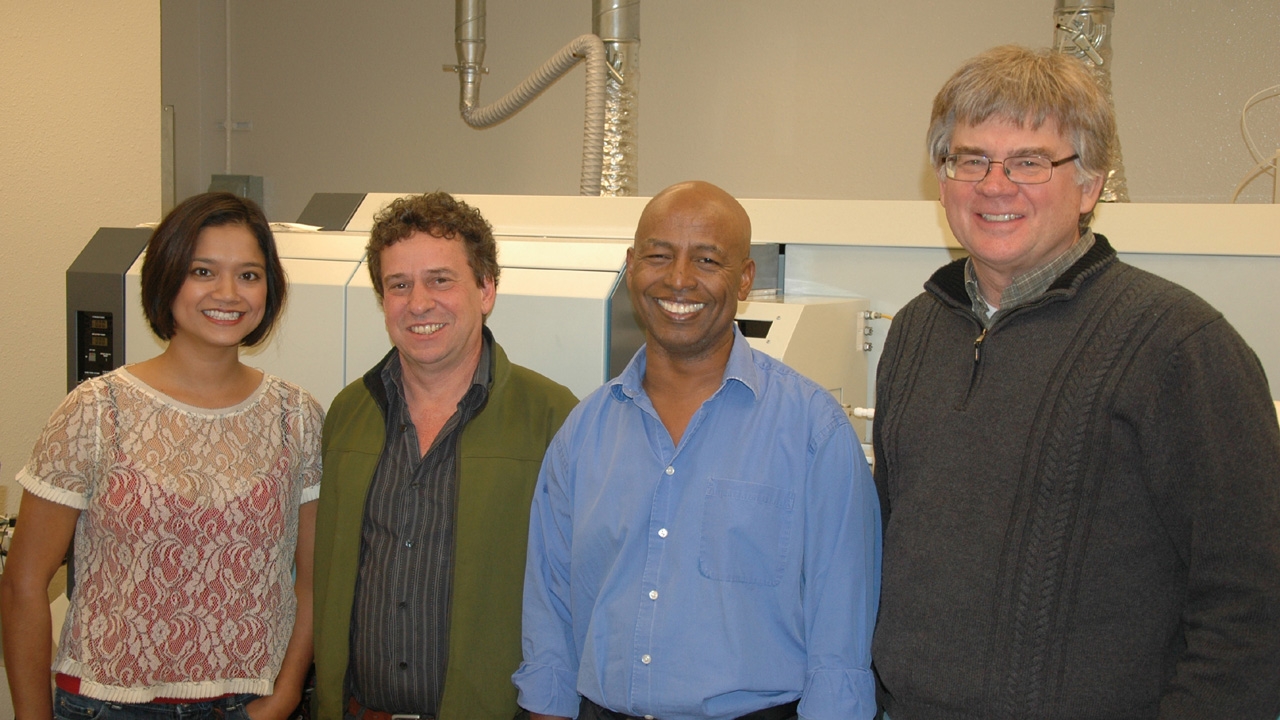 UNM coauthors on the study 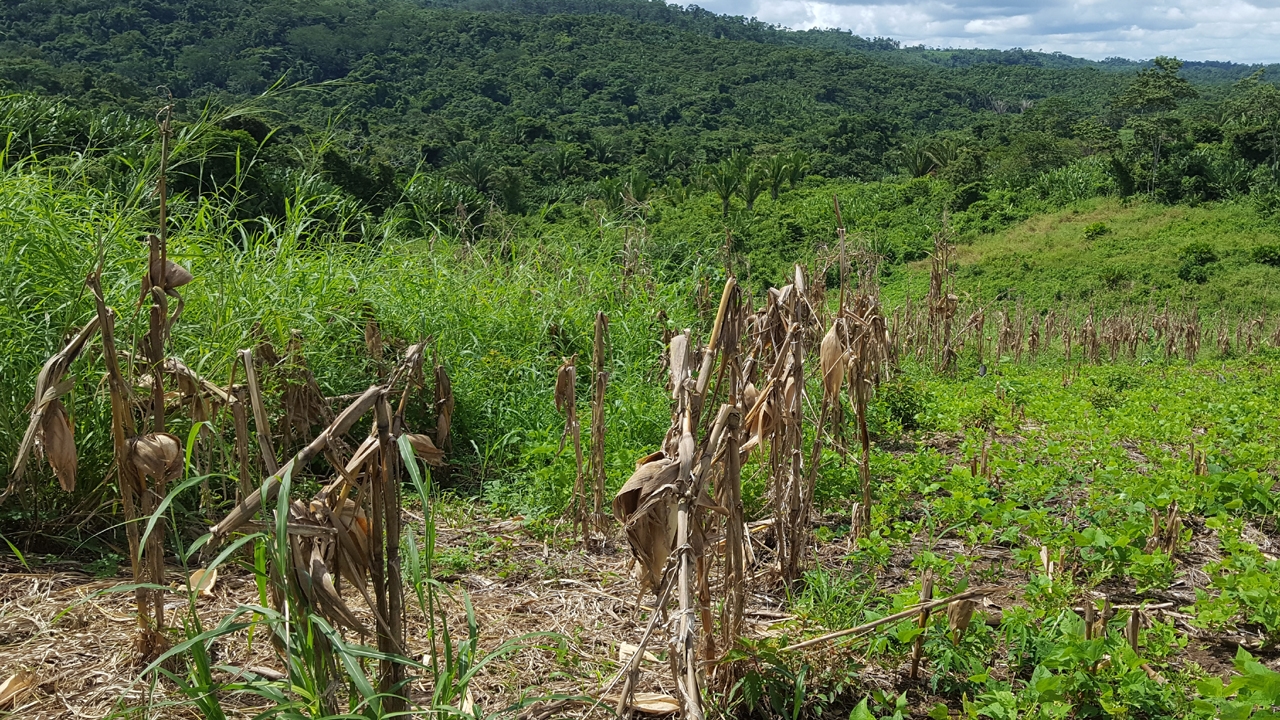 and a landscape of the rainforest in Belize.
Credit: James Baldini, University of Durham

Research by an international team of scientists led by University of New Mexico Professor Yemane Asmerom suggests contraction of the Intertropical Convergence Zone (ITCZ) during a warming Earth, leading in turn to drying of the Neotropics, including Central America, and aggravating current trends of social unrest and mass migration.

Positioned near the equator where the trade winds of the northern and southern hemisphere converge, the ITCZ is the world’s most important rainfall belt affecting the livelihood of billions of people around the globe. Globally, seasonal shifts in the location of the ITCZ across the equator dictate the initiation and duration of the tropical rainy season. The behavior of the ITCZ in response to the warming of the Earth is of vital scientific and societal interest.

Previous work based on limited data suggested a southward migration of the ITCZ in response to global cooling, such as during the Little Ice Age a few hundred years ago. In contrast, modeling and limited observational data seemed to suggest the ITCZ expands and contracts in response to cooling and warming. Which of these scenarios is correct has a huge implication for understanding rainfall variability and its economic and social impacts across the tropics. In order to resolve these seemingly contradictory alternatives the authors undertook this paleoclimate reconstruction study from the margin of the ITCZ and combined that with existing data from across the full annual north-south excursion of the ITCZ.

The study titled, “Intertropical Convergence Zone Variability in the Neotropics During the Common Era,” was published today in Science Advances. In addition to UNM, the research also includes scientists from the University of Durham (UK), Northumbria University (UK) and the University of California, Santa Barbara.

“Much of our understanding of ITCZ variability was based on records from South America, especially the Cariaco Basin (Venezuela), which was the gold standard,” explained Asmerom. “But these studies were only able to present half of the picture. As a result, they suggested southward movement of the mean position of the ITCZ during cool periods of Earth, such as during the Little Ice Age, and by implication it shifts northward during warm periods.

“This would imply regions in the northern margin of the ITCZ, such as Central America would get wetter with warming climate. This contradicted modeling results suggesting drying as a consequence of warming.”

“Stable isotopic data obtained at Durham University, and trace element data and a precise uranium-series chronology, with an average 7 year uncertainty, obtained at the University of New Mexico, provided us with a nearly bi-monthly record of past climate variability between 400 CE to 2006.  This level of resolution is unprecedented for continental climate proxies”, said Polyak.

“What we found was that in fact during the Medieval Climate Anomaly Southern Belize was very dry, similar to modern central Mexico. In contrast, during the Little Ice Age cool period, when it should have been dry by the standard old model, it was the wettest interval over the last 2000 years,” said Asmerom. “The pattern that emerges when all the data across the full transect of ITCZ excursion is supportive of the expansion-contraction model.” The implication of this that regions currently in the margins of the ITCZ are likely to experience aridity with increased warming, consistent with modeling data from Central America. These data have important implications for rainfall-dependent agriculture system on which millions of people depend for food security.

Co-author and UNM Professor of Anthropology Keith Prufer is an environmental archaeologist, who has been conducting research in Belize for 25 years. “In the last five years there have been mass migrations of people in Guatemala and Honduras – partially driven by political instability, but also driven by drought-related conditions and changes in seasonality. This is creating enormous problems for agricultural production and feeding a growing population. There is growing evidence that these changes are a direct consequence of climate change.”

“This work highlights the convergence of good science with policy relevancy. It also illustrates the strength of cross-disciplinary collaborative work, in this case international,” said Asmerom.