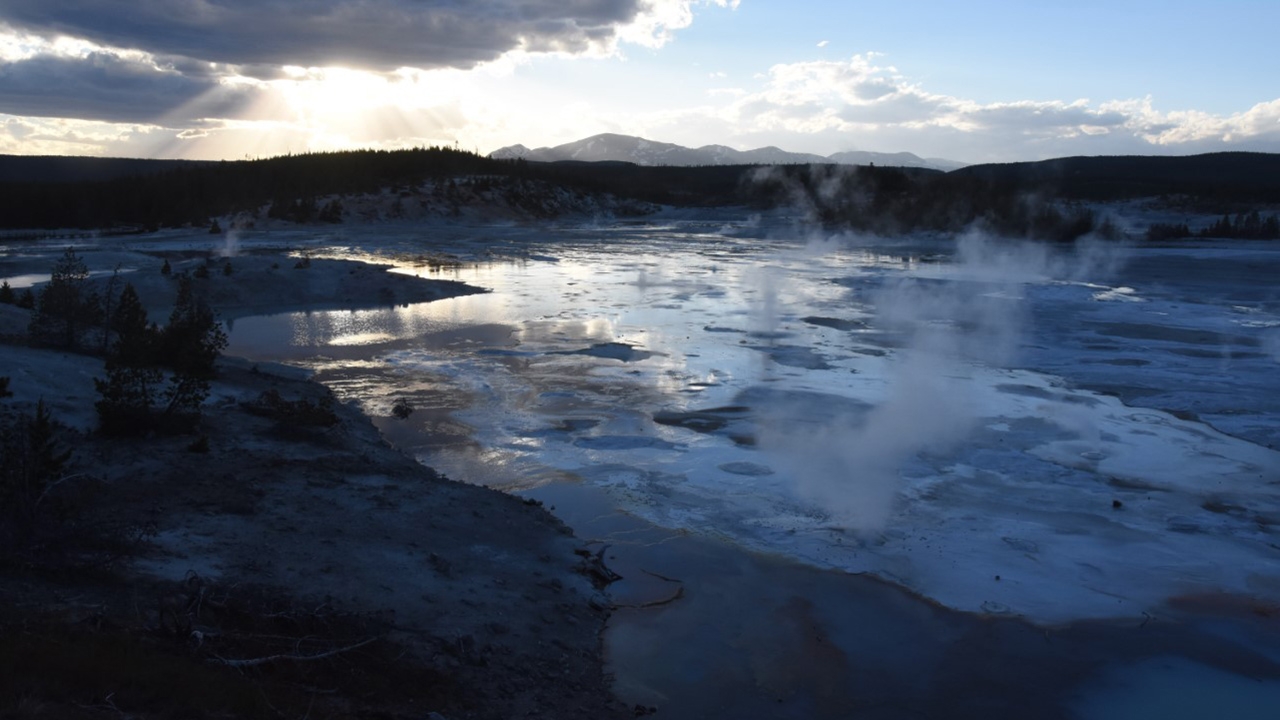 New findings link relationship between Earth’s mantle and its atmosphere

University of New Mexico Professor of Earth and Planetary Sciences Tobias Fischer was involved in a study published in this week's journal Nature on the link between the mantle of the Earth and the atmosphere by studying nitrogen and its origins.

The work was done in collaboration with scientists at UCLA, Woods Hole Institution of Oceanography, CRPG in Nancy, France and researchers from the UK, Italy, Canada, and Iceland.

Nitrogen is the primary component in air, making up approximately 78 percent of what humans breathe. It is also a volatile element, which is a chemical element with a low vaporization temperature. Volatile elements include nitrogen, carbon, hydrogen, and sulfur, among others, all elements that happen to be essential for life. Scientists don’t understand how those elements are acquired by planets, precisely because of their low vaporization temperatures. They should have been lost during planet formation because of the high temperatures that occur.

On Earth, nitrogen is not only found in our atmosphere, it is also found in rocks, including those from deep within the planet. Thus, scientists can pose the question: Has air accumulated because of mantle degassing, as in a volcanic eruption, or is the atmosphere present because it was added later?

“This analytical method is a significant step forward and future work using this and other approaches will advance our understanding the evolution of the Earth’s atmosphere using volcanic gases.”  – UNM Professor Tobias Fischer

In the first scenario, the atmosphere is a natural result of geological activity. Whereas in the latter, the atmosphere may be present due to collisions of comets onto the Earth after it formed.

“If nitrogen was added late by comets, for example, after the Earth was mostly constructed, then nitrogen deep in the Earth would have to have started in the atmosphere, being dragged down by geological and geochemical processes like weathering of rock,” Professor Ed Young, UCLA who is one of the leaders of the study said.

To study this nitrogen budget and whether or not air was the source of nitrogen deep in the Earth, the team of scientists made use of a new method of analysis of nitrogen developed at UCLA. This method provides a unique way to identify molecules of nitrogen that come from air.

The team of scientists worked in partnerships with geochemists around the globe to sample volcanic gases. Utilizing these gas samples collected from Yellowstone, volcanoes and hydrothermal systems in Iceland, Hawaii and the Rhine Graben the researchers were able to correlate the isotopic compositions that they obtain for nitrogen from deep in the Earth with isotopes of other molecules that the other groups had analyzed, free from the confounding contamination from air.

Before this study, it was not possible to uniquely differentiate the fraction of modern nitrogen and mantle-derived nitrogen in a volcanic effusion.

“The analytical developments at UCLA, for the first time allows us to determine the amount of modern air-derived nitrogen in volcanic gas samples using the nitrogen composition itself, rather than relying on other gases that are tracers of modern air.” Fischer said.

With their new analytical method, the group was able to mathematically “remove” the contaminating air from the gases and see through to the true mantle gas compositions from deep within Earth’s mantle. This ultimately revealed evidence that nitrogen in the mantle has most likely been there from the beginning of our planet.

Scientists can now track the contribution of air easily, and disambiguate the modern air from mantle-derived gas in a mixed volcanic effusion. These efforts will help scientists for many years to come.

“This analytical method is a significant step forward and future work using this and other approaches will advance our understanding the evolution of the Earth’s atmosphere using volcanic gases” Fischer said. “Clearly, novel analytical techniques advance our science. But we must also remember that carefully collected samples from key localities form the basis of this analytical work. Otherwise, you have nothing to measure with your fancy machine.”

This new method helps scinetists understand the origins of volatile elements in the Earth. The compositional changes of volcanic gases prior to eruptions is another application of gas geochemistry that Professor Fischer and his students are working on at The University of New Mexico.