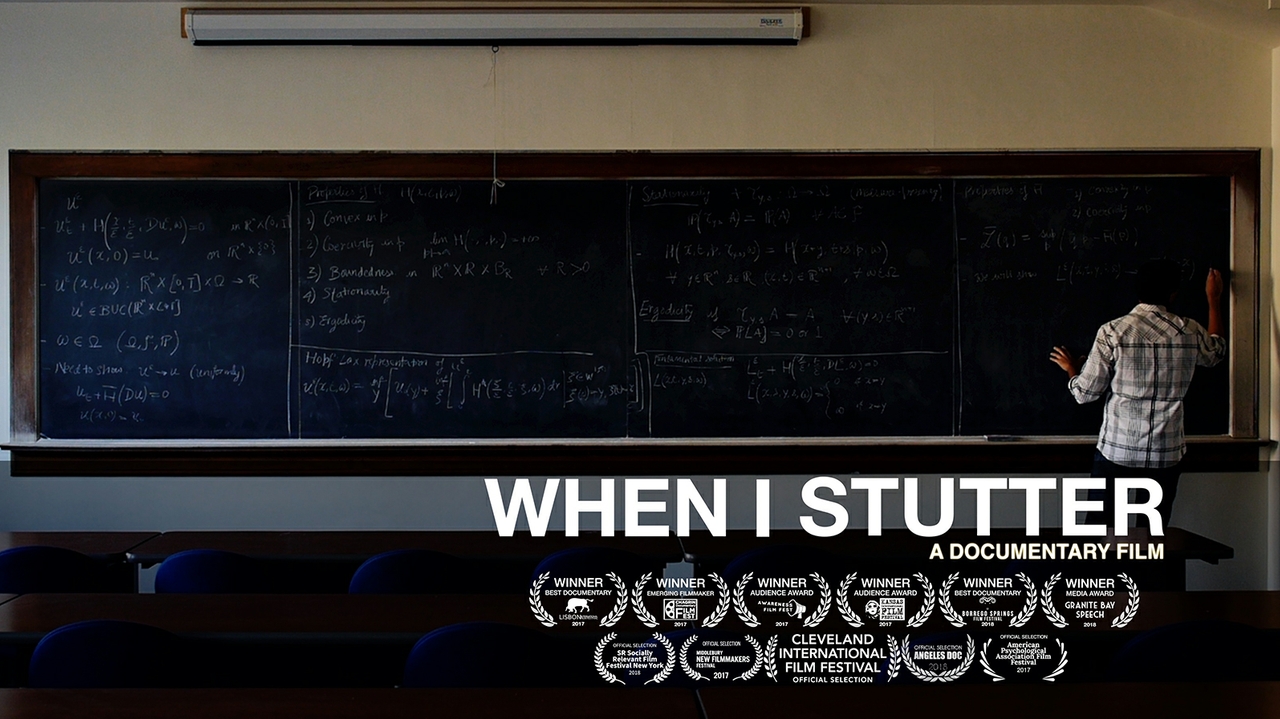 An award-winning film directed by New Mexico native John Gomez looks at the profound emotional hardships experienced by people who stutter, and how they deal with the mysterious malady.

“From the depths of hopelessness to the heights of redemption, these stories will change how you view stuttering.” – When I Stutter

When I Stutter is a documentary that reveals the humanity behind the struggle. Over the course of 4.5 years, 19 people shared stories about how stuttering has impacted their lives. Their experiences run the gamut of human emotion, from dark to funny and triumphant. The movie also weaves in educational vignettes that help illuminate some of the mysteries and questions that surround stuttering.

“The honesty and candor with which the interviewees express themselves reveals a side of stuttering that is not often discussed in the media,” Gomez stated. “Understanding the deep emotional impact that stuttering can have gives the viewer a rare opportunity to gain understanding and insight into a communication disorder that is shrouded in mystery and misunderstanding.”

Released in 2017, When I Stutter has already garnered international attention. Among the nine awards it’s received are Best Documentary Feature from the Lisbon International Film Festival and Supporter Of People With Fluency Disorders Award from the International Fluency Association.

When I Stutter
Film Screening

It’s been shown at more than a dozen film festivals and has had more than 50 screenings worldwide; and Albuquerque will soon join that list. A private screening is being hosted by the Albuquerque Chapter of the National Stuttering Association and the UNM Speech & Hearing Clinic. It will be Friday, Feb. 22 from 7-9 p.m. at Keller Hall on UNM’s main campus.

“More than 3 million people in the United States stutter, so this is a very tangible reality for part of our population,” said Rick Arenas, an assistant professor at UNM Speech and Hearing Sciences who’s organizing the screening. “And the family, friends and co-workers who know someone that stutters are also impacted. This documentary is a great opportunity for our community to learn more about the disorder and how to support those who have it.”

Following the screening, there will be a panel discussion with people who stutter and speech language professionals from the Albuquerque-area. Tickets are free, but donations are being accepted to help support the Albuquerque Chapter of the National Stuttering Association. Seating is limited, click here to order tickets.