New Mexico in Focus will continue its annual countdown of the top stories of 2015 and will conclude its series on entrepreneurship in Albuquerque on Dec. 25.

Taking a look at the top stories of 2015, host Gene Grant and The Line opinion panelists will discuss the costs of detaining inmates in county jails, look at New Mexico’s high ranking on the list of the nation’s worst drivers, and debate the responses to the deadly rampage at the Planned Parenthood clinic in Colorado.

The Line panelists will also discuss major news events from this year such as the scandal in Albuquerque Public Schools, the resignation of Secretary of State Dianna Duran, and violence in Albuquerque.

As NMiF concludes its series on entrepreneurship in Albuquerque, Gene Grant will talk to Ken Carson of Nexus Brewery about making the transition from banker to owner and how a unique menu helped him grow his business. Additionally, Grant will speak with Tara Gohr of The Grant Plant, Inc. about helping nonprofits apply for both local and national grants. 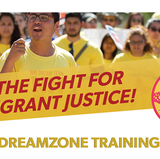 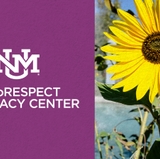