Host Gene Grant and The Line opinion panelists weigh in on the debate for teacher evaluations. They also discuss a recently released report on a contract between Taser International and the Albuquerque Police Department that was negotiated while Chief Ray Schultz was still head of the department. Schultz is now a contractor with the company. The report from State Auditor Tim Keller alleges that the Taser contract violated procurement law.

The Producer of New Mexico in Focus is Sarah Gustavus with Associate Producer Kathy Wimmer. Funding for this program was provided in part by the McCune Foundation Communications Fund, Santa Fe Community Foundation. 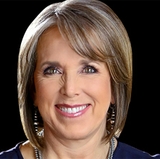