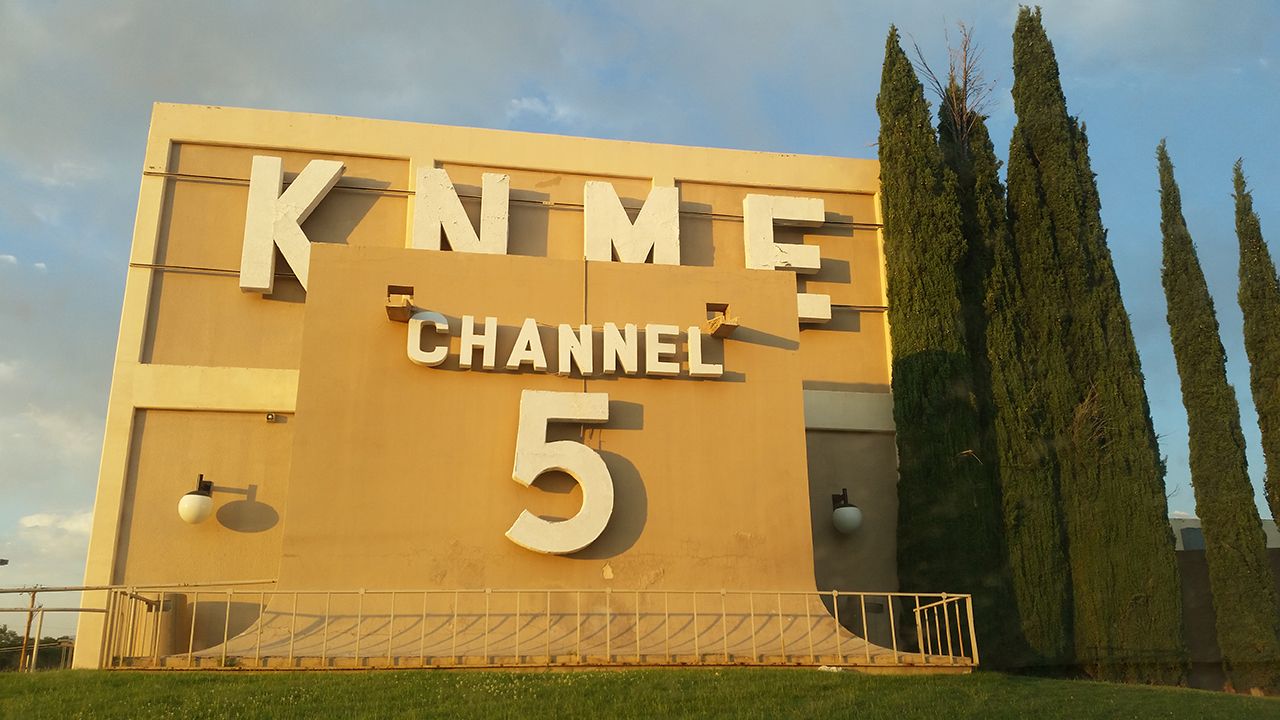 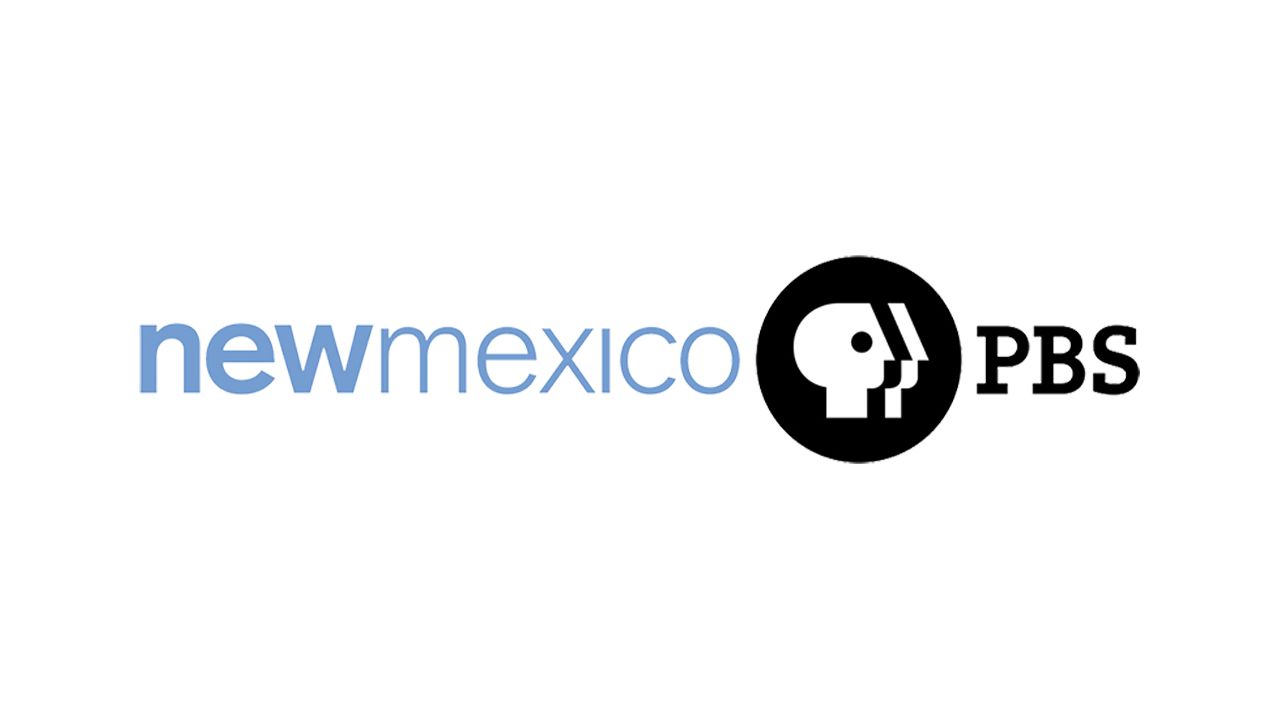 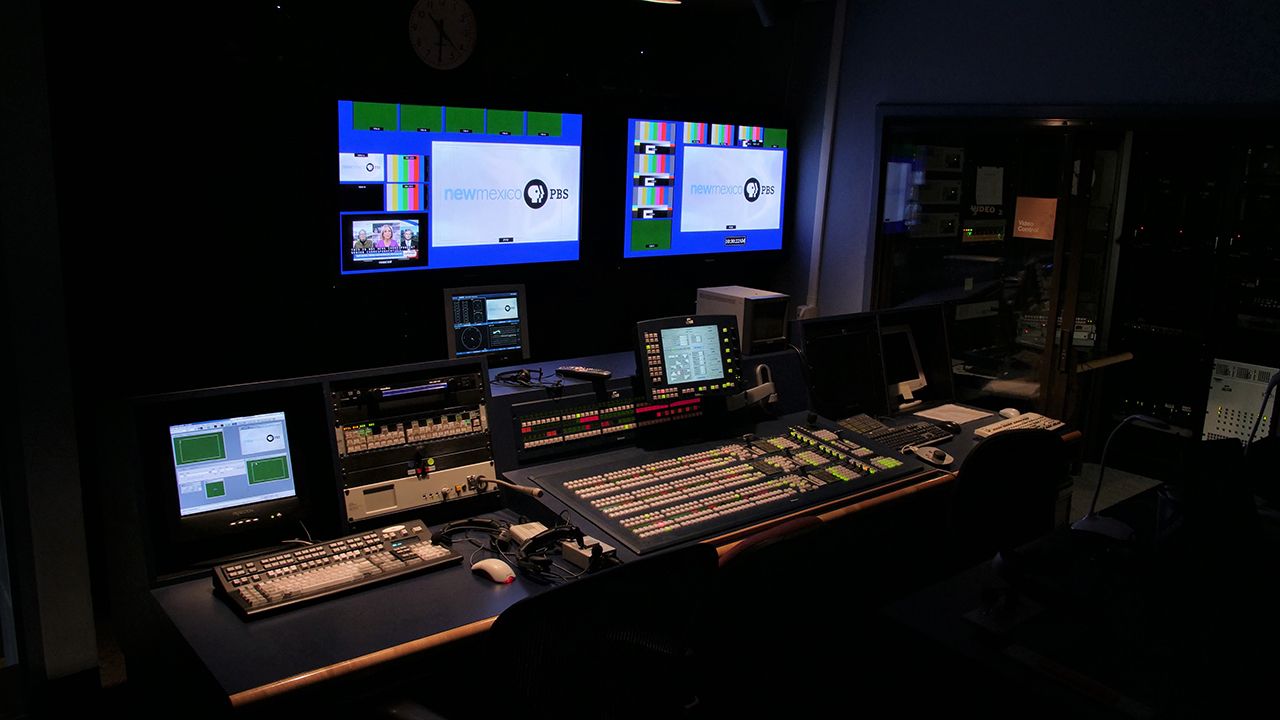 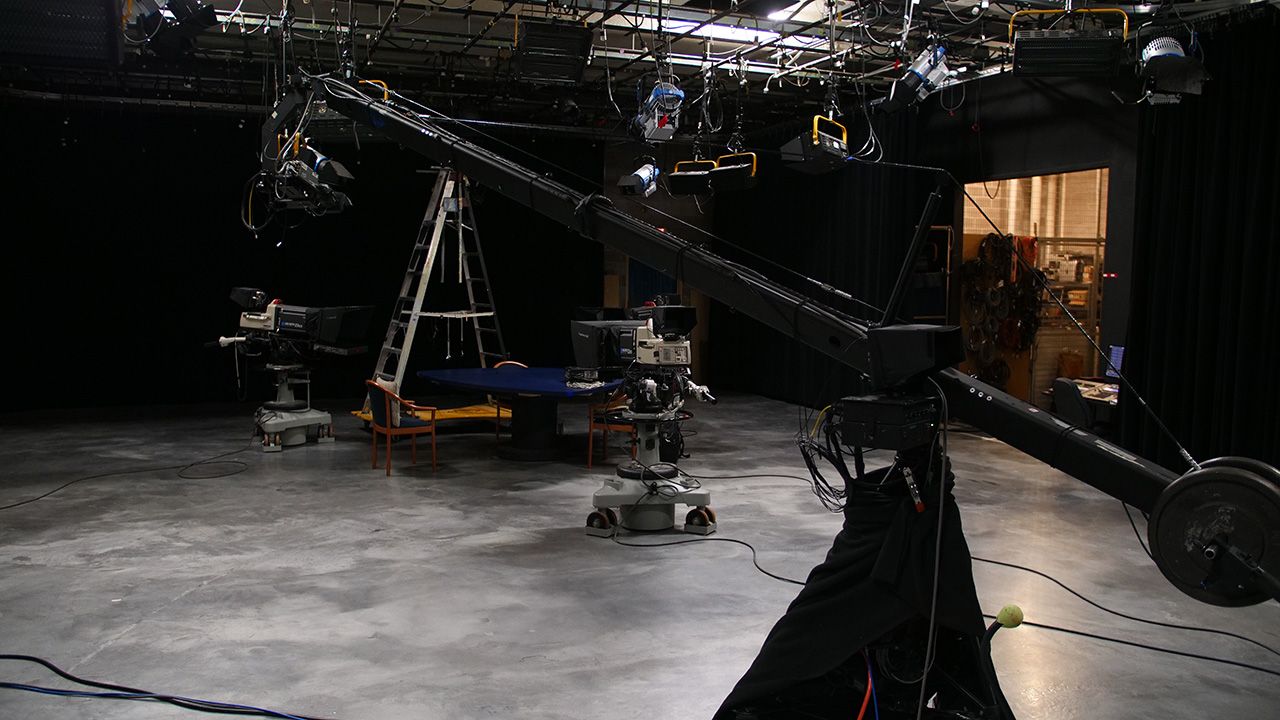 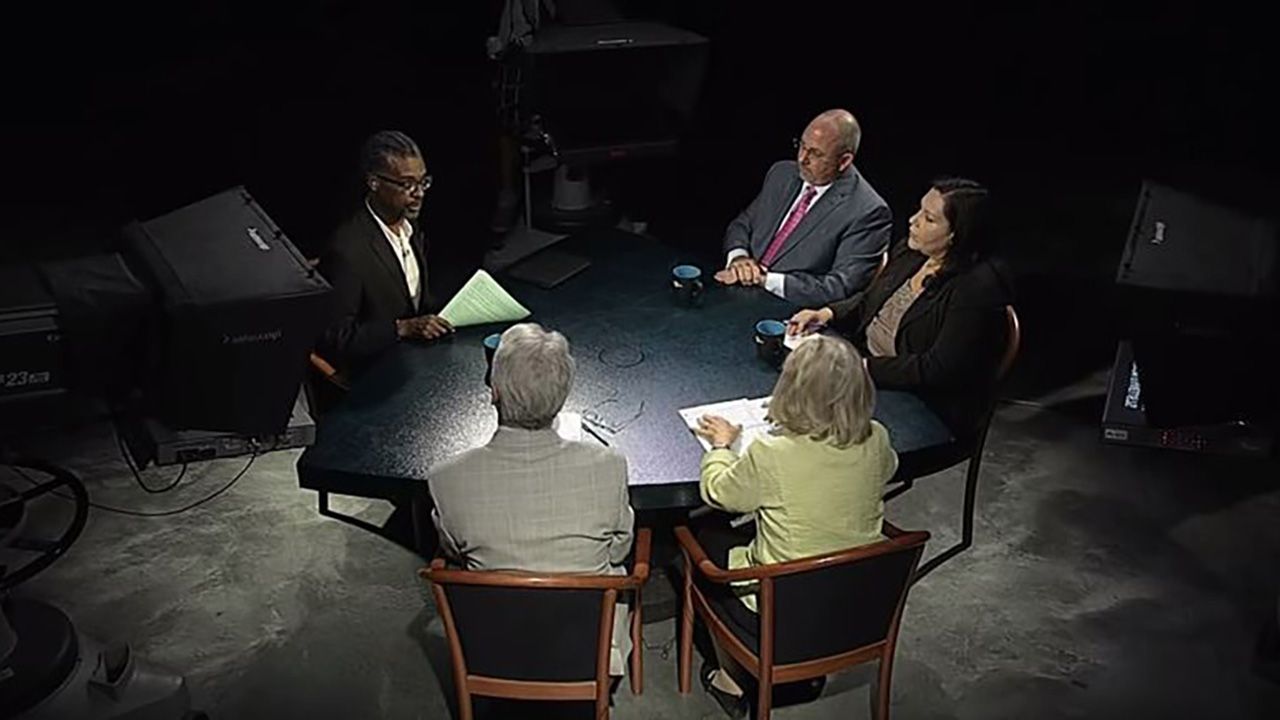 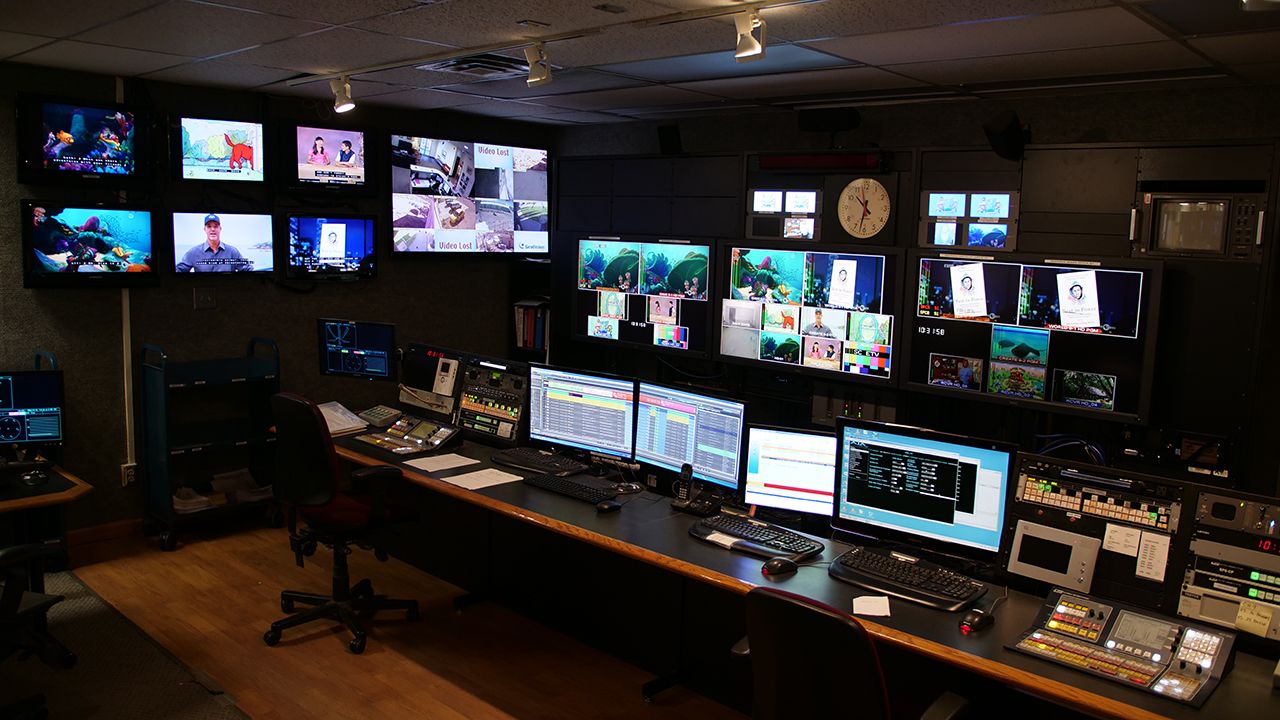 Federal and state funding for America’s public television stations are under threat despite the fact that it was created to “enrich man’s spirit” and to satiate America’s “appetite for excellence.” These descriptions of public television were related in a 1967 address to Congress by the 36th President of the United States, Lyndon B. Johnson. He appeared dazzled with the advances, or “miracles,” in communications, prompting him to sign the Broadcasting Act of 1967.

In his address to Congress, he said, “So today we rededicate a part of the airwaves--which belong to all the people--and we dedicate them for the enlightenment of all the people.”

50 years later, Public Broadcasting Service (PBS) stations send signals from coast-to-coast including the most unpopulated areas in the country; something other commercial networks can’t claim. New Mexico PBS (KNME), located in Albuquerque, NM, is one of the most prolific stations in the Southwest, one of the most watched and one of the most successful in per capita fundraising in the country. Dually-owned and licensed by The University of New Mexico and Albuquerque Public Schools (APS), this station serves the New Mexico community through its broadcast of programs tailored to the community it serves.

Johnson remarked upon signing the Public Broadcasting Act of 1967, “[This Corporation] will get part of its support from our government. But it will be carefully guarded from government or from party control. It will be free, and it will be independent and it will belong to all of our people.”

“The Corporation of Public Broadcasting (CPB) acts as a firewall to keep government from controlling public television. That’s why it exists,” said Franz Joachim, general manager and CEO of New Mexico PBS. “Congress allocates the funds to the CPB so they don’t have any direct contact with PBS when it comes to funding. The CPB then allocates funds to PBS and local public television stations. Everybody is happy about this structure, including Congress.”

Joachim went on to say that there are many misconceptions surrounding the government’s role in public television. The mission of PBS is to provide educational and entertaining content for local communities in order to enrich the lives of citizens.

Mike Pence, Vice President of the United States, was awarded the Champion of Public Broadcasting Award when he was governor of Indiana in 2014.

In an article published by Indiana Public Media, Pence said, “The foundation of a free society is an educated and informed public. For decades, Indiana’s public television stations have enriched and engaged the Hoosier public and reflected the state’s values.”

This is what public television was, and is, designed to do.

Kevin McDonald, executive producer for New Mexico PBS, explained that producing local shows is an expensive venture, but believes that the station is doing great things for the community through conversations about the political, social, economic and cultural aspects that are so relevant in New Mexico.

“Each week we set out to formulate a show with what the pressing issues are in the state. We try to hear from the people we don’t normally hear from in traditional media, even the wonky stuff. We live in a complex state and the issues are complicated and we enjoy telling these stories,” said McDonald.

Weekly shows, such as ¡COLORES! and New Mexico in Focus, are produced in-house by New Mexico PBS, as well as a wide variety of feature length documentaries about New Mexicans, art and the state’s history. These shows are then aired, along with national programming, on a schedule that best suits New Mexicans.

“PBS stations are given the autonomy to air their shows at times that best fit the communities they serve. Networks like NBC and ABC are not given this kind of flexibility and certainly aren’t as focused on local community programming like we are,” explained Joachim.

New Mexico PBS receives funding from many sources and is considered diverse, a good thing when discussing financial stability. They receive approximately 20 percent of their overall budget from the federal CPB allocation, less than 20 percent from the State of New Mexico, just under 50 percent from “Viewers Like You” and 10 percent from local corporate underwriting. Joachim says that his station is one of the healthiest PBS stations in the country.

“This financial diversity is not unique in public television, but it’s rare. If one of these funding sources goes away, New Mexico PBS would feel it, but it wouldn’t devastate us. But, if state or federal funding were cut, stations in small towns like in Portales or Las Cruces would be devastated,” said Joachim.

Joachim and McDonald explained what the impact of cuts could mean in the PBS network. They explained one third of stations in the country are in small, rural communities and said these cuts could be a “death spiral” for the network.

“If small stations close, there is less viewership and fewer stations who pay licensing and program fees into PBS, which would, in turn, reduce the amount of dollars PBS has to produce shows like Nova, Nature and Masterpiece Theatre. Fewer shows being produced, means fewer eyeballs on the screen which would decrease donations from community members. The federal dollars given to PBS stations are shrinking and it’s starting to take its toll. I believe the federal funding component is essential to the survival of PBS,” said Joachim.

Fred Rogers, creator and host of PBS’s Mr. Roger’s Neighborhood, advocated for funding to Senator John Pastore in 1969 when Congress was considering a 50 percent cut to PBS: “We’ve got to have more of this neighborhood expression of care. And this is what I give. I give, an expression of care every day.” The same can be said of New Mexico PBS.