"Arts Talk" is a local cable television show that is produced by Burr and the students in her Entertainment Law class.   UNM law students are instrumental in the variety of elements needed in creating a successful television show – from securing guests, and serving as the attorney charged with obtaining the necessary release agreements from those guests and the audience, to applying makeup just before filming.

Sides will discuss his new book, "Hellhound on His Trail: The Stalking of Martin Luther King, Jr. and the International Hunt for His Assassin."  During the interview, Sides will talk about growing up in Memphis, where King was assassinated, and how that incident intrigued him as he grew up.  This intrigue led Sides to travel the world, following the footsteps of King's assassin, James Earl Ray, for over three years of intense research. 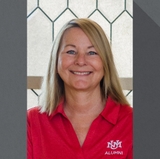 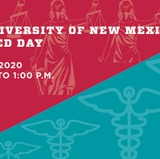