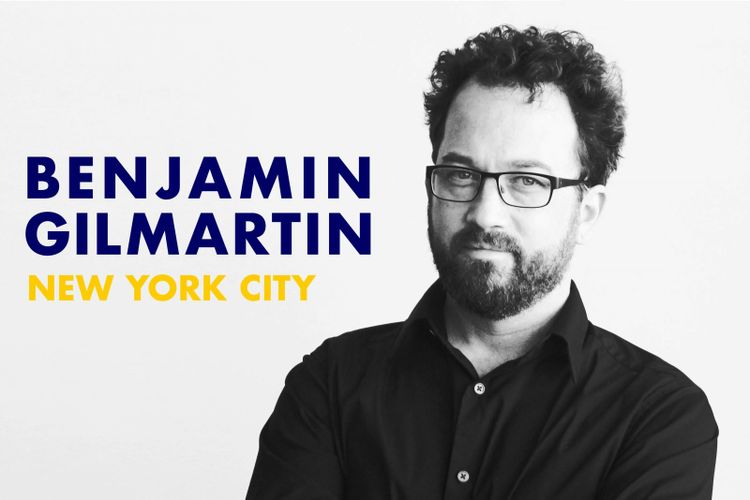 Benjamin Gilmartin, partner at Diller Scofidio + Renfro, is the featured speaker at the 2017 Jeff Harnar Award for Contemporary Architecture presentation.

For the first time, the speaker will also serve as chair of the Harnar Award Jury. The UNM School of Architecture & Planning organizes the Harnar Award, which is supported by the Thornburg Foundation.

Diller Scofidio + Renfro is an interdisciplinary studio that works at the intersection of architecture, visual arts and performing arts. Gilmartin, who joined the practice in 2004 and became the studio’s fourth partner in 2015, collaborates on the design of every project with his three fellow partners, Elizabeth Diller, Ricardo Scofidio and Charles Renfro. He is currently Partner-in-Charge of the United States Olympic Museum in Colorado Springs, and the Rubenstein Forum at the University of Chicago. He has served as project director for the Museum of Modern Art-Expansion and Columbia University’s Business School, both in New York City; the Berkeley Art Museum & Pacific Film Archive at the University of California; and the Museum of Image and Sound in Rio de Janiero.

Prior to becoming partner, he served as project director on two major components of the Lincoln Center Redevelopment Project: the renovation of Alice Tully Hall and the Promenade Project, including the iconic Josie Robertson Plaza.

The Harnar Award ceremony will be held Friday, Feb. 24 at 5:30 p.m. in the Garcia Honda Auditorium in The University of New Mexico School of Architecture & Planning, 2401 Central Ave. NE.

Ane Gonzalez Lara is an architect with a wide range experience on  projects in the U.S. and Europe. She is currently an assistant professor at the UNM School of Architecture & Planning and a partner at BAT-USA, an architecture firm based in Spain.

Gonzalez received her master of architecture from the Escuela Técnica Superior de Arquitectura Universidad de Navarra (ETSAUN) in Spain. Prior to working at UNM, she was an adjunct professor at the University of Houston and worked at SCHAUM SHIEH, assisting on the design of the White Oak Music Hall in Houston. Gonzalez also worked at VG Studio in Houston, at ErenlerBauer in Berlin and at ACXT/IDOM in Spain.

Her research focuses on the tectonics, assembly systems and materiality of contemporary Ibero-American architecture, while also exploring the relationship between space, geometry and materiality.

In 1999, Rosano and her partner Luis Ibarra founded Ibarra Rosano Design Architects. Two years later, Architecture Magazine published their first project and thrust them into the spotlight alongside an elite group of modern desert architects dubbed “The Arizona School”. The youngest of those nine firms, Ibarra Rosano continually attracted the attention of print and digital media and its work has been presented in more than 200 publications in over 20 countries. Both are regularly invited to lecture on their work at national and international conferences, which has served them well, since they rarely make time for vacations.

Their work has been exhibited in several galleries and museums of contemporary art.

With more than 60 national and international design awards to date, their work continues to increase in international attention.  In 2008 they were awarded Residential Architect’s “Rising Star” for their body of work. Their work has served as the backdrop for various media campaigns as well as in the foreground on HGTV’s “Extreme Homes”. They have been three times-nominated for the prestigious Smithsonian Institute Cooper Hewitt National Design Award.

Though their work is influenced by their experiences in the deserts of the Southwest, their ideas appeal to a global audiance. Teresa Rosano teaches part-time at the University of Arizona, where she enjoys sharing her passion for design and the profession.

Charlotte McKernan is a graduate student with an interest in interactive media studies. McKernan completed her undergraduate degree at Franklin University in Lugano, Switzerland, where she received a bachelor’s in communication/media studies and environmental studies. She recently returned to her home state of New Mexico to pursue a master's degree in architecture.

Studying at The University of New Mexico School of Architecture & Planning, McKernan has dedicated much of her research to the use of game engines for design and visualization. She is currently completing a master’s thesis exploring the application of traditional architectural theory to the development of digital spaces. Besides her academic research, she is also interested in pixel art, video games and music.

Charles Menefee, AIA, is a native the South Carolina coast who studied at Carnegie-Mellon University, receiving a professional degree in architecture in 1977. In 1981, he and others formed the Charleston Architectural Group. He joined WG Clark in practice as Clark & Menefee Architects in 1985.

Clark & Menefee Architects received critical mention of its work in numerous national and international journals, won two first prizes in national design competitions and has received three national honor awards from the American Institute of Architects: in 1992 for the Croffead House; 1989 for the Reid House; and 1987 for Middleton Inn.

Menefee served as the Distinguished Visiting Critic at Clemson University in the fall of 1989. The work is documented in a book titled “Clark and Menefee” by Richard Jensen. Menefee currently practices as Charles Menefee Architect. Moving the practice from Charleston, S.C., to Charlottesville, Va. in 1991 came with the opportunity to teach on a regular basis at the University of Virginia, as a lecturer in architecture from 1991-1994 and currently as associate professor of architecture teaching design studio and building courses at the graduate and undergraduate levels.

His academic and professional interests revolve around common issues, specifically those concerning the construction and occupation of the juncture of building and landscape.