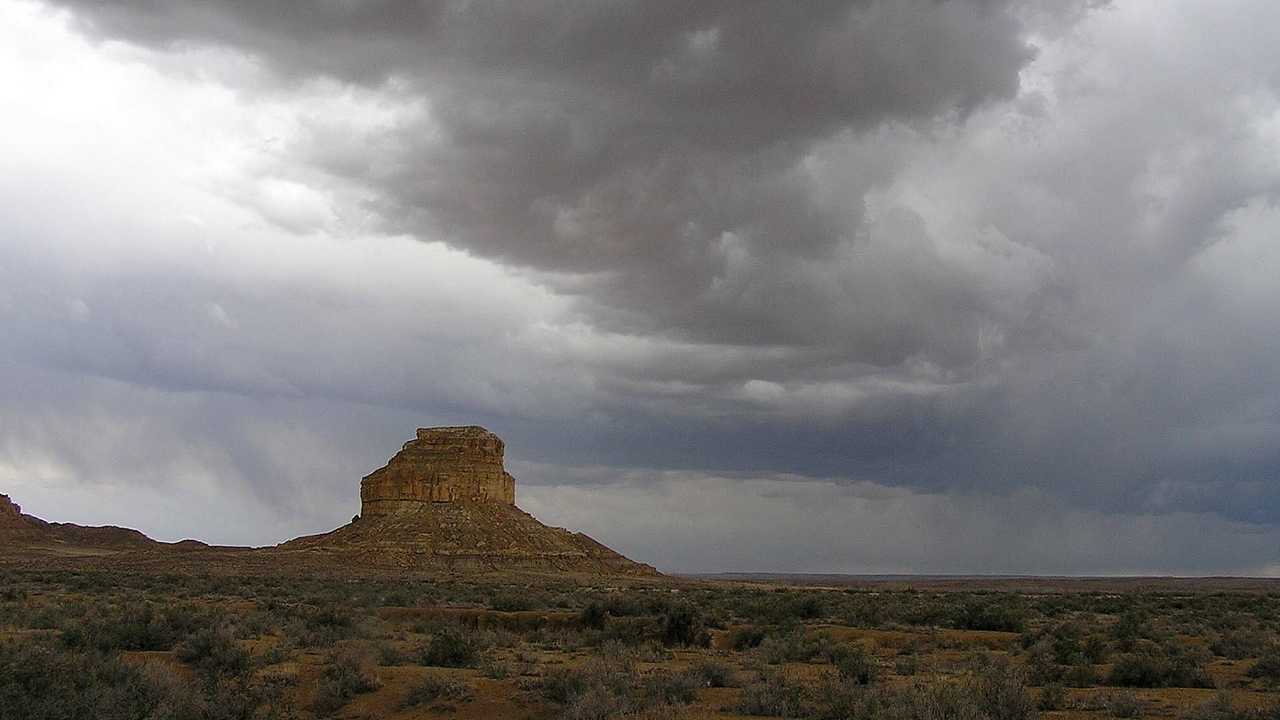 The University of New Mexico KIVA Club, along with UNM LEAF, hosts Solidarity with Indigenous Led Environmental Justice, a screening of the documentary Our Story: The Indigenous Led Fight to Protect Greater Chaco, followed by a panel discussion with seven Indigenous environmental activists.

The event is Friday, April 29, from 6 to 8 p.m. in the third-floor Santa Ana Ballrooms A and B in the UNM SUB.

The week of Nizhoni Days events will end with the 65th annual Powwow honoring UNM Alumni on Sunday, May 1, on Johnson Field at 11 a.m. The no-contest powwow opens with a Gourd Dance at noon, followed by the grand entry at 1 p.m. A community feed will be held at 5 p.m. The powwow is free and open to the public.

The Nizhoni Days Powwow is dedicated to honoring legacies of past KIVA alumni who have built up the legacy of KIVA Club's history and movement that have created a positive environment for cultural awareness. It celebrates the Indigenous peoples and communal efforts within and outside of the University.