This week New Mexico in Focus looks at legislation that could give voters the chance to change how the state's primary elections are operated.

Bob Perls from New Mexico Open Primaries talks with producer Sarah Gustavus about why he believes opening up primary voting to people who aren't registered Democrat or Republican will help increase engagement in politics and civic life. Host Gene Grant and this week's Line opinion panelists also discuss the idea of open primaries.

Also on this edition of New Mexico in Focus, correspondent Gwyneth Doland reports from the Roundhouse on proposals to increase accountability and oversight for campaign finance reporting. It's the latest report for the People, Power and Democracy Project.

And host Gene Grant and this week's Line Opinion Panel also discuss funding for behavioral health services across the state as well as legislation addressing wages. 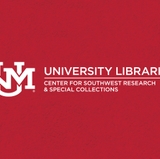