This week on New Mexico in Focus, the Line Opinion Panel explores possible solutions to a stark reality on the Rio Grande, where about 50 miles of the river are now dry in New Mexico.

Plus, the Panel looks through the changes coming to the state’s Children, Youth and Families Department after a review of how the agency handled critical incidents, like child deaths.

And The Line explore whether the State Ethics Commission carries enough power to properly deter and enforce violations.

Correspondent Antonia Gonzales speaks with two members of the National Native American Boarding School Healing Coalition about the Pope’s apology to Canada for the church’s role in the country’s indigenous boarding school program. She also asks what this means for reconciliation efforts here in New Mexico.

Our Land Producer Laura Paskus discusses the drying Rio Grande with a professor emeritus of biology to find out the long-term impacts this will have, not only on humans in the southwest, but also the surrounding ecosystem.

Paskus also discusses the concerns one New Mexico Representative has about the plan to bring nuclear waste from around the country here to NM for storage. 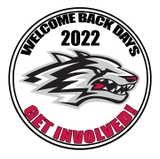