NMiF talks about national issues and the visit of Pope Francis

This week, New Mexico in Focus features local interviews on some of the top issues in the national news including different perspectives in the debate over abortion.

Correspondent Gwyneth Doland sits down with two guests with different perspectives on the debate over abortion. Allen Sanchez, from the New Mexico Conference of Catholic Bishops, talks about Pope Francis’ recent visit to the U.S. and social issues like abortion. Doland also sits down with Katha Pollitt, an author who writes about feminism and abortion, to discuss her take on the continued local and national debate over abortion.

This year marks the 50th anniversary of the creation of the AmeriCorps VISTA program. VISTA volunteers serve in organizations across the country, including in New Mexico, in programs that are addressing poverty. NMiF producer Sarah Gustavus speaks with two former members to discuss the history of the program and how service impacts both members and communities. Author and documentary filmmaker Kathryn Ferguson has spent many years on the U.S-Mexico border. She joins NMIF to reflect on perceptions about immigration and the border.

Also, sign up for the New Mexico in Focus weekly newsletter 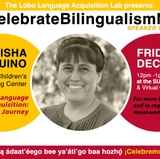