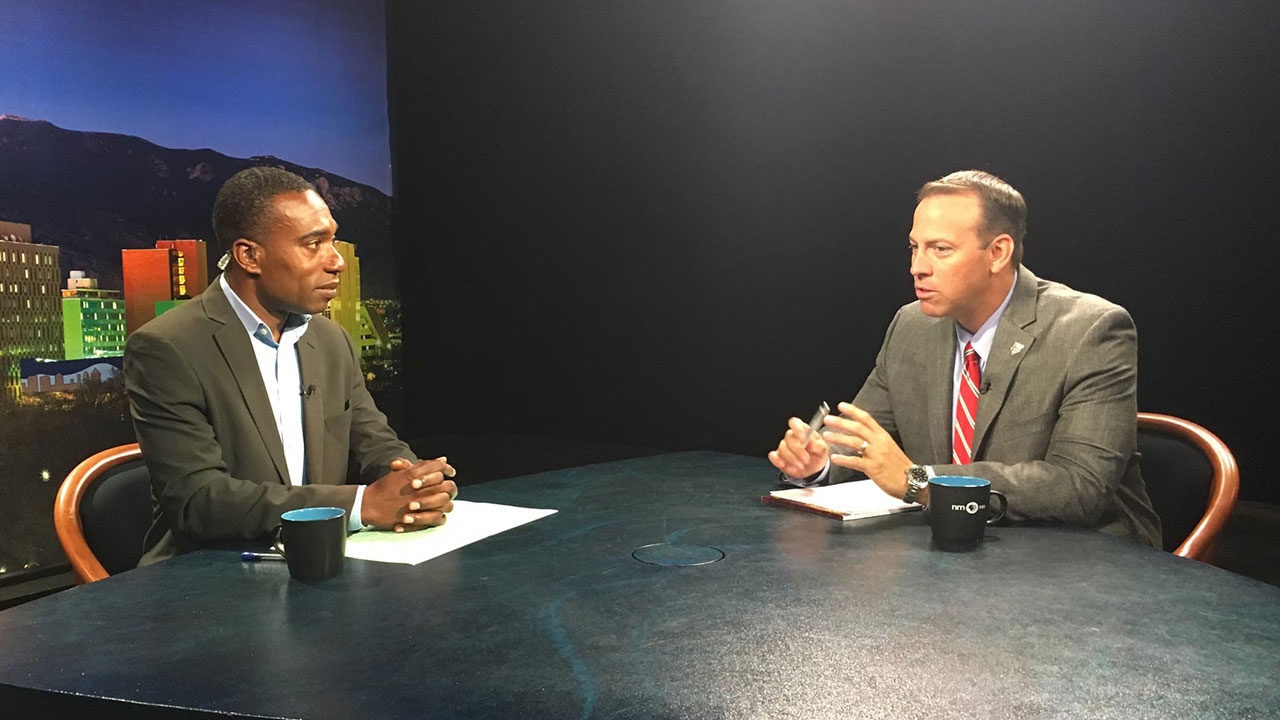 This week on New Mexico in Focus, correspondent Khalil Ekulona sits down with UNM Athletics Director Eddie Nuñez to talk about his first year on the job, his take on some big issues in college athletics and Title IX issues that may impact any decision that is made on the future of The University’s existing athletics programs.

Additionally, Gene Grant and the Line opinion panelists debate whether the guardianship reforms that went into effect this month will sufficiently protect vulnerable citizens. They also look at reactions to PARCC test score results, and discuss updates to the Albuquerque Rapid Transit, or ART, project.