This week on New Mexico in Focus, Correspondent Megan Kamerick visits with author Jimmy Santiago Baca to talk about his journey as a writer.

One New Mexico’s most celebrated writers, Baca has published volumes of poetry, essays, stories and novels. But he was mostly illiterate when, imprisoned at the age of 20, he taught himself to read and write. Baca talks about how reading saved his life, and his work to inspire inmates and to help at-risk youth find their own unique voices. 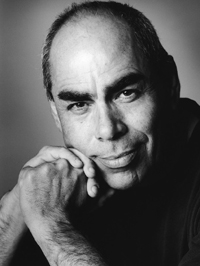