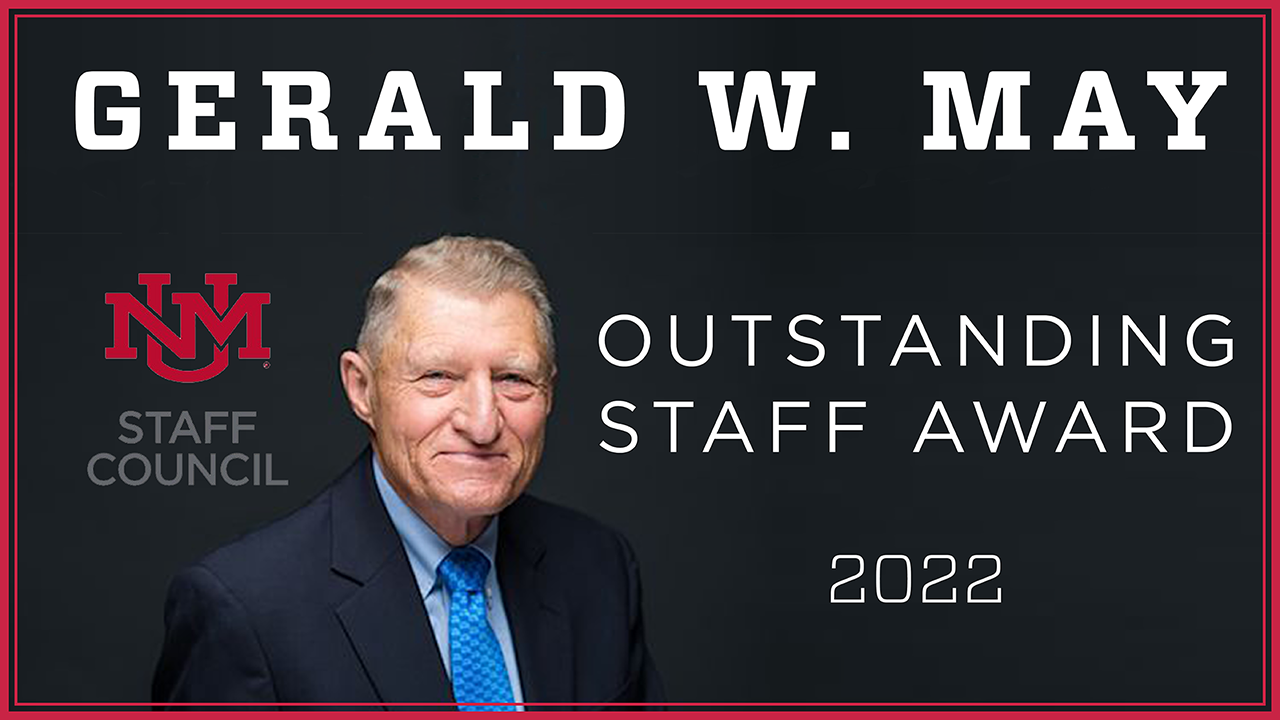 Nominations now open for the 2022 Gerald W. May Staff Award

The University of New Mexico Staff Council is now accepting nominations for the 2022 Gerald W. May Outstanding Staff Award, a prestigious presidential award given to exceptional staff members who have made significant contributions to the University.

Each year, at least three people are presented with a monetary award and plaque. Nominations can be made by faculty, staff, and students that recognize staff members who have made notable contributions to UNM.

The Staff Council Rewards & Recognition Committee completes the screening process and recommends who should be considered for the award. With approval from the Staff Council Executive Committee, they send it to the President of the University. The President decides the final award selections. The awards are presented at a public ceremony in December.

"Although it is impossible to put a price tag on the contributions of staff to the University, the Gerald W. May Award is one way to recognize and honor outstanding staff contributions,” said Staff Council Rewards and Recognition committee co-chairs Grace Faustino and Yadéeh Sawyer.

May served as UNM’s 14th president from 1986-90. In 1990, May provided funds specifically for staff recognition and at the end of his tenure, a matching amount was made available from the Regent’s Endowment Fund.

For more information and a previous list of winners, visit Gerald W. May Award.