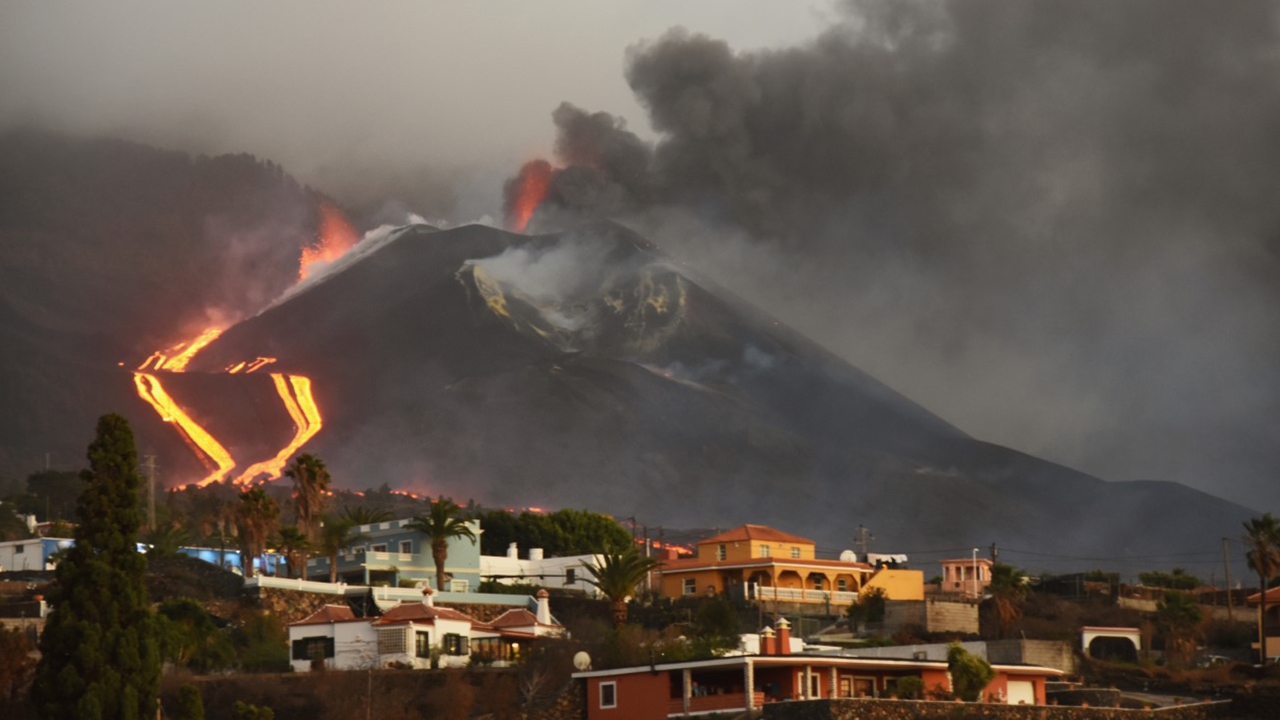 The National Science Foundation has awarded The University of New Mexico’s Department of Earth and Planetary Sciences (EPS) a two-year, $500,000 grant to establish the CONVERSE Center, a project that will set up the foundation for a new national center focused on understanding the fundamental processes that result in hazardous volcanic eruptions.

A potential step-change in understanding volcanic processes will be achieved by collecting key data and samples right at the start of volcanic unrest and during an eruption. This information will inform scientists, in real-time, of the eruption pre-cursors and progression that will feed into quantitative physical and chemical models of volcanoes.

The CONVERSE Center or CONverging on Volcanic ERuption Science with Equity is one of only four such centers currently supported by this funding program and the only one addressing volcanic hazards. The CONVERSE Center will work in collaboration with scientists and institutions from around the world: Central and South America, Iceland and the Canary Islands, New Zealand, Indonesia and Singapore.

“The overarching ambition of the center is to optimize the scientific return from responses of the scientific community to volcanic unrest in order to improve the fundamental understanding of volcanoes,” said UNM EPS Professor and lead Principal Investigator Tobias Fischer. “This understanding will aid in producing accurate forecasts of future hazardous volcanic eruptions.”

At UNM, the CONVERSE Center also involves Yolanda Lin from the UNM Department of Geography and Matthew Fricke from the UNM School of Engineering’s Computer Science department. Other UNM CONVERSE Center collaborators include Cari Hushman from Education and Melanie Moses and Mueen Abdulla, also from Computer Science. The Center is co-led by Bruce Houghton from University of Hawaii, Manoa (co-PI) and volcano and social scientists from UC Davis, UC Berkeley, Columbia, Penn State and the University of Washington.

The need for a coordinated volcano science community in the U.S. was one of three grand challenges identified by the National Academies ERUPT report. The idea for CONVERSE grew directly out if this need to enhance scientists’ ability to respond to volcanic eruptions rapidly to collect key data that then can feed into chemical and physical models for eruptions. This information can then be used to forecast volcanic eruption behavior.

“Many of the world’s most hazardous and active volcanoes that are located near large population centers are located in Central and South America, Europe and Asia,” said Fischer, an internationally noted volcanologist. “It is these volcanoes that have a high likelihood of erupting and causing lots of damage. If we want to learn about how these types of volcanoes behave during run-up to and during eruptions, we need to be able to make the key measurements at these volcanic sites.

“In the U.S., the USGS is mandated to monitor the US volcanoes and respond to volcanic eruptions occurring at these volcanoes,” said Fischer. “The USGS has that tremendous responsibility with regards to the volcanic hazards in this country. At the same time the non-USGS academic community, like researchers at universities, national labs but also NASA, have expertise and instrumentation that can contribute significantly to our understating of volcanic processes.

“The important thing is, however, that we need to coordinate the science response and data collection. So, to make sure that the best possible multi-disciplinary data is collected as soon as possible and with consistency during an eruption - from start to finish. If we can do that consistently, we can learn so much more about the eruptive processes.”

Training and education activities are paramount to the Center’s success and will focus on future volcano scientists utilizing the best practices of the entire volcano science workflow and community training and outreach through workshops and eruption scenarios. A central role of the Center will be as the bridge between the academic community and government agencies responsible for volcano monitoring and eruption response. The center will streamline the partnership with the USGS Volcanic Hazards Program and with observatories and academic partners around the world.

“The center has a significant student training component,” said Fischer. “For example, we are organizing eruption scenario exercises where we simulate the science response to eruptions. We have done this twice so far as part of the RCN. During these exercises, we had strong graduate student participation. We also had a workshop in Albuquerque this summer where graduate students from several universities participated.

“The CONVERSE Center will provide more such training events in the future, and we hope to involve both graduate students and undergraduates. The point is to train and educate students in the general topic of geohazards through the science response to volcanic eruptions.”

The National Science Foundation awarded the grant through its Centers for Innovation and Community Engagement in Solid Earth Geohazards Program, which is intended to catalyze, coordinate, and produce transformative research in the Earth processes that lead to solid Earth geohazards.