A researcher from The University of New Mexico School of Engineering will be the lead investigator on a three-year study funded by the National Science Foundation that will examine links among some common and incurable neurodegenerative disorders.

The project, called “Development of a Novel Class of Protein Conformation Selective Molecular Sensors,” will seek to develop sensors that will enable the early detection and tracking of the diseases by detecting the protein aggregates that form in the brain long before the onset of symptoms.

“Right now, there is no way to detect these diseases other than the onset of symptoms,” said Eva Chi, associate professor of chemical and biological engineering.  “Diagnosis is based on clinical symptoms, and a definitive diagnosis is still postmortem. But often with these diseases, the changes are happening in the brain for 20 years, long before there are clinical symptoms.”

Chi said the findings of this research could help give researchers better understanding of the diseases and lead to much earlier diagnosis and treatment than what is currently available.

“If we can detect the disease earlier, we might be able to intervene earlier," she said. "And in that 20 years before the onset of clinical symptoms, scientists really don’t know what happens during that stage of the disease. So any ability to track those changes will be tremendously helpful.”

Chi said Alzheimer’s is the most prevalent dementia, with a case diagnosed in the U.S. every 60 seconds.

Chi said that scientists have discovered that diseases like Alzheimer’s, Parkinson’s, Huntington’s, amyotrophic lateral sclerosis (commonly known as ALS or Lou Gehrig’s disease) and many other disorders have commonalities even though they have different symptoms.

“They are all protein misfolding diseases, where proteins misfold and aggregate into a common structure,” she said. “We see this from a science point of view to be very interesting. You have this common phenomenon that threads all the diseases. And with all of them, there is no way to detect them.”

Chi said similar changes are seen in athletes and soldiers who have had traumatic brain injury.

“Even a single event of concussion can cause similar changes,” she said.

The team’s goal is to develop a new class of sensing molecules that can detect the protein misfolding process in the brain. In so doing, these new sensors will help us to understand how such diseases begin and progress.

“The idea is that it will help us understand the disease process, which will surely help us to develop therapies for intervention,” Chi said. “Right now, because we can’t see what happens in the brain, we can’t see if therapies are working or not. Our findings will give a key to be able to see the disease, to make the disease visible to us, so we can detect it and be able to study it.” 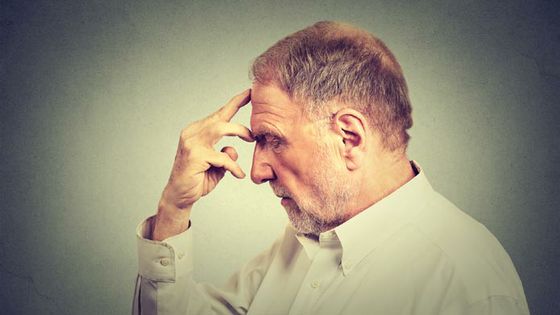 The goal of the NSF-funded research is to develop a new class of sensing molecules that can detect the protein misfolding process in the brain.

Bhaskar will be looking at brain tissue of mouse models and humans that show the protein aggregates common in Alzheimer’s. Chi and Whitten will be working on the in vitro projects in test tubes in the lab, and Evans will be working on computational simulations.

The project also includes an outreach component for the community and for students. Chi said the team will be bringing in the community, the local Alzheimer’s Association, and others to listen to caregivers’ and family members’ needs and challenges in terms of caring for patients, ensuring a good quality of life, and needs in terms of technologies that would help them.

The student outreach element will focus on incorporating design challenges for undergraduates, where they will develop sensors for disease detection. Chi said this will help students understand how to view diseases and design constraints as engineers. Information collected from community members caring for patients will feed into these projects.

“One of the things our students need to learn is how to design under constraint. If they’re designing a sensor, how stable does it need to be? What is the cost? What does the dimension need to be? Does it need to be refrigerated?,” Chi said. “Introducing these constraints gets them thinking. When they are taking these hard undergraduate courses, it’s hard to keep them engaged, but when you involve them in much more relevant problems, they’re just more interested.”

She said that introducing a design project to undergraduates in engineering would be especially helpful in retaining students who are from rural communities and lack role models in engineering.

“Students have really good reasons for wanting to go into chemical engineering, but it’s those first years where we lose students,” she said. “They have a hard time getting going. There’s a whole different level of involvement when they’re working on a problem they’re interested in.” 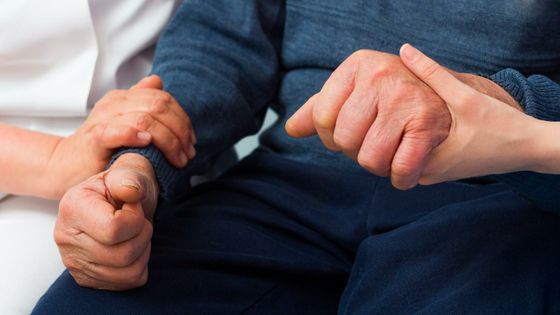 The seed funding for this project the first few years came from private donors in the New Mexico community: several members of the Huning family, and Steve and Jan Matthews. Steve earned a bachelor’s degree in chemical engineering from UNM in 1961.

“It was a leap of faith … a brand new project, and they decided to provide support for three years,” Chi said. “That really enabled us to do all this preliminary research, which gave us a few years of feasibility, which gave us a greater chance of being funded for a full study.”

Margaret Bell (of the Huning family) of Albuquerque said her family has had several members with Parkinson’s disease, including some with early-onset, so they were excited to learn of the expertise in Chi’s lab that might lead to research in the area of early detection. She has watched as members of her family developed symptoms for a disease that had no real treatments or cure and like other family members worries about future generations.

“Early detection is where I wanted it to go,” she said. “If we can detect it 20 years prior, we could be able to prevent the onset.”

Bell said she was “ecstatic” to hear the project was funded by the NSF and was impressed by the management of the project from the earliest days by Eva Chi and David Whitten, who provided frequent updates to the family on the progress of the project, which included seeking broad-based support.

“I’ve just been amazed at the program that was assembled for this,” Bell said. “It’s a great team, and I couldn’t be more grateful to UNM.”

This project is one example of the kind of research-inspired design challenge that will be introduced as a part of a recent $2 million National Science Foundation project Chi and others from UNM are leading. “FACETS: Formation of Accomplished Chemical Engineers for Transforming Society.” FACETS seeks to address the urgent need to produce more engineers who are ready to solve societal problems that include clean water, a clean environment, diverse and sustainable energy sources, and improved health care.