UNM Newsroom / News / One woman, one dream, one bookshelf 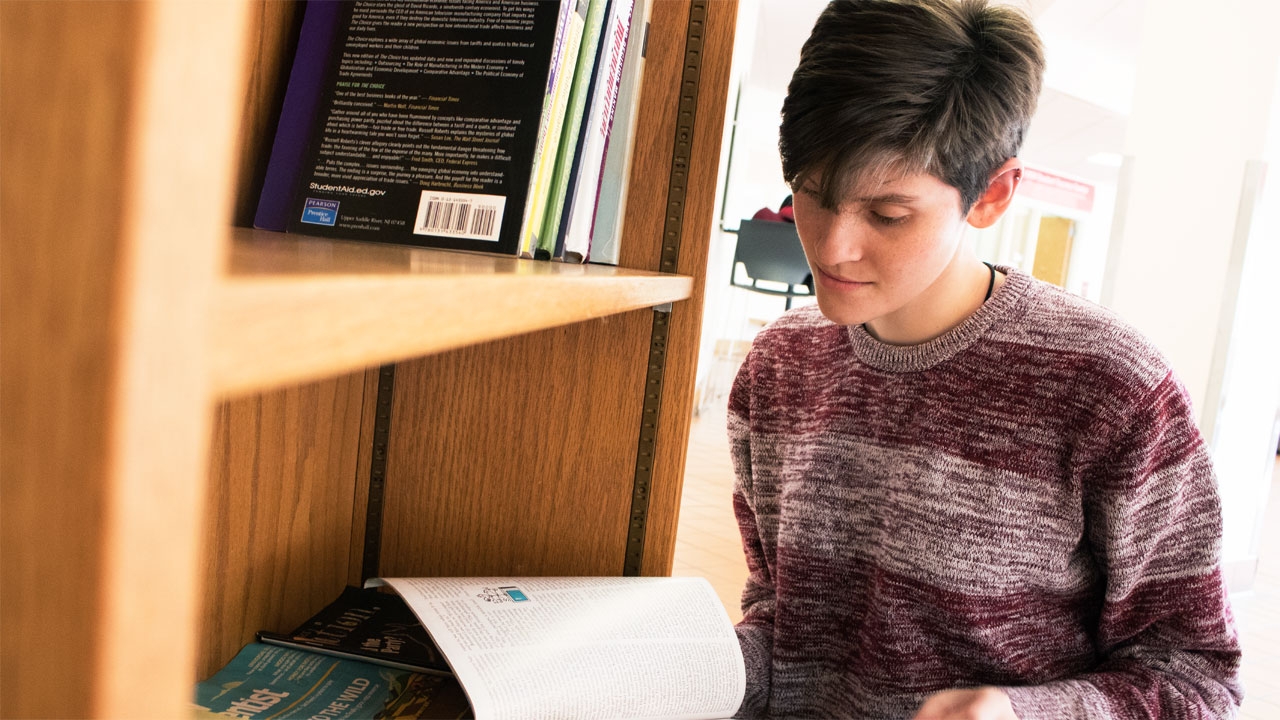 One woman, one dream, one bookshelf

Dreams can be big or small, and the paths to reaching those dreams can be long or short. For Nancy Miller, her dream is big and her path short, simple and only needing one thing: a bookshelf.

“When I was an undergrad student I didn’t have a lot of money to go out and buy new books, and they’ve become even more expensive at the bookstore now,” Miller said. “So, I thought maybe some students could get use of some of my old books.”

Working in the Student Advisement and Enrichment Center at UNM, Miller sees students sit in the lobby waiting for their appointments with nothing to do. She said students come in with children, who quickly become bored and restless. She had been speculating on her dream for a while, talking about it with other employees during the slow hours at work. Miller knew she wanted to do something meaningful and impactful for the students.

That dream didn’t start to come true until the head advisor said there was a bookshelf in his office he wasn’t using. Within 10 minutes the two had carried the bookshelf out into the lobby and placed a sign above it titled “Nancy’s Lending Library.”

“I’m hoping it’s a place to encourage students who wouldn’t normally pick up a book to read,” Miller said.

By setting up the bookshelf a new community was built, one where students and staff can borrow, trade or exchange books with each other. Within hours of the bookshelf’s setup it became filled with donated books. Each day the shelf holds different stories, it never stays the same.

“It’s pretty much a modge podge of everything you can think of. There’s college books for students, there’s novels, there’s cookbooks, magazines, self-help books – just a variety,” Miller said.

Kathrine Eachus, a dedicated reader and UNM student, said “I think the lending library is an awesome idea and students really have a chance to benefit from it, but I also think it’s something people will have to actively contribute to for it to stay meaningful.”

Miller’s dream to build community, spark creativity and inspire students and staff to read is growing fast, and is better than she ever imagined.

“It’s a good thing for the entire University College to have something we share with each other,” Miller said.

Students, staff and faculty are encouraged to look through their books and consider donating to the library. Books can be dropped off at the bookshelf in the main lobby of the University Advisement and Enrichment Center near Mesa Vista hall across from the Student Union Building (SUB).

“It’s a sharing thing – it’s a community thing and hopefully it’s a good way to empty out space in our homes and offices and donate to somebody – it’s a giving thing,” Miller said.