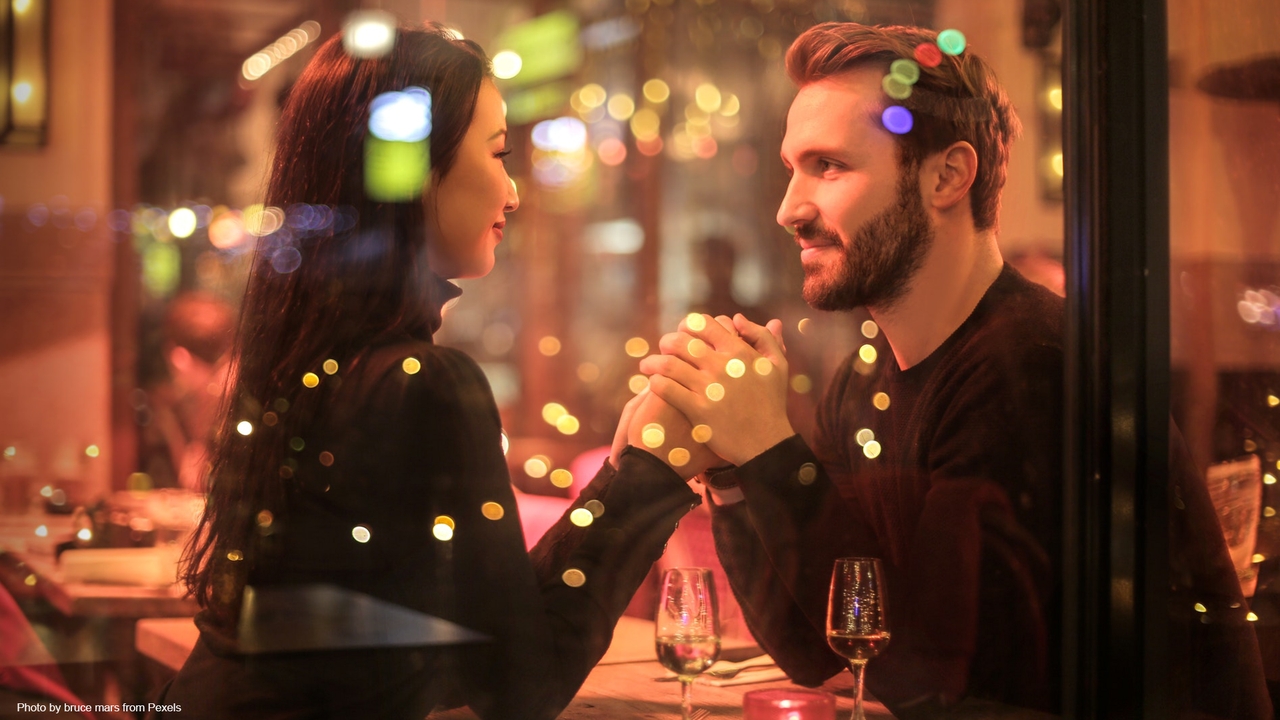 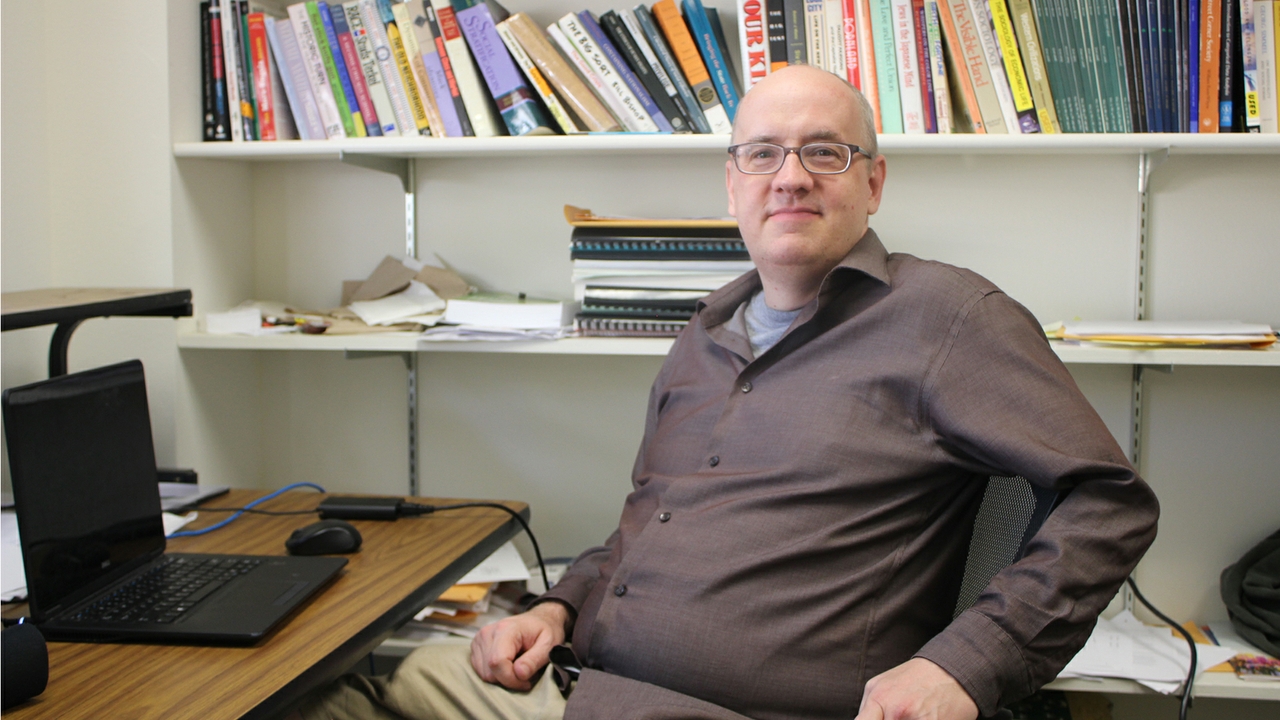 Where did you meet your partner/spouse/significant other? Through family? School? A bar or party? Church? If you did, you’re becoming the minority as online dating gains popularity. Nowadays, a long-term relationship is likely to start with a simple swipe to the right.

From the end of World War II to 2013, most couples met through friends. But that changed in the 1990s with the popularity of the Internet. According to recent research conducted by Professor Reuben “Jack” Thomas of the sociology department at The University of New Mexico, traditional methods of meeting partners have been replaced by online dating.

The trend of finding dates and partners online started slowly in the 1990s and then took off in the 2000s and was still rising for different sex couples meeting online. 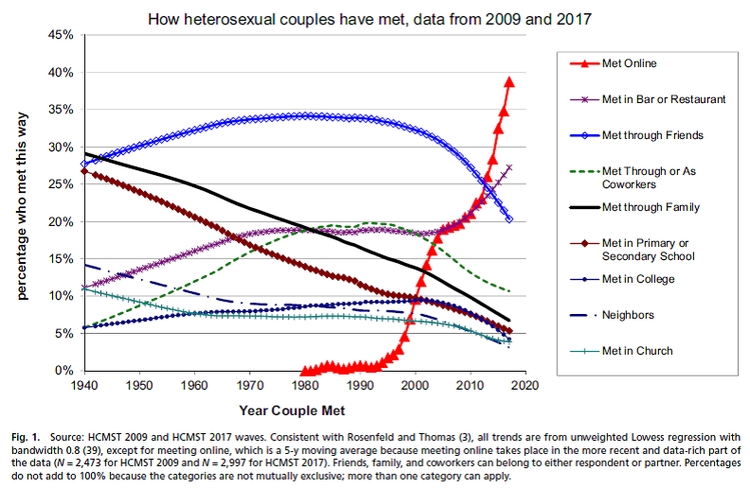 This latest research publication was done by Thomas and two colleagues from Stanford University and published in Proceedings of the National Academy of Sciences. The research sparked a lot of social media interest in July when Derek Thompson, a writer at The Atlantic, featured the findings in his Twitter feed and in an Atlantic article.

“Behold the decline of stranger danger… We used to rely on intimates to screen our future partners. Today, that's work we do ourselves,” Thompson tweeted.

“By far the most common way of finding romance online is through the online dating websites, with the dating apps growing in couple-production but still far behind as of 2017. There are also couples who meet through online communities, online games, chat rooms, social media, social networking sites, etc. But the dating site and apps are responsible for the rapid uptick in couples meeting online. We can't really say from our data which ‘works’ better than others, but the search for love through online dating sites and apps seems to be the most direct path into a relationship,” Thomas said.

“Middle-aged people are the group most likely to find a partner online,” Thomas said. “Younger people may be more tech-engaged and may actually visit these sites and apps at a higher rate, but they have a lot of offline venues to find partners in as well: their schools and social circles tend to be full of single people who they could date. Those in midlife more often have everyday lives that connect them to few viable romantic options, so online dating is more likely to be where they find love.”

Thomas said his young adult students aren’t surprised by all his research.

“We talk about my findings in my ‘Couples, Family and Friendship’ course, and some of it is old news to them: They all know couples who met online,” he said. “But what is news to them is the extent of it, the history behind how finding someone to marry went from a family-brokered affair to an individual search for love through friends and acquaintances to the new dominance of online dating. The finding that couples who meet online are more diverse is mostly a new insight to my students, but one that makes sense to them.

“Relationships that start online tend to turn into marriages quicker than those that start purely offline. As for breakup rates, online formed couples are not less stable. So online formed couples may be considered more ‘successful,’ but I think this is partly because many of the people who get into them had already made a life decision to find someone and settle down as they began their online search, whereas offline formed relationships are more likely to have snuck up on the people involved,” he said.

The online trend of finding a partner is likely to have long-lasting and wide-ranging social effects, Thomas said.

“This is a big transformation in how couples are formed, which creates new family units, which is where the next generations come from. Big changes to those processes can potentially affect just about every aspect of human societies,” he explained. “One way it is already affecting the U.S. is that couples who meet online are more likely to be inter-racial, inter-religious, and from different education backgrounds, though more similar in age. So, the Internet is currently desegregating families in America. It is not a huge effect right now, but it could become larger, and this can have ripple effects across other interpersonal relationships that weaken the boundaries between racial/ethnic, religious, and social class groups. But it doesn't necessarily have to be that way. One can easily imagine a not-so-different practice of online dating that instead reinforces group boundaries.”

The trend has had a run of more than 30 years and may slow down for some couples.

"There will be a point at which it plateaus. It looks like it already has plateaued for same-sex couples in the US: a little over two-thirds of same-sex couples in the U.S. meet online, much higher than the rate for different-sex couples, but that has been stable for several years now,” Thomas observed. “I suspect that different sex couples will plateau at a lower rate of meeting online, because there are still so many offline venues in American life that are full of potential different sex pairings, whereas sexual minorities have always had to search harder and in more specific spaces to find love. But as of 2017, the rate of different sex couples meeting online was still sharply rising.”

Despite his work on the trend of online dating, Thomas didn’t find his partner that way.

“My wife and I met as graduate students in the same program. So no, I'm not personally an illustration of this.”