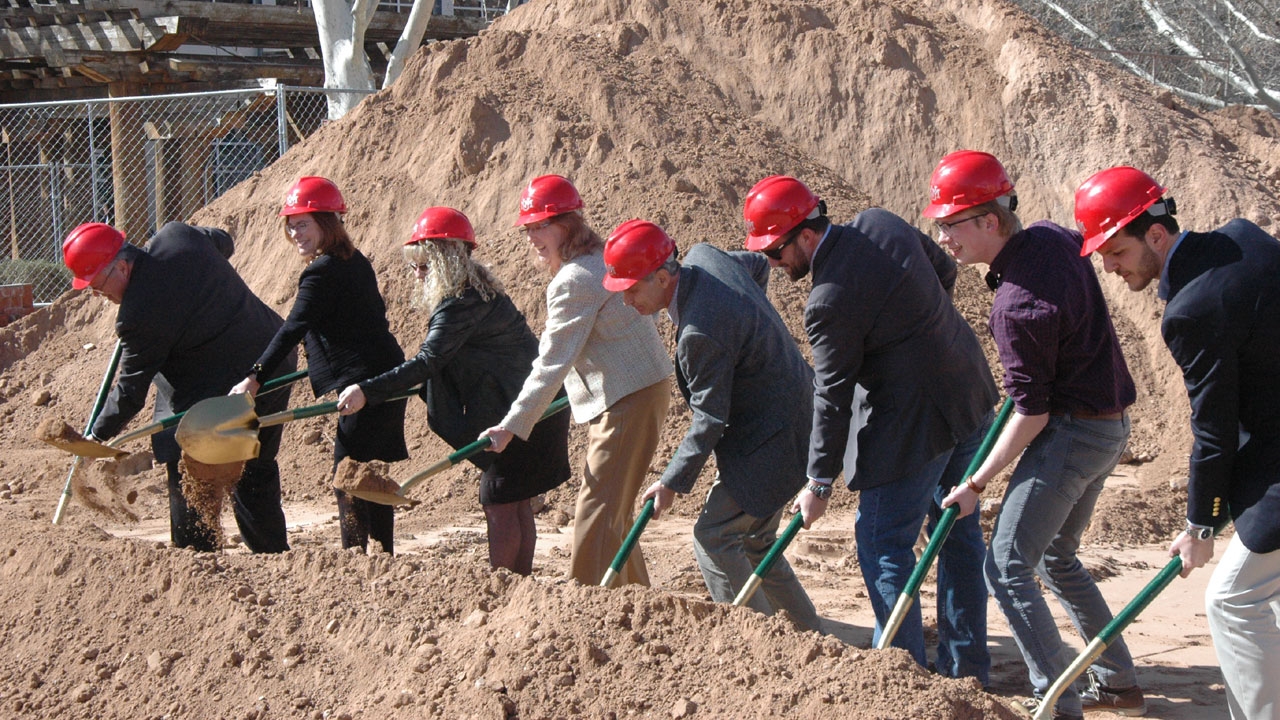 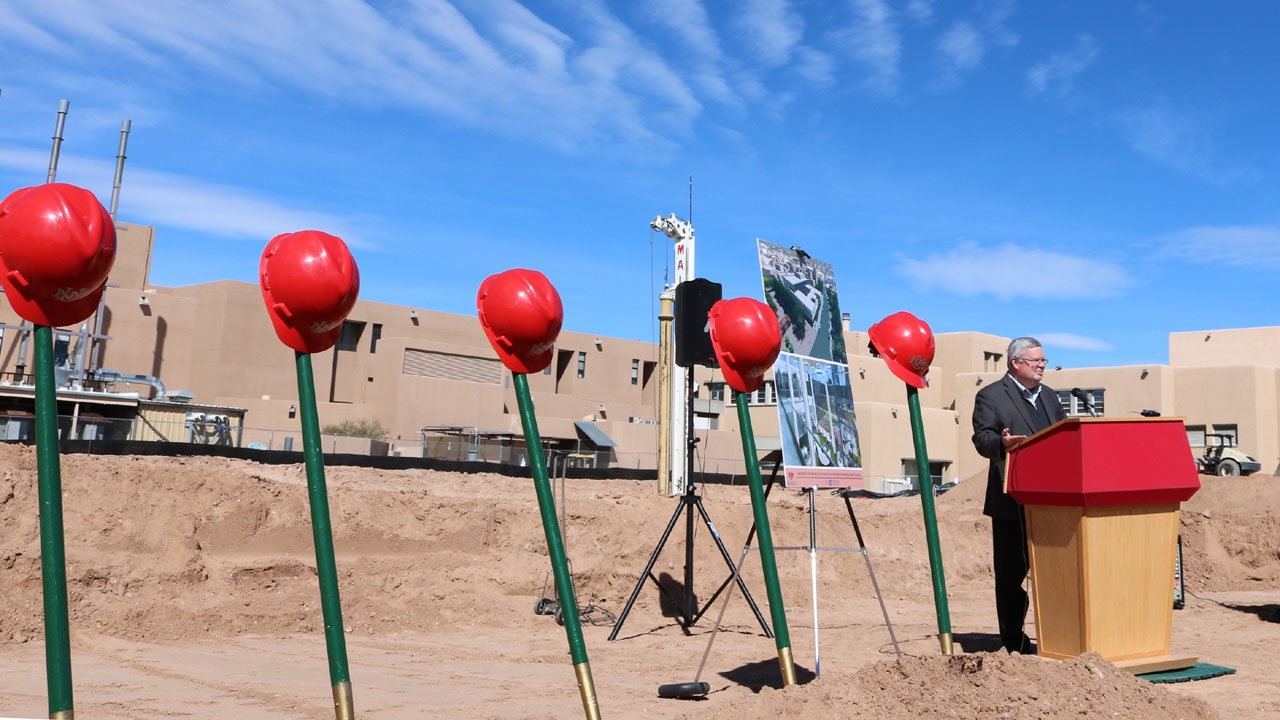 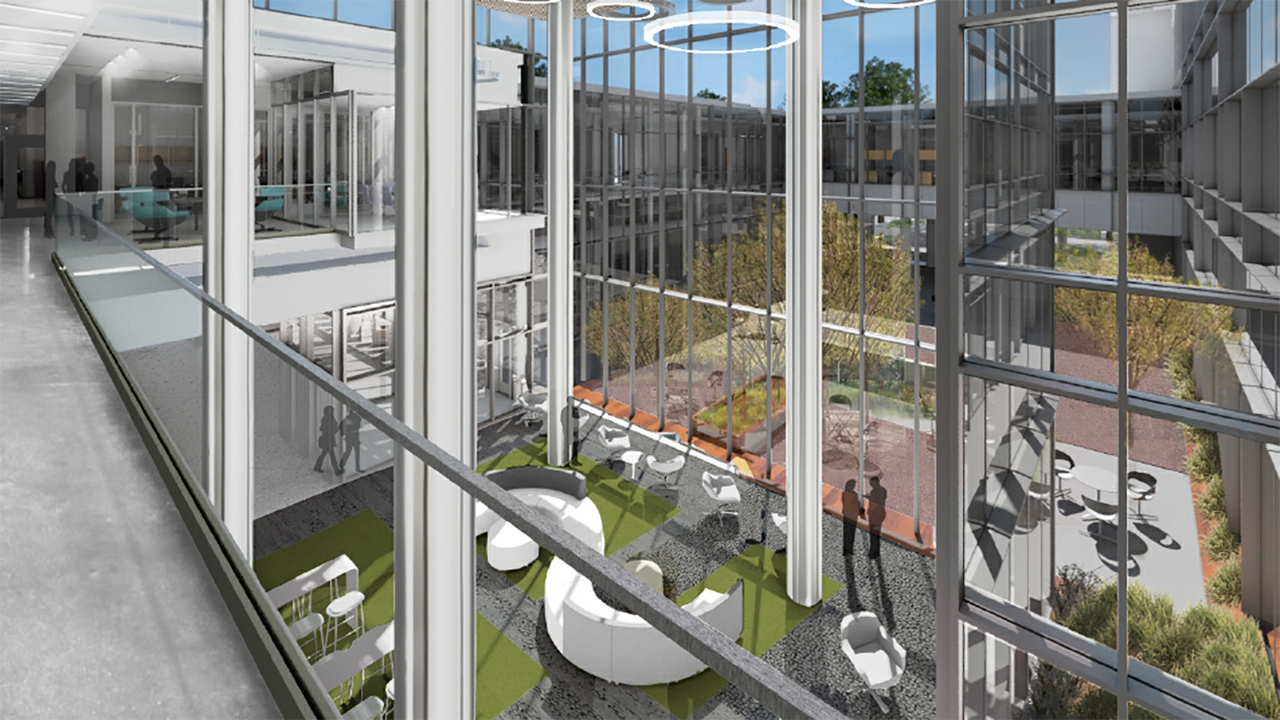 Inside view of PAIS 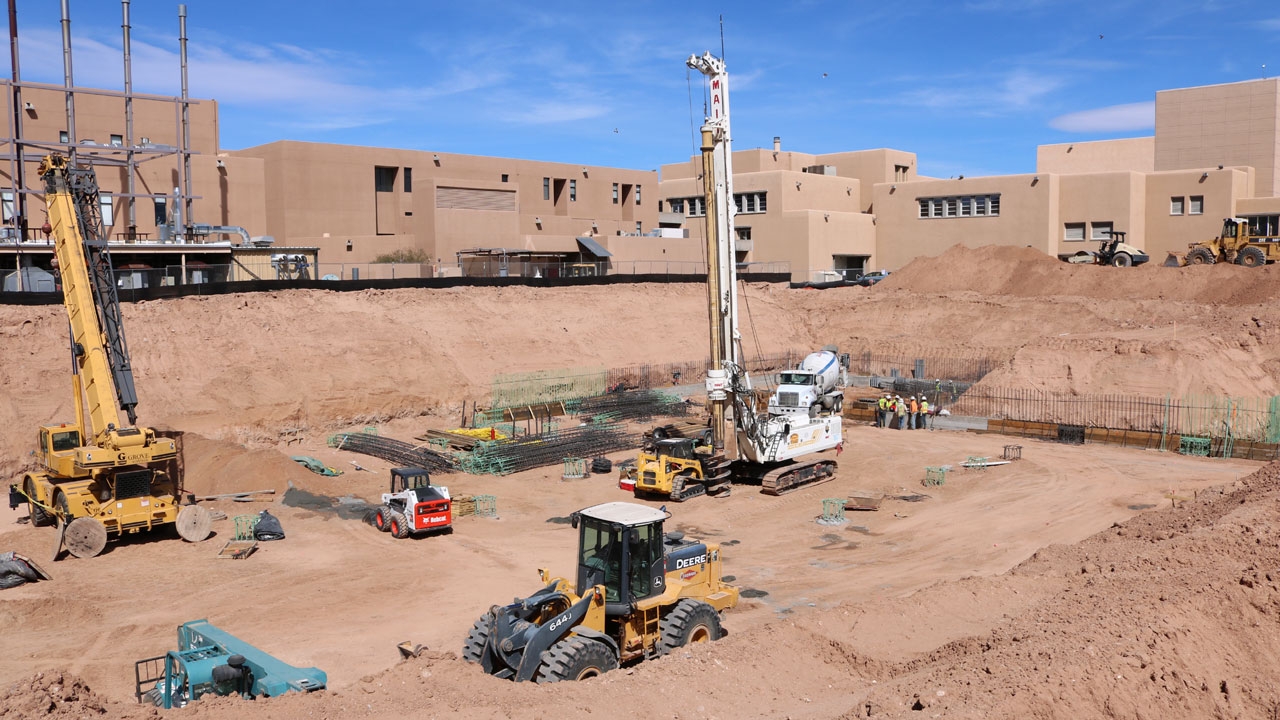 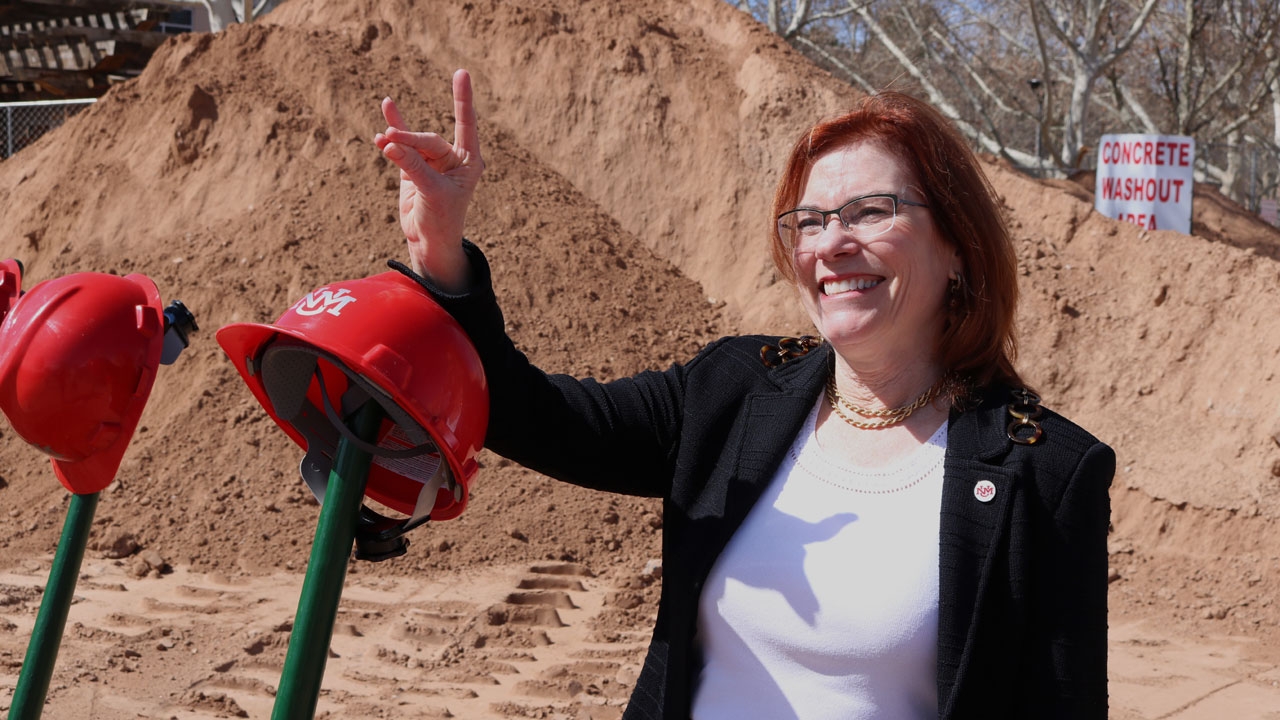 The reservoir was demolished, the rubble was cleared and preliminary foundation work began weeks ago in preparation for a day that was more than two decades in the making at The University of New Mexico – the official groundbreaking of a new facility named, Physics & Astronomy and Interdisciplinary Science or PAÍS as it’s affectionately called.

It began as a simple idea to revolutionize the way research is conducted at UNM: build a facility to house classrooms, offices and laboratory space for scientists from across campus, not just from a single department. That idea moved another step closer when UNM officials broke ground on PAÍS, a state-of-the-art, 137,000 square foot facility that will be built with the purpose of revolutionizing research. PAÍS will not only change the face of the UNM campus and provide cutting-edge facilities across the University to make the type of impact in the way students and faculty work to solve problems.

PAÍS is where a variety of interdisciplinary science centers, all at the forefront of their various fields, will conduct path-breaking research. Students will work closely with faculty in a collaborative, hands-on, and interdisciplinary model of education to address questions that are beyond the reach of any single discipline. The move toward a more interdisciplinary approach is something many of the top research universities across the country are doing. Studies have shown these spaces can help increase conversations among researchers that can lead to innovative ideas. Also, many funding agencies are putting an emphasis on interdisciplinary research by requiring it as part of the proposals from grant writers.

The groundbreaking, hosted by UNM Arts & Sciences Dean Mark Peceny, took place at the construction site at the southeast corner of Yale Mall where an old, dormant water reservoir for the City of Albuquerque once stood for years.

“I want to truly commend those who have seen this project through to this wonderful day,” said UNM President Garnett S. Stokes. “I’m honored to join the dean and other dignitaries here today as we launch a new era of science research and discovery at UNM. I want to express my sincere thanks to all those who have been involved. I look forward to seeing this site transformed into the most state-of-the-art building in the entire state of New Mexico bringing with it decades of life-changing education to our community.”

When it opens in fall 2019, PAÍS will house the Department of Physics & Astronomy and numerous centers from a variety of departments across campus including:

Research will involve faculty from the Arts & Sciences departments of Anthropology; Chemistry and Chemical Biology; Earth and Planetary Sciences; and Geography and Environmental Studies; as well as faculty from Engineering and Health Sciences. However, one of the most important benefits of the new facility will be its impact on UNM’s student population. PAÍS will give undergraduate and graduate students new classrooms and state-of-the-art laboratories to learn in. For many, the benefits to students are what make a project of this magnitude worthwhile.

“Finally! This is a great day for all of us particularly for the member of the Department of Physics and Astronomy and the interdisciplinary science centers that will occupy this new building,” said Wolfgang Rudolph, chair, Department of Physics & Astronomy. “It has been a long journey on a road that has taken many turns, and believe me, it was not always clear whether the next turn would bring us closer to this milestone today. For the last six years, I’ve had the privilege to be very closely involved with the planning and design of PAÍS. On behalf of our students, staff and faculty I would like to express our gratitude for the concerted effort by the UNM leadership to get this project off the ground.

“Last but not least, we are grateful to the citizens of New Mexico for approving the bonds that will pay one half of the bill, and to UNM students, who have not only supported the project from day one, but will pay the other half of the bill. In return, we can promise a world-class education. Stay tuned for groundbreaking discoveries out of PAÍS.”

The old Physics & Astronomy building housed on North Campus was constructed in 1951. Over the years, the current facility expanded and had minor renovations and improvements, but it no longer met the basic needs of researchers and students for the caliber of research being conducted in the building.

"We owe it to our students to train them in cutting-edge research and in the best facilities. The new building would have a huge impact on that," said Rudolph.

Additionally, PAÍS is the Spanish word for country or nation. The name reflects the commitment of UNM to share research and space. PAÍS recognizes that UNM is both a high-powered Research I flagship university and a federally designated Hispanic-serving institution.

“This is going to be a transformative building for the University,” said Mark Peceny, dean of UNM’s College of Arts & Sciences. “It won’t just house the new offices for Physics & Astronomy, but it will also have a variety of interdisciplinary science centers that are at the forefront of their various fields and are doing path-breaking research that will provide extraordinary opportunities for our students. This is a building to bring people together to do transformative science.”