“I am pleased to announce the selection of Dr. Valdez as the next Chief Executive Officer of UNM’s Taos branch campus. He brings experience, passion and vision to this role. Acting Provost White and I look forward to working with him to advance the goals of the branch campuses, and especially UNM Taos.” 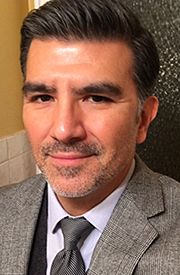 Valdez is a graduate of St. Edward’s University with a bachelor’s degree in International Studies, a master’s degree in student personnel administration from Teachers College, Columbia University, and a doctorate in higher education administration from The University of Texas at Austin. He is currently the Dean of the Undergraduate College and Associate Professor of Education at the College of Mount Saint Vincent in New York City. ​​

He held senior level positions at St. Edward’s University, the University of Texas at San Antonio (UTSA), the Hispanic Association of Colleges and Universities (HACU), the Association of Public and Land-grant Universities (APLU), and CUNY-Lehman College developing and executing academic and student success programs.

"I am excited by the opportunity to serve the students, staff, and faculty as CEO of UNM-Taos,” Dr. Valdez said. “I am honored to become part of the UNM system, a higher education system I have admired throughout my career.  I also look forward to working closely with President Abdallah and Provost White to continue providing educational opportunities to the Taos community and north-central New Mexico region."

Nationally, Valdez has conducted research on the challenges and obstacles facing first-generation college students and given presentations on executive leadership, African American faculty experience at a tier one university, increasing the number of underrepresented students in STEM, and bridging the gap between higher education and the community. His current research focuses on the policy formation of Hispanic-Serving Institution (HSI) legislation, enacted by Congress in 1992, and the role that HSIs will play in educating the nation’s fastest growing student population. ​