Pieces of the president puzzle fall into place

The early departure of President Robert Frank is causing a domino-effect of change in several offices across campus. 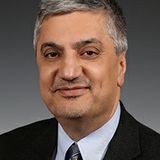 Chaouki Abdallah assumed the position of interim president on Jan. 1. President Abdallah obtained his Bachelors of Engineering from Youngstown State University in 1981 and his Masters and Ph.D. in Electrical Engineering from the Georgia Institute of Technology in 1982 and 1988, respectively.

He joined the Electrical and Computer Engineering (ECE) department at UNM; and between 2001 and 2005 he was the associate chair for graduate affairs at ECE. Between 2005 and 2011, he was the ECE department chair prior to his becoming the provost and executive vice president of academic affairs of UNM in July 2011, a position he held until December 2016. When the Board of Regents appointed him acting president of UNM at the beginning of the year, it left a vacancy in the provost office. 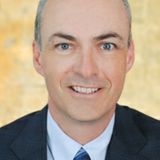 Prior to entering academia, he worked in the tax department of the Fort Worth, Texas office of Price Waterhouse. His research and teaching specialization is in the area of federal income taxation. 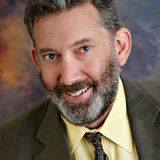 When White became acting provost, a acting dean was needed for the Anderson School of Management. Associate Dean Shawn Berman stepped in to fill the role effective Jan. 3. Berman, a Professor of Business and Society, has served as the associate dean of the Anderson School since 2015.

He earned his Bachelor of Arts degree in Mathematics from Occidental College, and his Ph.D. in Strategic Management from the University of Washington. Berman joined the faculty at Anderson in 2007.

Meantime the search for the next UNM president continues. This week, a report released by the national firm heading the search outlines what is required of candidates, including continuing to improve the school’s graduation and retention rates, as well as balancing the budget. The Board of Regents aims to have a new president in place by early spring.