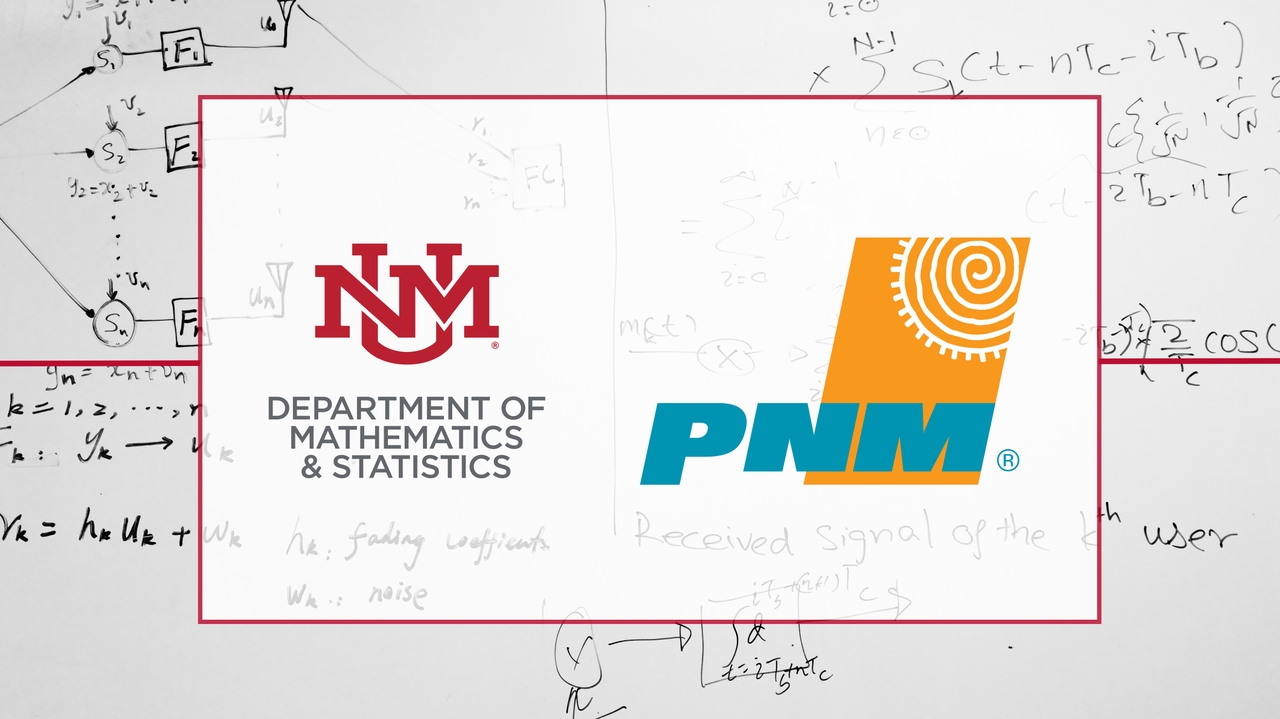 The UNM-PNM Statewide High School Math Contest promotes mathematics education in grades seven through 12. It was originally established in 1966 and has gone through multiple renditions and names. PNM began sponsoring the competition in 1997, and annually between 700 and 1200 students participate. The sponsorship provides about $17,000 every year for the contest, which equals out to about $350,000 towards molding young mathematicians over the course of the last two decades.

“With the increasing importance of data analytics and other computational fields that require strong math skills, encouraging these students will be even more critical in the future,” – parent of UNM/PNM Math Contest competitor.

“This is an outreach program that greatly benefits the community,” said organizer Jehanzeb Chaudhry. “It gets people excited about math by participating in it. It’s part of UNM’s mission of embodying education and interfacing with the community and get them excited about academics, science and math.”

The annual contest is currently directed by UNM professors Hongnian Huang and Jehanzeb H. Chaudhry. Both of them receive generous help from professor Janet Vassilev, who has organized this contest in the past. The faculty take on a considerable task in making sure the competition goes smoothly; they organize and invite participation, and also write, grade and distribute exams.

The math contest is also part of the vision PNM has that fosters initiatives that create enduring value.

“What is more enduring than supporting education and the promising New Mexico students who are eager to learn science, technology, engineering and math?” said Laurie Roach, PNM manager of outreach and engagement. “These students add an incredible amount of value to our communities and we want to support them in a way that allows them to be as successful as they are driven.” 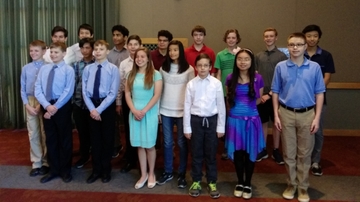 Past contestants of the UNM/PNM Math Contest

Over the years, PNM has donated a total of $350,000 to sponsor the program; and it gives more than money to the cause. Some of the utility’s 1,500+ employees have taken time out of their lives to attend award ceremonies and witness first-hand how the UNM/PNM Math Contest benefits the community.

In fact, Gannon – who has attended and spoken at several awards ceremonies throughout the years – says she sat with one young student who asked if he could shadow some PNM employees one day. That one day turned into many and the student was able to intern at PNM most of the summer, helping with environmental work.

“By collaborating closely with UNM on projects like these, together we can have a positive impact on New Mexico, technology, and the application of math skills,” Roach said. “The partnership also combines PNM philanthropy with employee ‘volunteer power’ to foster the future workforce.

The partnership is just one example of how community and the UNM campus are coming together to engineer change and grow collaborations.

“Our UNM students and many of our faculty members are also involved and help us grade the exams that competitors send in,” said Chaudhry. “We even have teachers travel in from around the state to help also.”

This year, more than 800 students applied to test their skills. The competition rewards students, teachers and schools who show mathematical excellence through a two-part contest that tests both subject potential and formal knowledge. The first round was completed earlier this month, with results to be posted in early Dec. Those who qualify for round two will be sent letters inviting them to take part in the final exam at UNM’s Science and Math Learning Center in spring of next year. The winners will be announced at a banquet in April. Among the prizes are gifts from Mu Alpha Theta (the National High School and Two-Year College Mathematics Honor Society) and a generous discount from the American Mathematical Society, as well as a variety of books.

But it is not just the students who are competing, schools with the highest participation are also honored – which is creating a positive demand for more math educators.

"Parents have approached me and are interested in having a prep class taught, to get students ready for the contest," Huang said. “They say they need more classes to help students prepare.”

Although Huang doesn’t yet know if those classes will come to fruition, he says he’s encouraged simply by the interest level.

“I competed in math competitions when I was in high school, and I saw it as a great benefit,” concluded Huang. “I think it’s very much worth all the effort in order to provide these students with similar opportunities.”

“Shaping the perspectives of high school students is inspiring,” added Chaudhry. “We’re impacting how they will think of math for the rest of their lives, and that’s why I enjoy being involved.”