Don Swick, university facilities engineer with the Physical Plant Department (PPD), was recently awarded the 2015 Energy Engineer of the Year in Region IV by the Association of Energy Engineers (AEE).  This award is described by the AEE for “those who exemplify the very best in their fields.”

Since 2012, Swick has worked at UNM and has been heavily involved in numerous innovative energy conservation projects that have resulted in significant energy cost savings for the university.  In less than three years, Swick has managed seven major Heating, Ventilation & Air Conditioning (HVAC) controls and lighting upgrade projects that have reduced energy consumption valued at $600,000 annually.

Swick’s entire career has been full of contributions to the energy engineering field.  Donald Swick grew up in the oil industry, and as the son of a petroleum geologist, was quite aware of the impact of the energy industry upon the lives of people.  In college, Don worked summers on off-shore oil rigs, and in 1975, Swick graduated with a Mechanical Engineering degree from University of Louisiana Lafayette.

Swick’s desire to be involved in innovative energy sources played a big part in his decision to accept a graduate research assistantship working on a solar energy supplemented HVAC system project at the University of New Mexico from 1976 – 1978.  “I always wanted to be a solar energy professional, but I realized that energy conservation would have a bigger impact on the HVAC industry moving forward in the future,” said Swick.

Even though most of his work at UNM isn’t dedicated to solar, Swick has been instrumental in moving the university toward carbon neutrality by 2050; a goal set by the UNM Climate Action Plan. “It is a great honor to receive this kind of recognition from my peers in the energy industry,” said Swick.  “There will always be more work to accomplish, that will benefit the university and the people in the world.” 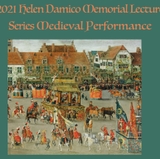 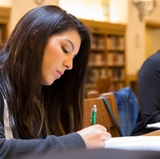