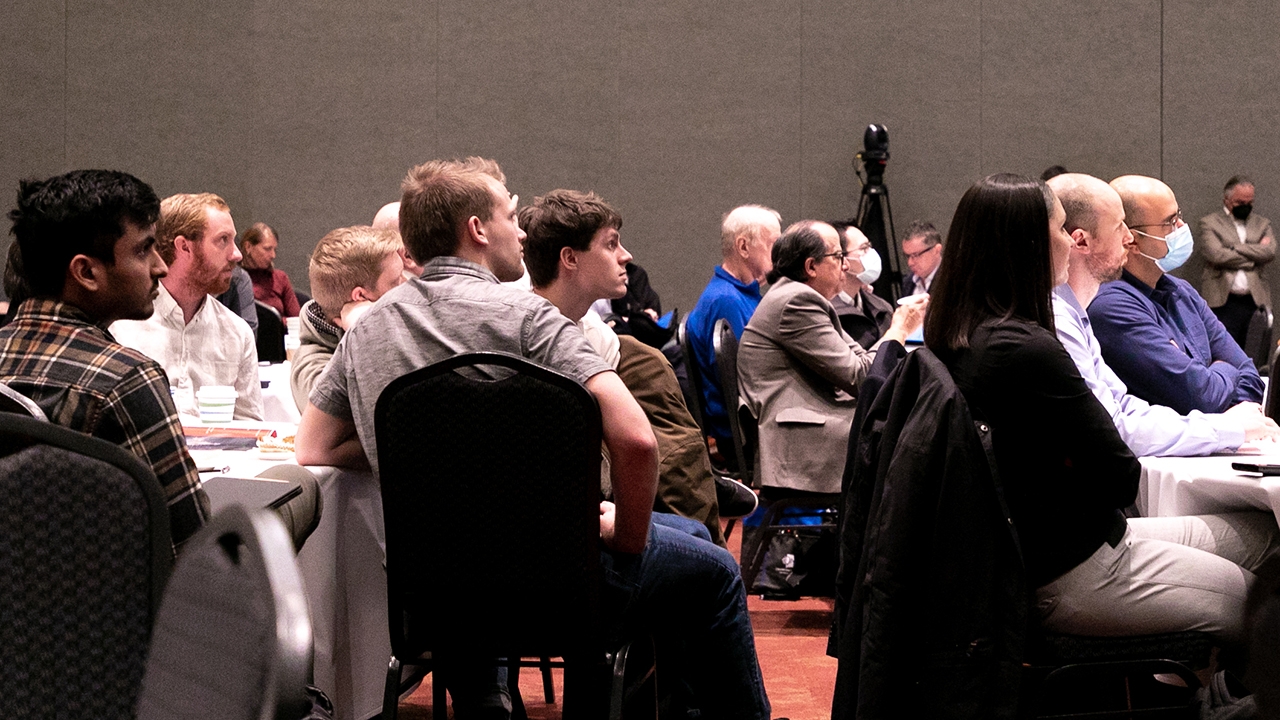 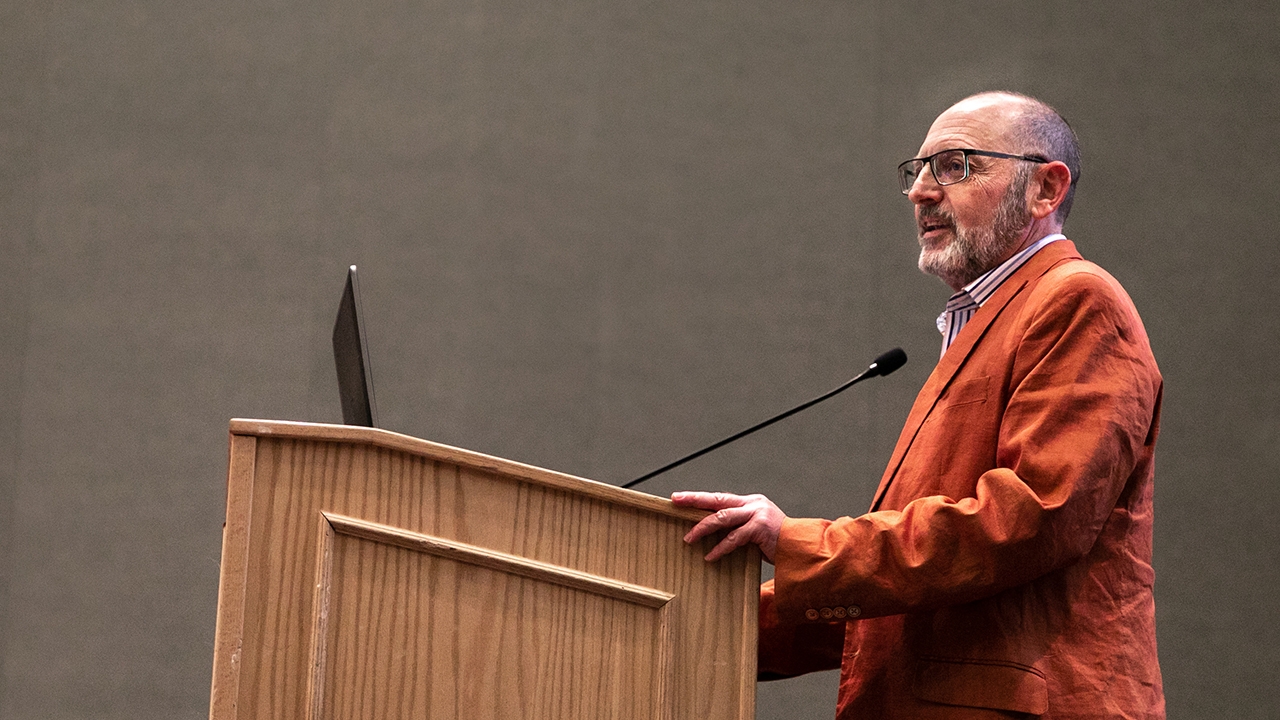 Ivan Deutsch, director of UNM’s Center for Quantum Information and Control (CQuIC), presented a talk as part of the Quantum New Mexico Symposium.

New Mexico’s longstanding history of being on the forefront of quantum computing has now brought together some of the greatest leaders in the field to propel us into the Second Quantum Revolution. Quantum New Mexico (QNM), an initiative between The University of New Mexico, Sandia National Laboratories, and Los Alamos National Laboratories, has officially launched a coalition of some of the greatest powerhouses in the state to advance research, education, workforce and economic development -- and establish New Mexico as a Quantum State.

Through the QNM Coalition, major players within the field of Quantum Information Science (QIS) including the National Laboratories, major research universities, community and tribal colleges, and the growing quantum business community are coming together in an effort to establish New Mexico as a Quantum Hub for the nation. As a united team of leaders within the field, the possibilities for advancing their individual efforts over the past 30 years are endless.

To inaugurate this effort, UNM hosted a two-day hybrid Symposium from March 31 to April 1. Sen. Martin Heinrich, a longtime champion of QIS, delivered the keynote address, saying, “this new Quantum New Mexico partnership will be an essential ingredient in helping good ideas get their start in New Mexico, from research and development, all the way to commercialization, and larger-scale manufacturing…if we can all work together, and bring all of our resources to bear, I am confident that we can make New Mexico the best place for Quantum Science.”

Attendees were also given a firsthand look at how QNM will advance our technologies through tours of UNM’s cutting-edge facilities, including the new state-of-the-art Physics & Astronomy and Interdisciplinary Science (PAÍS) building and the Center for High Technology Materials (CHTM), as well as Sandia’s Center for Integrated Nanotechnologies (CINT).

"This new Quantum New Mexico partnership will be an essential ingredient in helping good ideas get their start in New Mexico, from research and development, all the way to commercialization, and larger-scale manufacturing…if we can all work together, and bring all of our resources to bear, I am confident that we can make New Mexico the best place for Quantum Science." – New Mexico Sen. Martin Heinrich

The head of Sandia’s Quantum Computer Science division, Tzvetan Metodi, also laid out a vision for the Institute which will advance workforce development in the state. Critical to New Mexico’s role in launching the Second Quantum Revolution has been education, and this is exactly what QNM-I will help expand. UNM, in partnership with Sandia and Los Alamos National Laboratories, has educated over 30 of today’s Quantum leaders in academia, industry, and think tanks. With QNM-I, the opportunities for future leaders in the field will grow exponentially. 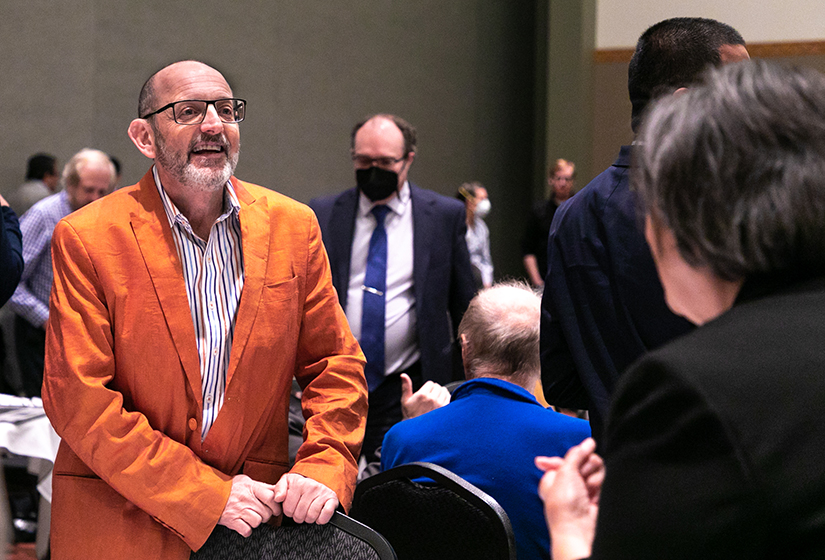 These and other young leaders described the crucial role UNM played in launching their Quantum careers by providing a culture of excellence that demanded the highest standard while providing an inclusive nurturing environment. With QNM-I, their shared experiences will be felt more broadly across a whole new generation of leaders.

The QNM Coalition
The second day of the QNM Symposium focused on the broader efforts of the QNM Coalition, economic development, and workforce development. UNM’s Assistant Vice President of Research, Dave Hanson, presented a vision for New Mexico’s partnership across the state. The virtual program featured a Quantum Industrial Spotlight including the Quantum leaders from big tech companies Microsoft and IBM and surging quantum startups such as IonQ and Cold Quanta, with a strong endorsement of New Mexico as a Quantum State.

Building the quantum economy is a priority of the QNM initiative, and Michael Devetsikiotis, chair of UNM’s Electrical & Computer Engineering Department, led a panel to address this very topic. With Jon Clark from New Mexico’s Economic Development Department and leaders from UNM Rainforest Innovations, New Mexico State’s Arrowhead Center, and National Laboratories, the economic development priorities central to expanding the quantum-ready workforce were addressed. This effort requires engagement at all levels, with current plans for a high school Q-Camp, undergraduate hands-on experience through QU-REACH, and the world-class Los Alamos Quantum Computing Summer School.

New Mexico is a Quantum State
The QNM Symposium is only the start of QNM. Going forward, this collaborative effort will rise to the challenge presented by UNM Vice President for Research, Ellen Fisher and Sarrao to solidify New Mexico’s standing as the Quantum State. With the growing partnership in the QNM Coalition, and all of the potential of our diverse and talented population, the future is Quantum.