The awards carry a $1,000 cash stipend. This year the number of awardees was expanded to 10 after UNM President Robert Frank contributed a portion of his budget to the staff council, which hosts the awards.

Erika Alas is the lead custodian at the Health Sciences Center Cancer Research Facility.  She is a floor care specialist whose work has “significantly improved the level of service provided at CRF.”  She has been praised by product representatives who take photos of the floors in the CRF to use as examples.  Alas responds to emergency calls during off hours and says her goal is to help other custodians ”learn the art of floor care.” 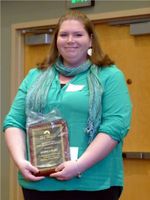 Andrea Hart is a student activities specialist in the Student Activities Center.  Her nominators say she is a dedicated mentor for many minority students who are a part of the NASPA Undergraduate Fellows Program.  As part of the program, students who are interested in pursuing a career in the field of student affairs shadow her.  Hart is a volunteer photographer for the more than 100 events the department hosts each year.  Her nomination says she makes a big difference in the lives of many students on campus. 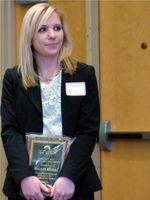 Hallee Kells is a student affairs specialist in the Dean of Students Office.  She took the lead in creating and organizing “Freshman Week” and the “class of” initiative for freshmen.  Each freshman that goes through student orientation is encouraged to sign their “class of” banner as a way to signify their pledge to graduate from UNM in four years. The banners are hung in the student union building and are hung at graduation ceremonies.  Kells is also involved in the Dean of Students Office “Alternative Spring Break.”  For each of the past three years, she and another staff member accompany UNM students to areas such as New Orleans to assist in community service work during spring break. 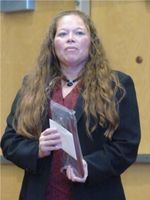 Diana Rios is a field supervisor of bus services for Parking and Transportation Services.  She helped design the Lobo Village, Mesa del Sol, and Student Services bus routes. She also coordinates bus shuttle services for more than 200 special events each year.  Her job is to ensure that all shuttles are on time and properly coordinated.  Her nomination says she has also done more than was asked in her job description.  For example, she was once discovered helping a group of ladies who suffered a flat tire in “G” lot after a late night Popejoy Hall Event. 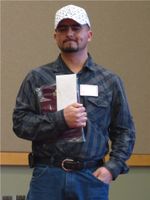 Rafael Rios is a custodian with the Physical Plant Department on main campus.  He was nominated by the Dept. of Anthropology who are appreciative of his work on problems in their building, and on his ability to anticipate the needs of the department and to act on them.  His attention to detail helps the department to deal with graffiti, doors that are inappropriately propped open and other issues.  The nomination especially cites his great attention to detail. 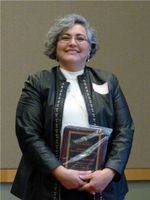 Deanna Sanchez-Mulcahy directs the College of Fine Arts student advisement program.  Her nomination says, “Over the past eight years Deanna has brought the CFA’s advisement out of the ‘dark ages’ and into the light of the 21st century.  She is being honored for her mentoring management style and her encouragement of staff to seek professional development.   Her nominators say her progressive leadership inspires innovative best practices in advisement and service delivery. She serves on many university-wide student advisory committees including the Freshman Learning Advisory Board and the Foundation of Excellence. 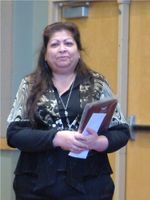 Marisol De Leon, the administrative assistant for the Anesthesiology & Critical Care Medicine Department “has single handedly kept the administrative portion of the neurological, cardiothoracic and trauma surgical burn intensive care unit running for the last two years.”  She is mentoring other administrative personnel.  Her nominators say there would be no productive surgical critical care at UNM without her because she arranges every aspect of the work. 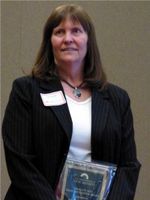 Janet Werner is the coordinator and graduate academic advisor for the Occupational Therapy program.  Her nominators note that “She is always patient, gentle, listens to students completely, and helps them to find answers, relax and get unstuck. “  She is being honored for giving students confidence and assisting them through the bureaucratic logistics so they can focus on her work.  Her nomination notes her dedication, self-motivation and commitment as well as her service ethic. 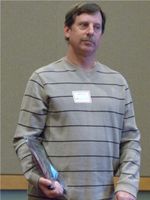 Dan Zillich has been the RF engineering manager at KNME for nearly 20 years.  His nominator’s note that is has placed himself on call 24 hours a day, seven days a week.  He is honored for his efforts to deliver a reliable signal to all viewers, even those in very remote locations in New Mexico, where public television is the key entertainment and an educational activity.  Zillich was responsible for coordinating with key parties to deliver an over the air signal to Shiprock on the Navajo Nation, and for saving his station time and a significant amount of money.  His efforts have allowed the KNME signal to reach an additional 17,000 viewers.

David Stiger works at the Gallup campus as the Senior Academic Advisor.  He is a retired U.S. Navy Veteran and a UNM alumnus.  His nominators say he ‘single handedly runs the new student orientations and he represents UNM as a liaison to the community veterans groups called Veterans Helping Veterans. The group assists on the Gallup Campus of UNM during events.