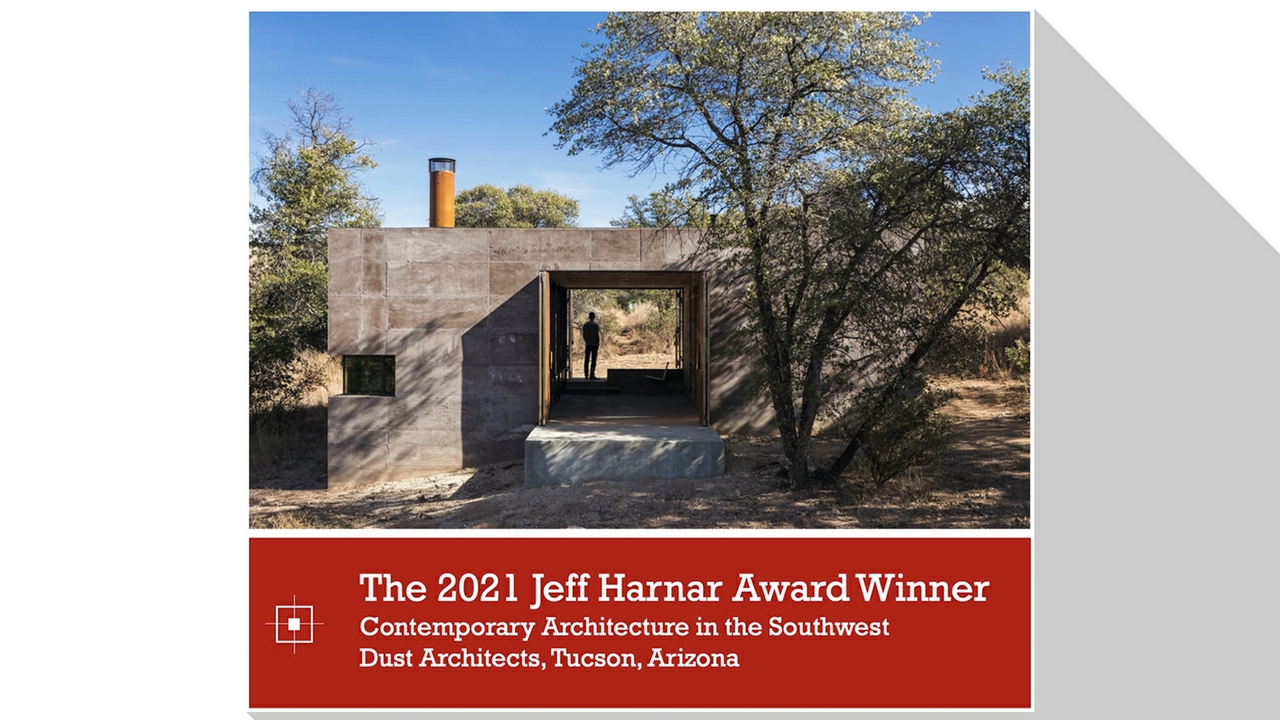 The University of New Mexico School of Architecture + Planning and the Thornburg Foundation are thrilled to announce winners of the 2021 Jeff Harnar Awards, an annual program established in 2007 to remember Santa Fe architect Jeff Harnar, by his friend Garrett Thornburg. Thanks to the generosity of the Thornburg Foundation, this year’s awards feature an expanded geographic radius of eligibility, additional awards categories and new prize monies for the student awards.

Held virtually on Friday, April 16, this year’s award ceremony kicked off with the Jeff Harnar Lecture delivered by Elaine Molinar and Craig Dykers, partners in the internationally renowned architecture practice Snøhetta. Molinar also served on the awards Jury, alongside distinguished practitioners and educators of architecture and landscape architecture Marlon Blackwell, Deborah Berke, Rene Davids, Andrés Jacque, Carlos Jimenez, Phoebe Lickwar, Frederick Steiner, and Thaïsa Way. The jurors discussed the overall pool of submissions, and how they reflect trends in contemporary practice, during a Zoom dialogue held the night before the awards ceremony.

“This year’s expanded radius—now encompassing the Four Corners States of Arizona, Colorado, New Mexico, and Utah—is designed to promote dialogue among practitioners, educators, and students in this region,” explained Robert Alexander González, Dean of the School of Architecture + Planning. “We want to initiate a conversation about what makes Southwest contemporary architecture and landscape architecture so distinctive. And we want to find out how design practices in this part of the country are responding to the most pressing issues of the day, namely water scarcity, climate change, relationship with the landscape, and social and cultural change.”

With the last issue in mind, entrants for the largest award were for the first time asked, as part of their submission, to answer a question about how, if selected as the award recipient, their firm would use the $10,000 prize to enhance diversity, equity, and inclusion within their practice.

“The jury noted that many of the top entries across all categories had a strong social focus, said Anthony Fettes, assistant professor of Landscape Architecture and this year’s award program coordinator. “Additionally, there was a deep connection to place through a fondness of the vernacular with an exploration of lost practices, along with a humbleness yet bold clarity reflected in the professional work. The jury concluded with insightful discussion regarding to how we define the Southwest, which will definitely influence the criteria for the Jeff Harnar Awards in the future.”

Four Honorable Mentions were also bestowed by the jurors: