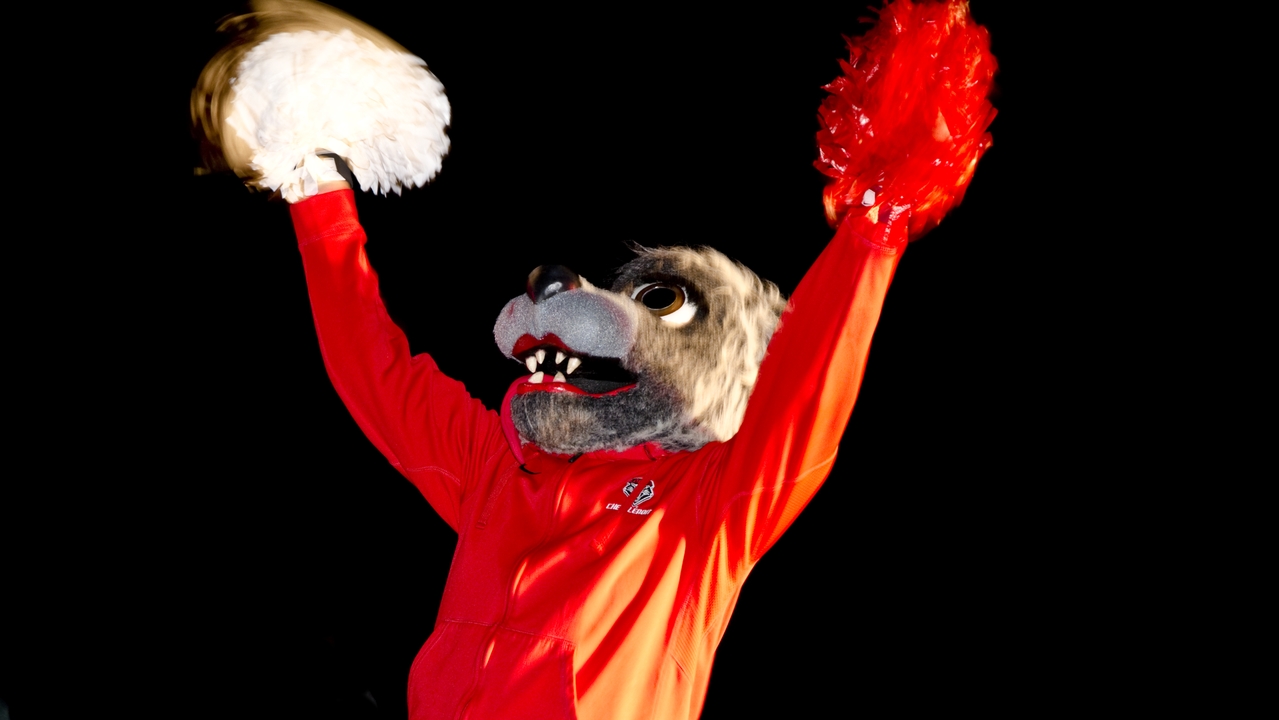 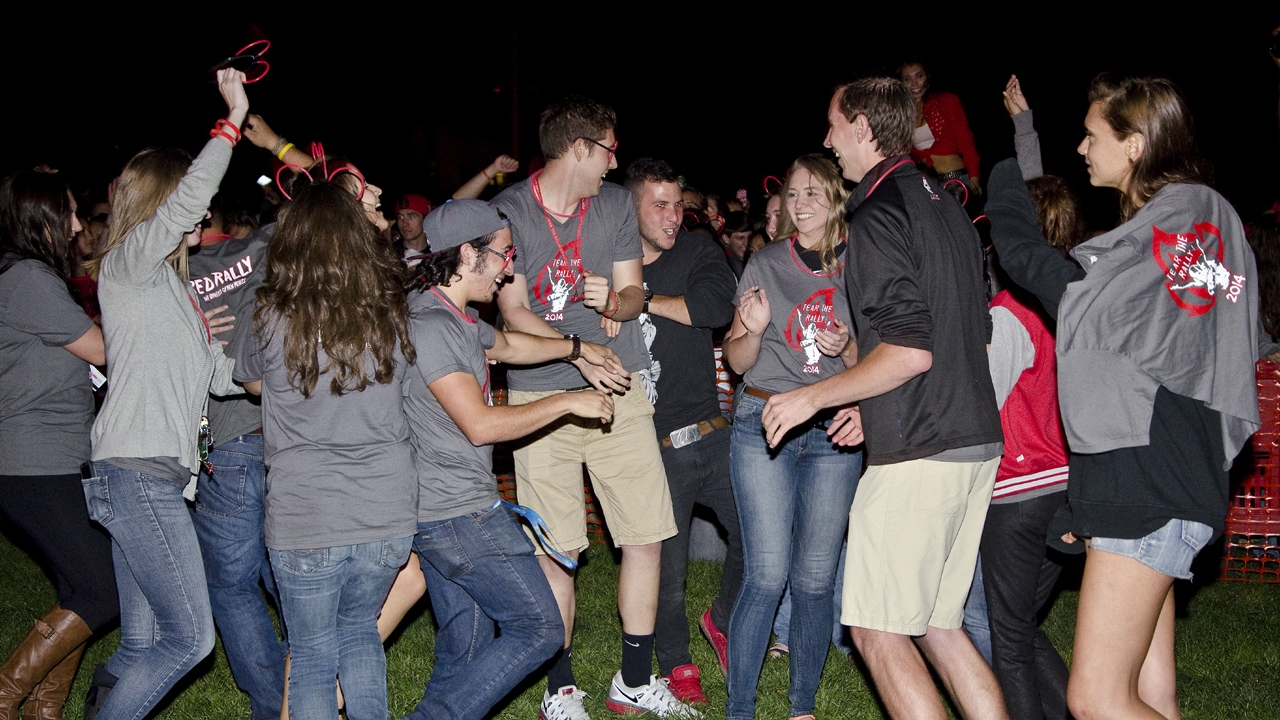 Students having fun at Red Rally. 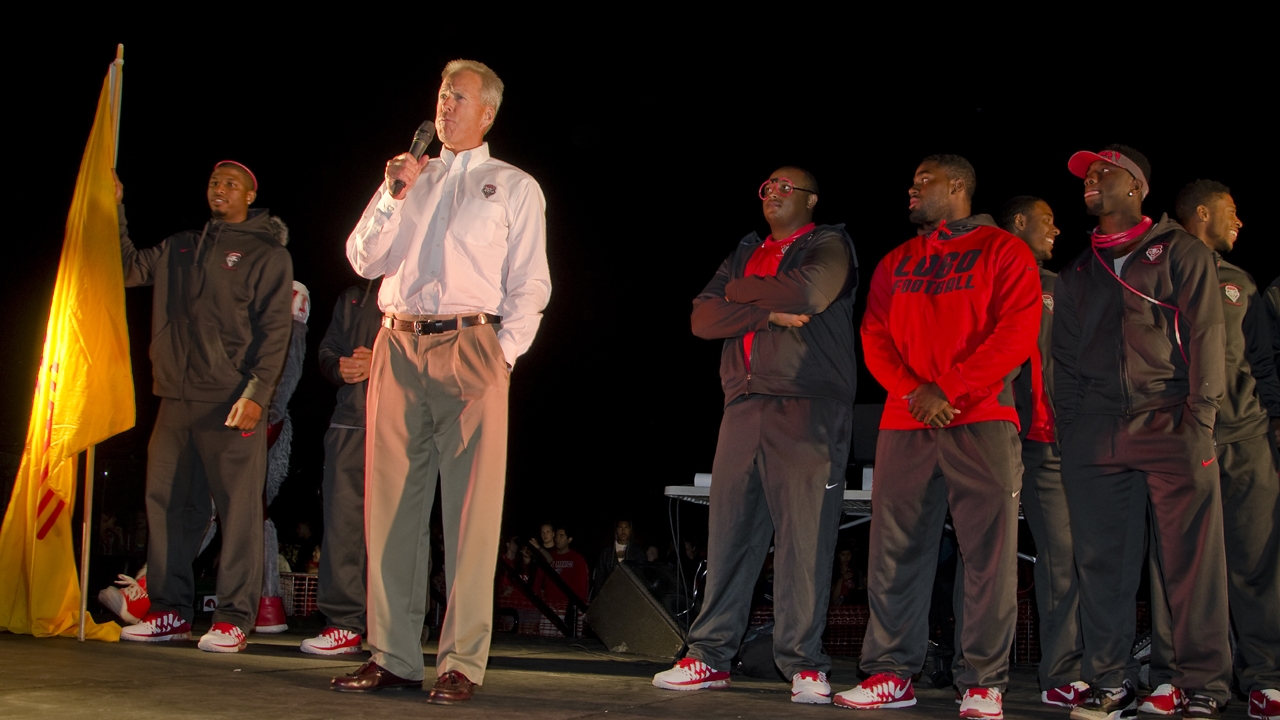 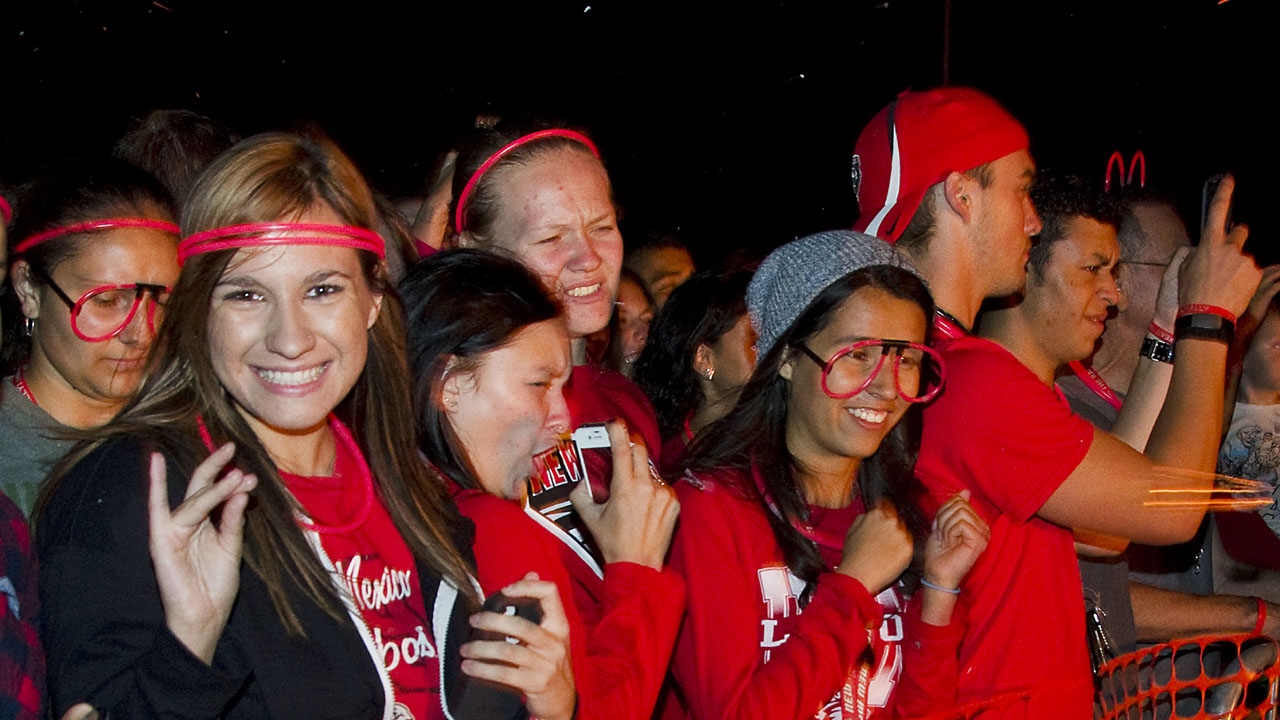 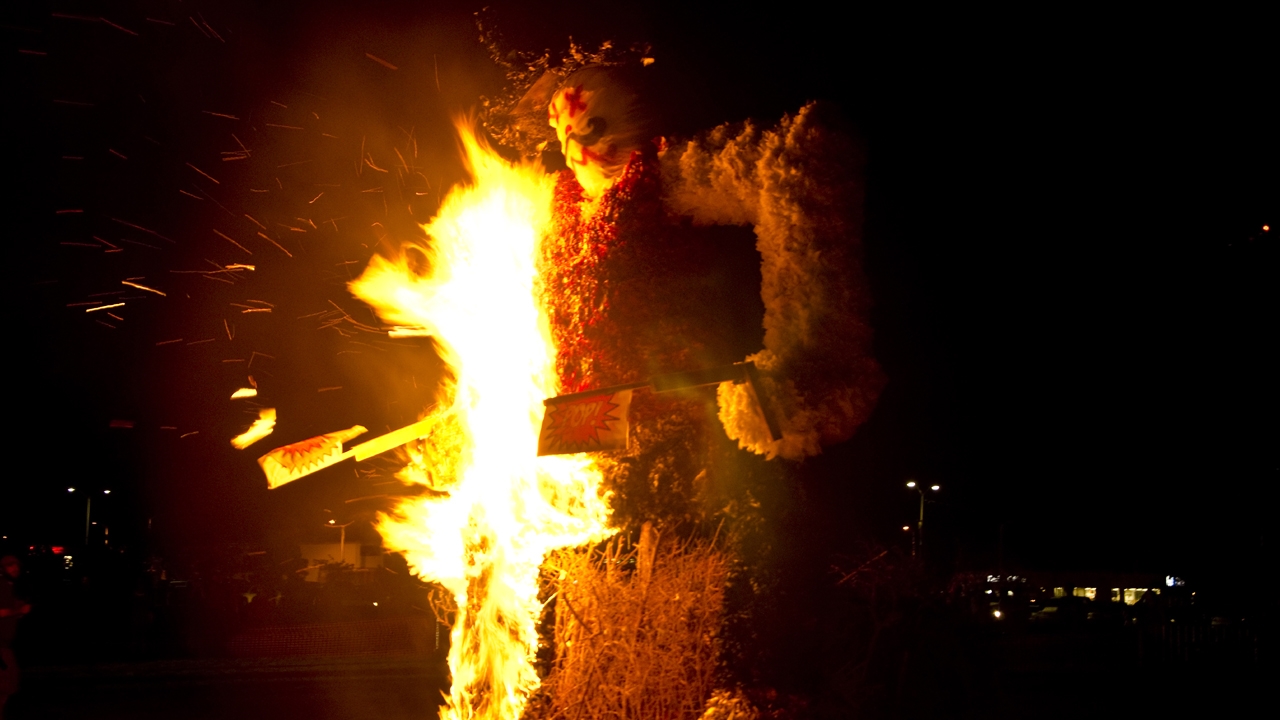 Pistol Pete goes up in flames.

Johnson Field is preparing for over 3,000 students to flood its field and celebrate the annual burning of the 25-foot Aggie for the annual Red Rally on Thursday, Sept. 19 starting at 8 p.m.

Red Rally began in 2003 by ASUNM Lobo Spirit as a way to up the ante in the fun-spirited rivalry between UNM and NMSU and harness the Lobo community’s excitement and energy for the Rio Grande Rivalry. Red Rally started earning its way into the Lobo community’s heart early on by becoming the pep-rally for the UNM vs. New Mexico State Game that occurred every year, the Thursday before the game. 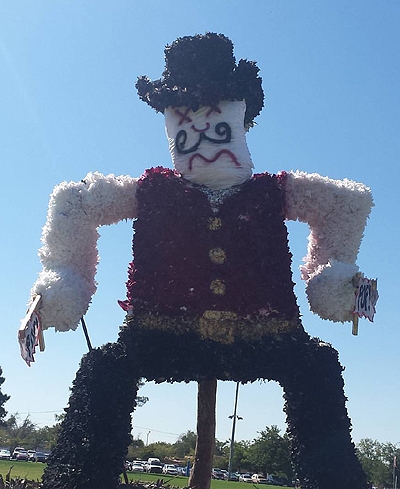 Since then, Red Rally has made its mark on not just the UNM community, but nationally as well. It was ranked No. 55 in the Sports Illustrated’s “102 Things You Have to do Before you Graduate.”

Now in 2019, the event includes a pep rally featuring the UNM football team, spirit squads, marching band, local DJs and Lobo Louie and Lucy. The event itself is centered around the burning of a 25-foot-tall replica of the NMSU mascot, Pistol Pete.

The replica itself was built over the course of five weeks and included over 30,000 napkins, 15 four-foot stacks of newspaper and rolls upon rolls of chicken wire.

“Lobo Spirit and all of our volunteers have been working tirelessly over the past five weeks to put on Red Rally for our community,” says ASUNM Lobo Spirit Executive Director Kaylee Maxon. “I’m really excited to see the turnout this Thursday especially because we have that home advantage. With that, I think that that’s going to drive the hype behind Red Rally been more and Red Rally is only going to be bigger and better this year.”

Red Rally is intended to be a place for Lobos to express their cherry and silver excitement and increase campus excitement for the UNM v. New Mexico State Game that will be taking place that coming Saturday.

“I hope to see all the students there Thursday night and Saturday supporting our fellow Lobos, let’s beat State,” adds Maxon.

This year the rivalry game takes place at UNM Dreamstyle Stadium on Sept. 21 at 2:30 p.m. Tickets are available at UNM Tickets.