University of New Mexico Regents Professor of Biology Dr. Maggie Werner-Washburne will be honored with the 2011 Distinguished Scientist Award by the Harvard Foundation during a luncheon on Friday, April 8 in Cambridge, Mass. The award recognizes internationally noted scientists for their scientific achievements and for promoting and upholding the standards of sciences to improve and serve our diverse society.

The presentation precedes the annual Harvard Foundation Albert Einstein Science Conference Advancing Minorities and Women in Science, Engineering, and Mathematics. At the ceremony, the Foundation will present Werner-Washburne with its special science award from the president of Harvard University, the dean of Harvard College and the director of the Harvard Foundation, recognizing her service and scholarship in the sciences.

"I am quite humbled by this recognition. It has been given to some extremely renowned scientists, including Nobel Laureates, and educators, including Jaime Escalante of "Stand and Deliver," said Werner-Washburne. "It is my hope that this recognition helps me focus on completing the work that I began more than 20 years ago here at UNM and nationally to help students do great science, find their voices, use their imaginations, and follow their hearts."

Each year, about 150 visiting students from under-resourced communities are treated with exciting faculty lectures and hands-on experiments aiming to engage them about the marvels of science, and to encourage the pursuit of science education. The conference is co-sponsored with a number of Harvard student organizations that wish to advance American science through increased participation of a diverse group of American citizens, representing all cultural backgrounds.

"It took me many years to find my voice in science and I know my background and path into the sciences still surprises some of my colleagues," said Werner-Washburne. "At UNM and nationally, I work with a rainbow coalition of students to help them find the joy in their own creativity and abilities, understand what they have to bring to the table, and to know that they have a significant role to play now and in the future.

"Making diversity happen and succeed is tricky – everyone comes from a slightly different place. But when it works, it leads to amazing creativity. I think my research and the success of my students is a testament to the potential of this approach."

"The Harvard Foundation has been fortunate to host distinguished guests from around the world each year," said S. Allen Counter, director of the Harvard Foundation and professor of Neurology/Neurophysiology at Harvard Medical School in an invitation letter to Werner-Washburne. "These individuals range from heads of state to outstanding scholars, scientists, religious leaders, artists, athletes, and others whose works and deeds have served to enhance the quality of our lives. We firmly believe that your scientific achievements and contributions deserve special recognition."

Werner-Washburne's research has been funded continuously since 1989 through NSF, NIH, and collaborations with colleagues at Sandia National Laboratories. She collaborates with scientists and engineers in New Mexico, Europe, and Canada. Her laboratory pioneered studies the genomics of stationary phase in yeast, providing insights into biological processes from aging to stem cell biogenesis.

Werner-Washburne also runs the NIH-funded Initiatives to Maximize Student Diversity (IMSD), which supports five New Mexico graduate students and 20 undergraduate students at one time to do research and prepare for graduate school. Since 2004, when Werner-Washburne took over the program, IMSD students have co-authored almost 80 papers, with almost 120 student co-authors. In the past two years, 14 of 18 graduating seniors have gone or have been accepted to graduate programs around the U.S. and at UNM. Since 2004, the IMSD program has produced 20 minority Ph.D.s and, this fall, will have more than 30 students from all over New Mexico in graduate schools from the University of Washington, Utah, UCLA, UCSD, Penn, UNM and elsewhere.

Werner-Washburne attributes the success of her programs to the combination of building a strong team within the program, creating a culture of success that supports students, staff, and mentors, and using guiding principles to help the students know how to deal with challenges by: 1) knowing their hearts, a practice that is important throughout your life; 2) looking for the positive in every challenge – because it helps you move forward, understand how to learn from difficulties, and use that understanding to help yourself and others; 3) embracing all that they are and bringing it to the table, because each student represents more than themselves and they need to bring that depth of learning and experience if they are going to be leaders; and 4) remembering that science and life are like gymnastics – everyone remembers the landing – so look back as you are leaving, thank those who have helped you, and honor what you have gained.

During the course of her academic career Werner-Washburne has earned numerous honors and recognition for her work in the biological sciences and with her students. Some of the academic awards and honors include: 2010 Outstanding Faculty Award, Project for New Mexico Graduates of Color; Sarah Bell Brown Pubic Service Award, UNM (2010); EE Just Lecturer from the American Society for Cell Biology (2005); Regents' Professor, UNM, 2009; Andreoli-Woods Lecturer, Cal State LA, 2007; Mujeres Valerosas award, Hispanic Women's Council (2006); Fellow or the American Society for the Advancement of Science (2006); and the Society for the Advancement of Chicanos/Latinos and Native Americans in the Sciences (SACNAS) Distinguished Scientist Award (2005). 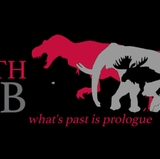 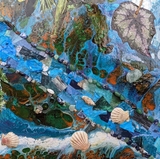 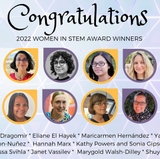