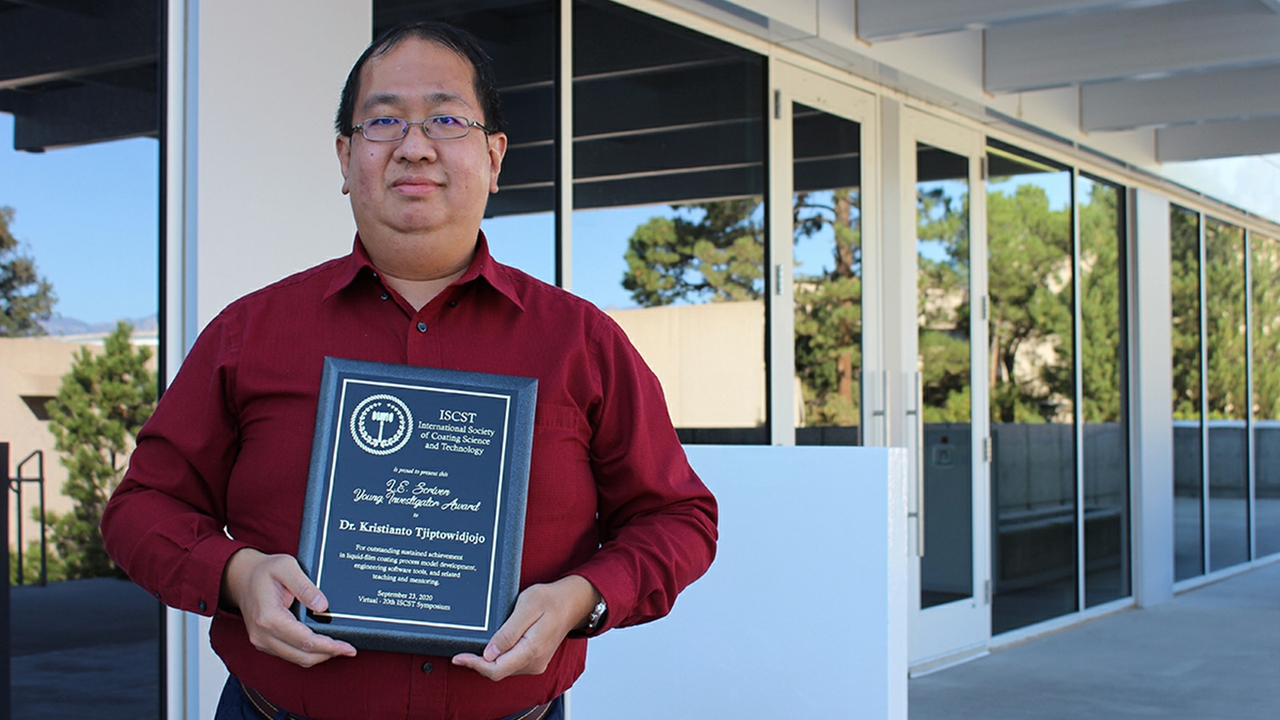 Kristianto Tjiptowidjojo, a research professor in the Department of Chemical and Biological Engineering at The University of New Mexico, presented his research on coating and received the young investigator award during the recent 20th International Coating Science and Technology Symposium.

Slide coating is a technology invented by Kodak in the 1950s and originally used to manufacture photographic film products.

“What makes this technology so powerful is enabling precise simultaneous coating of multiple thin layers of liquid film (as many as 23 layers have been successfully demonstrated),” Tjiptowidjojo said. “My presentation is focused on how to produce defect-free PEM Fuel Cells using this technology.”

Tjiptowidjojo also received the L.E. Scriven Young Investigator Award. This award is given in recognition of outstanding sustained achievements or one-time breakthroughs in the area of continuous liquid film coating science and technology. Those nominated for this award must be 40 years old or younger. The award is sponsored by the International Society of Coating Science and Technology. He received a plaque and $500.

“It means a great deal for me. I was one of the last Ph.D. students of the late Professor L. E. Scriven before his passing in 2007,” Tjiptowidjojo said. “Professor Scriven has been very influential in my formative years as a researcher, especially in his constant insistence of excelling in whatever research method I employ, be that in theory and experiment.”

Tjiptowidjojo is now focusing on a new collaborative NSF proposal to establish a center for educating undergraduate and graduate students in computational mechanics.

“There are less and less students choosing this particular field due to it being less trendy than other computer-related research such as machine learning and cybersecurity. My hope is that we can address that shortage with this center,” Tjiptowidjojo said.