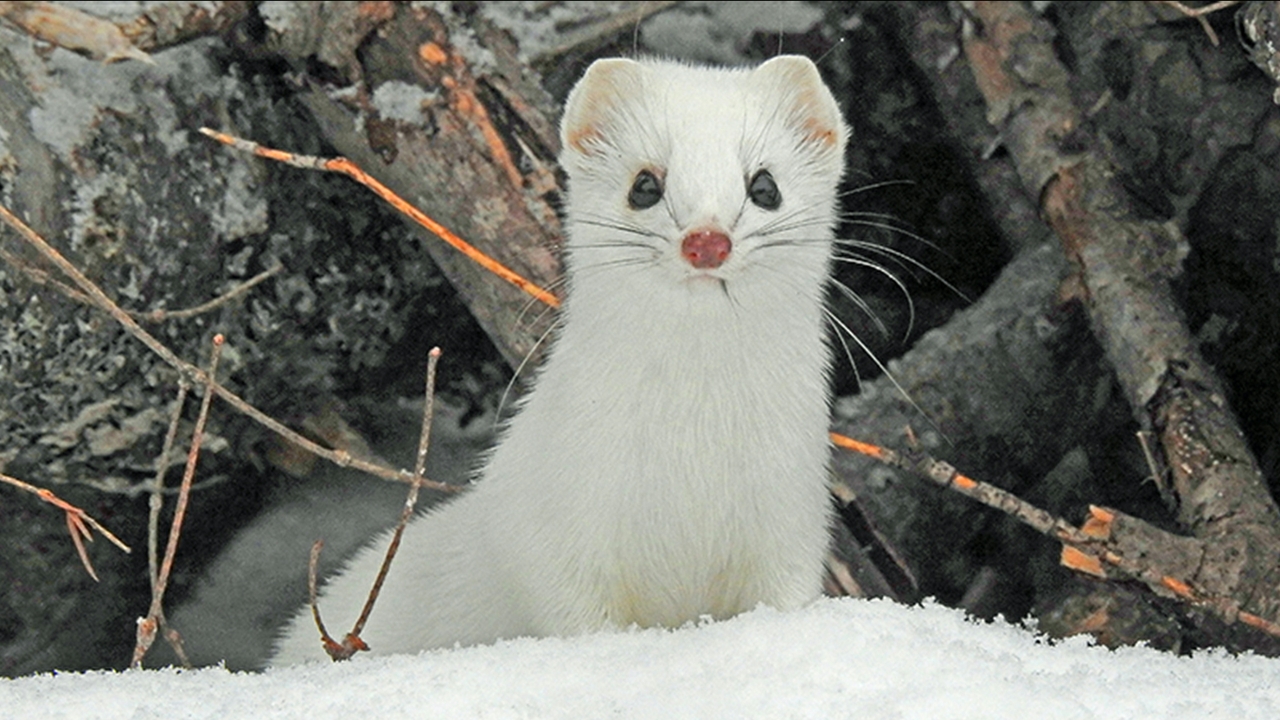 Recent University of New Mexico Ph.D. graduate Jocelyn Colella has been awarded the 2021 Popejoy Dissertation Prize for her work studying the genetic diversity of weasels. Her research, including the use of resources at the UNM Center for Advanced Research Computing to conduct analyses of genomic sequences, resulted in new insights into the evolutionary processes that shape boreal species diversity in response to Earth’s glacial-interglacial cycles.

Over time, Earth’s climate has undergone slow fluctuations between colder and warmer temperatures, causing the glaciated portion of the globe to expand and shrink. These changes have considerable effects on the evolutionary paths and distributions of species across the globe, including those in boreal ecosystems—snowy forested areas found at Northern latitudes. It was long believed that boreal regions were purged of their native inhabitants during glacial periods, resulting in a “blank slate” to be slowly repopulated once the planet warmed up again.

The blank slate model has been challenged, however, by contemporary research in support of the Coastal Refugium Hypothesis. This postulation suggests the existence of small pockets of land within boreal areas, called “refugia,” where species could have lived through glacial periods.

“Instead of a blank slate, northern latitudes represent mosaics of populations that are recolonizing and expanding from various refugia. Isolation in refugia allows populations to slowly diverge or become different, while expansion from refugia may lead to contact between different populations and genetic exchange through hybridization... The cyclic nature of climatic cycles means that different refugial groups may have multiple opportunities for isolation, followed by contact and interbreeding, which leaves footprints on their DNA,” Colella explained.

Colella searched for these “footprints” in the genomes of two boreal mammals: the marten (genus Martes) and the ermine (genus Mustela). These weasels have been seldom studied and, due to their broad distributions across the boreal zone, represented a prime opportunity to observe the effects of Earth’s glacial-interglacial cycles on mammals native to northern latitudes.

Colella examined and archived hundreds of weasel skulls and frozen tissue samples from the Museum of Southwestern Biology and used CARC systems to analyze the genetic makeup of the frozen tissue samples. Genomic sequencing is a vitally important tool in parsing out cryptic diversity—different species that haven’t been recognized yet due to their physical similarity to other species or inadequate sampling. Cataloging genetic data can yield information that may not be perceptible through physical observation of animals.

Colella noted the importance of CARC to her research, writing, “The CARC support team was instrumental in my success in graduate school. The positive experience I had working with and learning from the experts at CARC [is] part of what inspired me to teach bioinformatics (computer programing for biologists) to the next generation of biologists.”

Through this research, Colella was able to identify three species of short-tailed weasels (Mustela erminea, Mustela richardsonii, and Mustela haidarum) and two species of martens (Martes americana and Martes caurina), as well as many subspecies within each of these groups. The pattern of diversity revealed by her work indicates that some of these species have lived on islands along North America’s North Pacific Coast for tens of thousands of years, including past glacial events, supporting the Coastal Refugium Hypothesis.

The identification of these lineages also has important implications for conservation efforts. For example, the scarcity of hybrids between species of marten, despite habitat overlap in multiple areas, suggests that hybrids may be unable to reproduce or are in some way less fit for survival. Thus, if conservationists attempted to repopulate one species of marten by mixing it with the other, it could result in a reduction in population size rather than an increase. This project will help to ensure the effectiveness and sustainability of marten conservation strategy.

After receiving her Ph.D. at UNM, Colella completed a two-year postdoctoral research position with the MacManes Lab at the University of New Hampshire (UNH). At UNH, her research focused on the genetics of desert adaptation in small mammals. Colella recently accepted the position of assistant professor and Curator of Mammals at the University of Kansas where she will begin teaching in the Fall of 2021. She will teach ecology and evolutionary biology and introduction to bioinformatics as well as curate the Mammal Division of the University of Kansas Biodiversity Institute & Natural History Museum. At her new position, she plans to continue research on mammalian genetics.

Colella hopes to apply the expertise she gained at UNM to her stewardship of the University of Kansas Biodiversity Institute & National History Museum. She commented, “In addition to CARC, the UNM Museum of Southwestern Biology (MSB) was critical to the success and completion of my dissertation. Museums like MSB act as DNA biobanks, with archives of frozen tissues available for use by the scientific community in genetic investigations… In my new position as Curator of Mammals at the [University of Kansas] Biodiversity Institute, I will work to build similar research collections for mammals through active biological fieldwork and collaborative specimen sourcing from the community at large.”

Colella’s research was conducted in association with the Cook Molecular Evolution and Ecology Lab, headed by Professor Joseph A. Cook. Colella’s work was supported by the American Society of Mammalogists, the Society of Systematic Biologists, The Wildlife Society (Alaska Chapter), the UNM Center for Evolutionary and Theoretical Immunology, the Department of Biology at UNM, the U.S. Geological Survey, and the National Science Foundation.