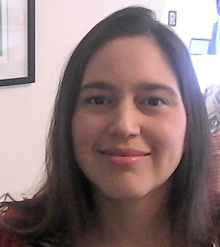 “The essay demonstrates how scholarship on this topic has tried to downplay and erase these racist incidents which depicts the text as pre-racial,” Gracia said. “This model is important because it asks that we rethink the ways we study the Middle Ages. It asks that we retrain ourselves to study how power and dehumanization function in medieval texts. It also asks that we confront how so much of the work created by medievalists is compatible with the ideologies of white supremacists who often identify with an imagined warrior class such as the Vikings.”

Gracia is an Assistant Professor of English at UNM and a medieval activist with a goal of making medieval studies more inclusive. Her nominated article focuses on racial awareness in Old Norse literature and culture.

“In every capacity, Professor Otaño Gracia’s article is impressive for its erudition, originality, rigor, and critical acuity: for its linguistic range and comparatist expertise; its sensitivity to complex textual nuances; its grasp of historiography and the implications of historiography for white supremacy today; and for the article’s keen attunement to the complicities of translations that obscure racialized markers and language in the transmission and scholarly reception of medieval texts,” said the adjudication committee. “Pushing back against our field’s expectations and assumptions, Nahir I. Otaño Gracia’s article has provided us with new, groundbreaking, and highly-original research that forges pathways for all scholars who are contemplating, and attempting, new areas and languages of research and pedagogy.”

The Medieval Academy of America Article Prize in Critical Race Studies was established in 2020 to examine the significance of race in medieval studies. Annually, a winner is awarded for writing an article published in scholarly journal which explores questions of race and the medieval world.

The prize will be presented at the Academy’s 2022 Annual Meeting, hosted by the University of Virginia on Saturday, March 12, at 10:45 a.m. Eastern Time.