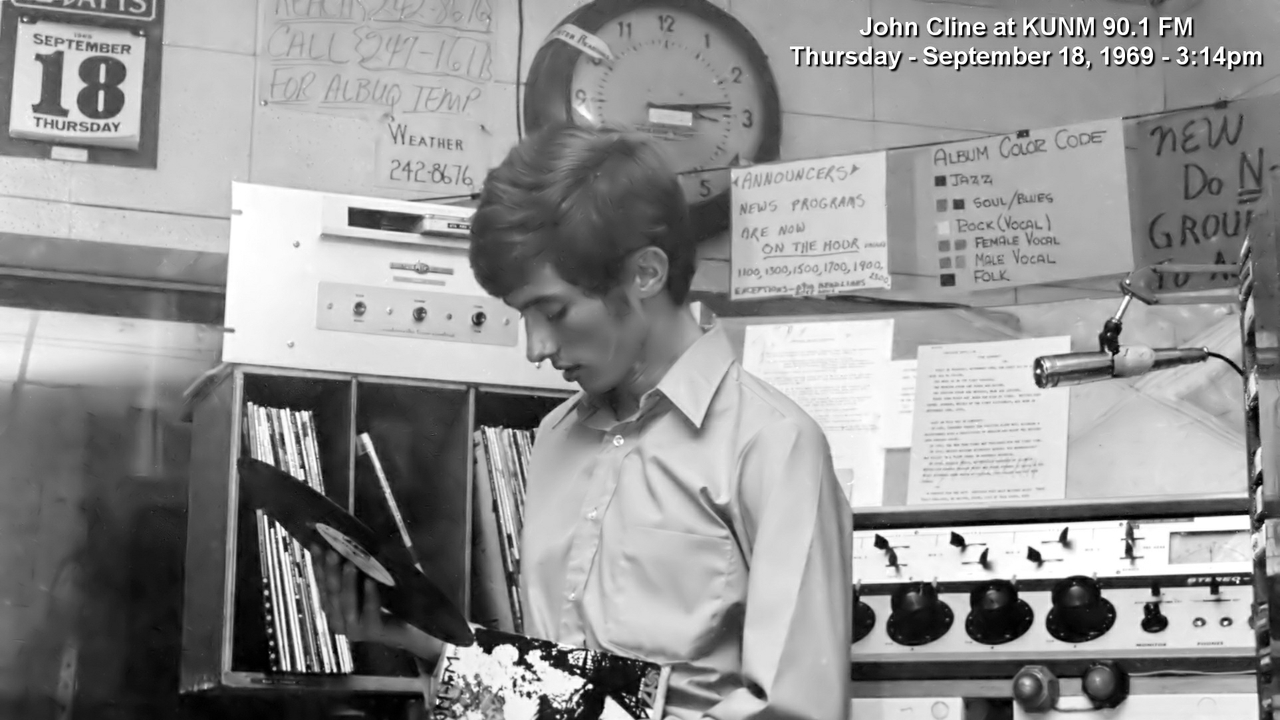 Like a lighthouse reaching across a dark night, radio broadcasts have brought joy and hope to people around the world for centuries. Here at The University of New Mexico, NPR affiliate KUNM is carrying on that mission by ensuring every member of the community has access to quality, consistent, interesting and informative radio.

Now the station is inviting listeners to travel back in time, reliving music magic as it was when KUNM broadcast out of the basement of the Student Union Building in the late 1960s and early 1970s.

“Being able to acknowledge these early pioneers of KUNM's sound is a rare privilege for me.” - Host Scott "The Doctor" MacNicholl

On Saturday, Oct. 24, in commemoration of the station's 54th anniversary, KUNM will revisit its roots with a special, retrospective edition of the Psychedelic Radio Head Shoppe. Broadcasting on 89.9 FM starting at 10 p.m., the special program will feature music from the early underground days. Up Against The Wall FM will play rare recordings of old KUNM musical programs as well as recent interviews with some of the station veterans who made it all happen. 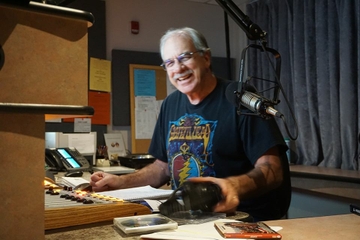 Host Scott "The Doctor" MacNicholl is the current host of the Psychedelic Radio Head Shoppe program and will lead the special broadcast – which has personal ties to his own life.

“Born and raised in Albuquerque, I began listening to KUNM in late 1968, as I was 14 going on 15. It set the table for what I would expect from good radio to this very day,” said MacNicholl.

MacNicholl worked closely with Kent Paterson, who tracked down and interviewed KUNM disc jockey veterans from more than four decades ago – gathering their stories to share with today’s audience.

“Kent has been diligently putting together KUNM's history, I consider him KUNM's resident historian,” MacNicholl explained. “I am supplying the radio canvas to present the KUNM part of interviews, field the original on-air recordings, and surround it all with music informed by the input provided by Kent's efforts. Being able to acknowledge these early pioneers of KUNM's sound is a rare privilege for me.” 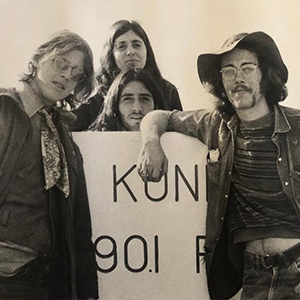 Back in the late 1960s and early 1970s, young KUNM radio spun the youthful soundtrack of a turbulent and changing nation. These were the glory days of Underground FM. The music that became known as classic rock-Janis Joplin, the Jefferson Airplane, Jimi Hendrix, the Grateful Dead, Led Zeppelin, the Doors and countless others-was fresh off the vinyl press.

Broadcasting at 90.1 FM, the student disc jockeys of KUNM were at the forefront of a musical renaissance and cultural revolution that was entrancing, joyous and revolutionary. These were formative and important years for KUNM.

Up Against the Wall FM is the second special program broadcast by the UNM-licensed station this year, exploring transformative times at the university and KUNM. Aired last April, The Days of May: UNM 1970, explored the May 1970 UNM student strike and National Guard incursion on campus through archival recordings of original KUNM news reports combined with remembrances of movement participants 50 years later.

Listen to KUNM on 89.9 FM or live-stream at kunm.org