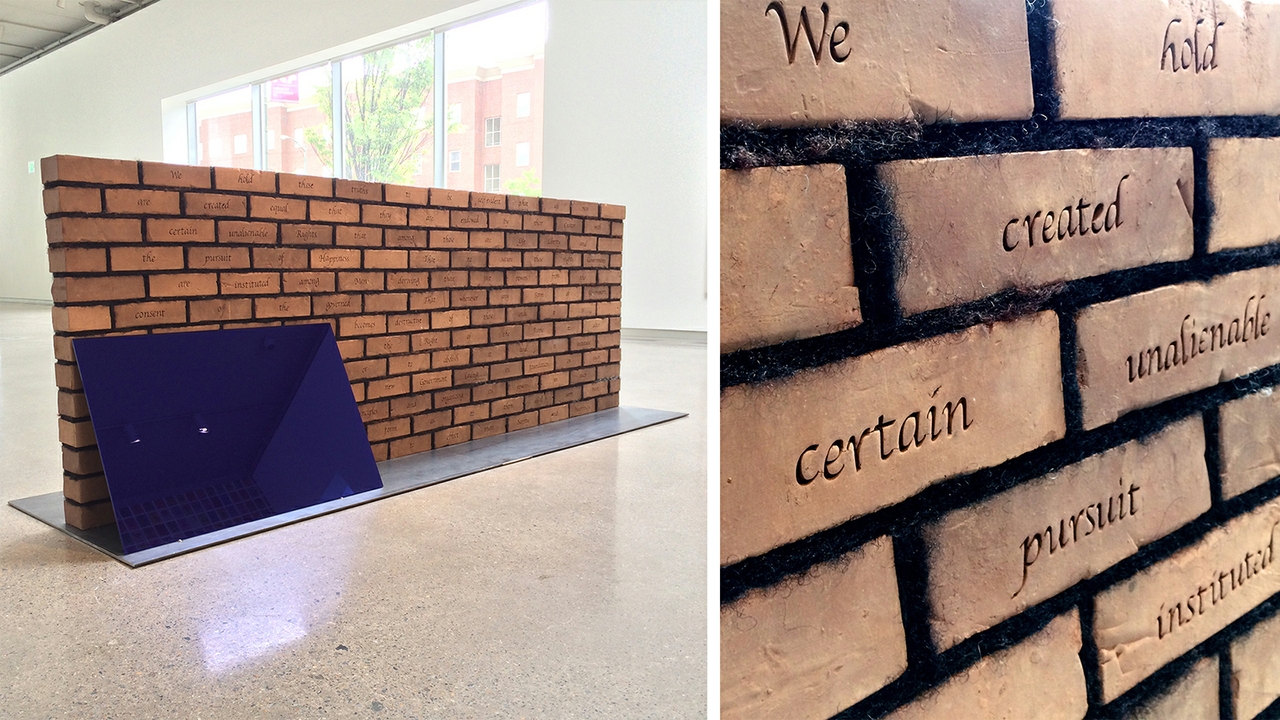 The University of New Mexico (UNM) Art Department, through the generosity of the Sylvia and David Gale Memorial Lecture Series, invites the public to attend a presentation by Sonya Clark on Monday, Nov. 5 at 5:30 p.m. in Dane Smith Hall, room 120.

A native of Washington D.C., and the daughter of a Jamaican mother and a Trinidadian father, Clark is an internatioanlly-acclaimed artist who addresses the complexity of American culture, founded through colonization, slavery and immigration. Her exquisitely crafted works transmit a heightened sense of critical awareness through the generosity of hand labor and use of materials rich in meaning such as hair, combs, pennies and flags.

Clark’s socially engaged works include The Hair Craft Project, which honors the creative integrity of everyday, unrecognized artists, and the Kente Flag Project, which explores ideas of cultural symbols and hybridized identity. Her performance piece Unraveling invited the general public to work side by side with her to unravel the Confederate flag, a potent symbol of racism, a thread at a time.

Clark holds a BA from Amherst College, a BFA from The Art Institute of Chicago, and an MFA from Cranbrook. Honors include Cranbrook 's Distinguished Alumni Award and an honorary doctorate from Amherst. Clark’s works have been exhibited in over 350 museums and galleries in America, Africa, Asia, Europe and Australia.

Her work has been reviewed in publications such as the New York Times, The Philadelphia Inquirer, the Los Angeles Times, Vogue Italia, Hyperallergic, and the Huffington Post. Clark has taught as a Visiting Professor of Art and Art History, Amherst College, and as a Distinguished Research Fellow in the School of the Arts at Virginia Commonwealth University, Richmond, VA. She served as Chair of the VCU Craft/ Material Studies and received VCU’s Distinguished Scholars Award.